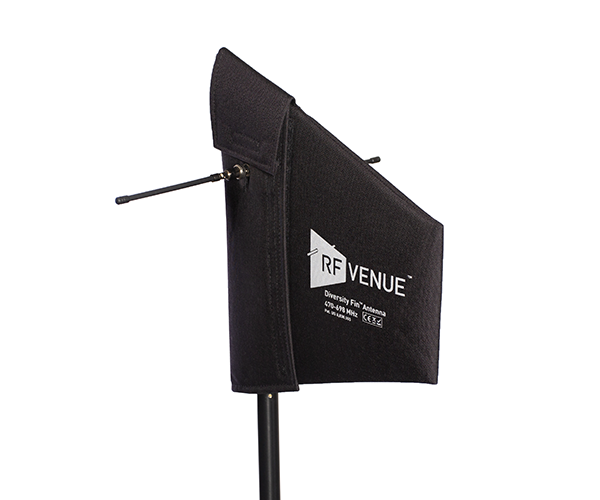 Back to all Hardware

The patented Diversity Fin® is a multi-purpose antenna for wireless microphones that reduces dropouts using a cross-polarized design. It combines one LPDA and one dipole antenna in an orthogonal (right angle) configuration. One element captures vertically polarized waves, and the other horizontally polarized waves—doing the same job as two “shark fin” paddles while greatly improving RF and audio performance.

To use, just connect both the A and B outputs on any antenna distributor or microphone receiver and point toward the stage.

The Diversity Fin has found widespread adoption across multiple pro audio segments for its performance, convenience, space, and cost benefits. From high profile live sound events, to film and TV productions, to routine installations in schools and churches, the Diversity Fin is the ideal all-purpose external antenna for diversity microphone systems of any brand. A parts kit is available to replace lost whip antennas and mounting blocks. For extra protection use we recommend this acrylic dome. 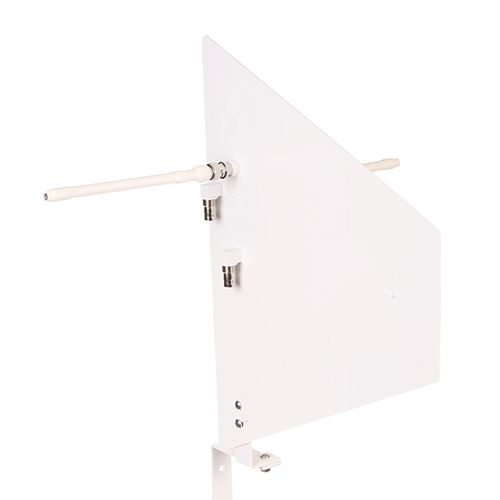 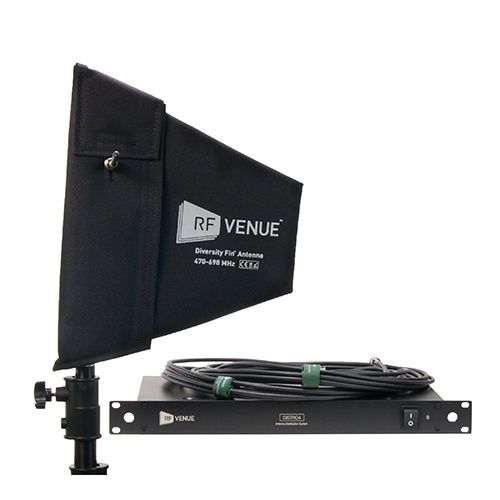 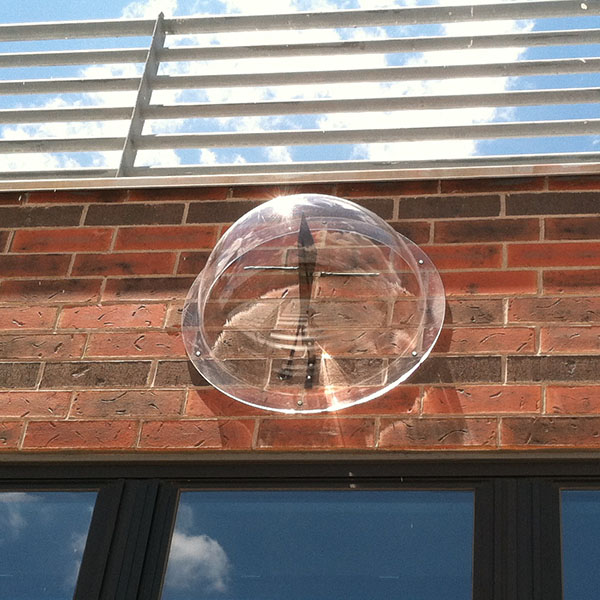 What is the range of the Diversity Fin?

The range of any wireless system depends on a number of factors, of which antenna type is only one. Antenna placement, noise floor, and interfering signals are by far the most significant factors in determining range. Very few live sound applications exceed antenna to mic distances of 300’. The Diversity Fin will provide the same or slightly better range than paddle/shark fin antennas, under the same RF conditions - which is more than enough for most production scenarios. Those who need longer range should consider the CP Beam.

How many DFINs are required per receiver?

Does the DFIN really work better than two paddles?

What about unity gain?

The Diversity Fin is a hybrid antenna with two elements: a dipole antenna with low gain, and an LPDA with medium-high gain. Experienced professionals have been told again and again that both antennas on a diversity receiver should be identical. We have discovered that unity antenna gain in a diversity system is a myth. We have debunked this myth again and again, quantitatively and in the real-world, since we released the Diversity Fin more than five years ago. We substantiate our claims in this white paper, in the video above, and through the thousands of professionals who are using a Diversity Fin today.

The Diversity Fin is designed to operate between 470-698 MHz.

Does the Diversity Fin work with in-ear monitors?

The Diversity Fin was designed for receive applications in a diversity receiver system. Although it is technically possible to use one of the two antenna elements (LPDA or dipole) for a transmit application, like an in-ear monitor, none of the Diversity Fin’s benefits will carry over to a transmit scheme. In other words, it defeats the point. You’re better off purchasing a single standalone paddle or a helical antenna to use with your wireless monitor.

Is the Diversity Fin compatible with my Shure/Sennheiser/AKG/AT/Lectrosonics XYZ?

The Diversity Fin is compatible with any model of diversity receiver from any manufacturer that has detachable antennas/external antenna inputs and operates in the UHF broadcast range (470-698 MHz US, 470-790 MHz UK/EU). Diversity receivers have two antennas on the back. Still unsure? Give us a call or drop us an email. We’re happy to help.

How many Diversity Fins do I need for my wireless system?

Only one. Systems with more than one receiver should use a distribution amplifier like our DISTRO4 to distribute multiple microphone signals through a single Diversity fin. We sell turn-key packages that include everything you need, including jumper cables.

The Diversity Fin is a passive, unpowered antenna. It does not require power of any kind. All you need is coaxial cable. We discourage the use of so called “active” antennas, as we find them to create more problems than they solve. More on that here.

How many wireless microphones can I use with the Diversity Fin?

You can use nearly unlimited wireless microphones with a single Diversity Fin if you use cascaded distribution amplifiers, like our DISTRO4.

Can I use a Diversity Fin Antenna Outdoors?

Read our blog post for more information on how to Protect Antennas and Wireless Gear from Rain, Basketballs, and Other Hazards with Transparent Domes

From the RF Venue Wire

Antenna Polarization (not a trip to the Arctic)

A Month Until The Big Game: Prepping RF with Ben Stowe