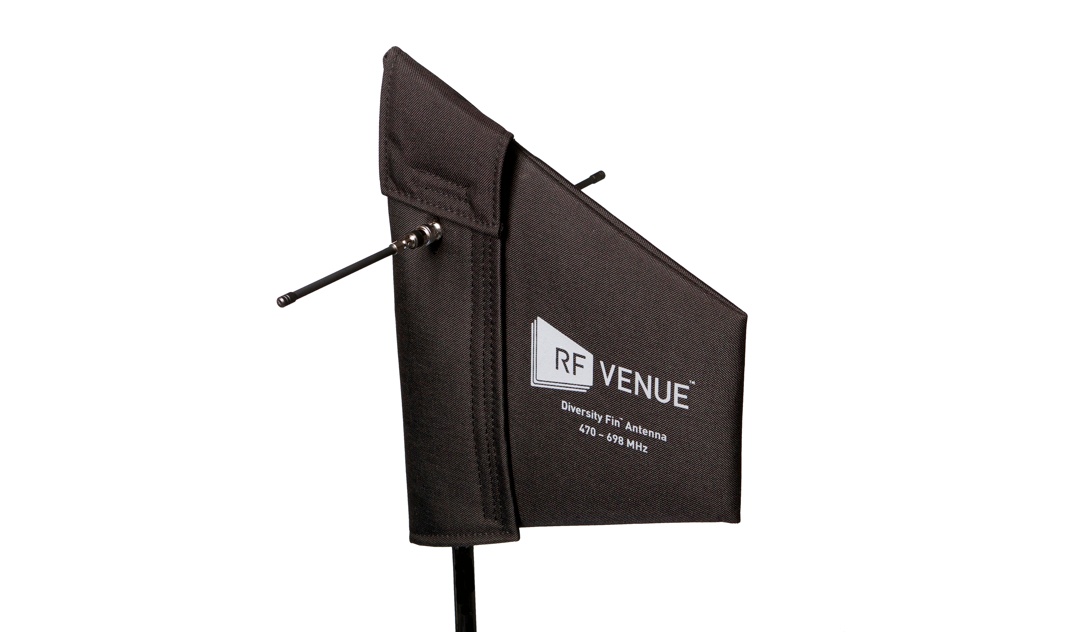 Years ago, while RF Venue was in early stages of R&D, we spent a lot of time in the field observing wireless mic systems and how they and their operators worked in practice. We were not surprised to find many of the common antenna techniques are derived from broadcast radio and television technologies. The first wireless microphone pioneers and power users were broadcast engineers working on TV and film productions, after all.

Broadcast engineers are schooled with book knowledge written for extremely high power transmission scenarios developed for military use and amateur radio - some of the fields where kilowatt transmitters are commonplace.

For better or worse, the methods and rules-of-thumb for high power applications were transferred to the domain of lower power wireless microphones. Things like maximum gain for long range operation, a fixation on gain structure, active paddle antennas, ¼ watt transmitters: these methods and tools worked (and still work) adequately well for wireless microphones under most conditions.

But from our field notes - which were taken at run-of-the-mill hotel ballroom events, schools, and small music venues (where more than 90% of wireless mics live) - we observed time and time again that gain, power, and range variables were rarely the problems.

Rather, we hypothesized cross-linear polarization fading and multipath interference were the root causes of maddening signal dropouts.

After confirming our hypothesis under controlled conditions in the laboratory, we developed and ultimately patented a new polarization diversity antenna system, the Diversity Fin, to specifically overcome the shortcomings of the spaced paddle approach for wireless microphone systems.

The Diversity Fin is the first novel antenna designed specifically for wireless microphones since the early broadcast pioneers adopted the LPDA (which was patented around 1959).

When two paddle antennas are arranged parallel to one another (as LPDAs commonly are) they are much more likely to receive signals polarized along the same orientation. If waves (coming from the mic transmitter) arrive off-axis to the orientation of the LPDAs, fades and dropouts are possible. If waves arrive perpendicular to the antennas, dropouts are even more likely. These might happen when the performer tilts the microphone or even more commonly as a microphone moves around a stage and the orientation of the signal changes due to reflections in the room. 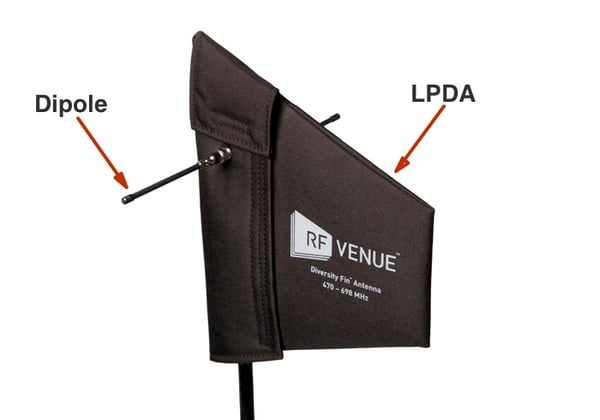 The Diversity Fin contains two antenna types oriented perpendicularly (orthogonally) to one another. A vertically polarized LPDA, and a horizontally polarized dipole. The two elements are not simply glued or stapled onto each other; they are coincident to the same electrical center point. A coincident cross-polarized antenna will receive waves of any polarization. Since multi-path reflections change the polarization of the wavefront, as well as the length of the path, the Diversity Fin is able to conquer multi-path nulls by sending signals arising from waves of different polarizations to the diversity receiver. It does not matter if the waves are 180 degrees out of phase. (For an in-depth technical explanation, take a look at the whitepaper linked below)

Because the Diversity Fin uses two antenna elements, each with slightly different gain, receivers behave differently while a Diversity Fin is attached. With traditional paddles, the discrimination circuit inside the receiver usually hops rapidly back and forth between one antenna (“A”) and the other (“B”) as the signal strength varies by minute amounts. With the Diversity Fin, the receiver tends to stay on whatever channel the LPDA element is plugged into, and switches over to the dipole element when a multipath null occurs, when the transmitter orientation changes, or when the performer wanders out of the coverage area of the paddle. 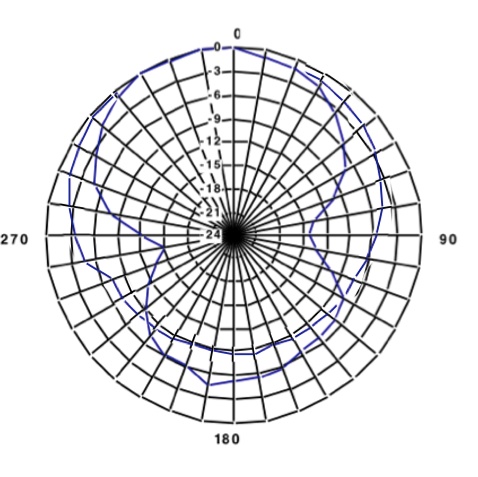 This is a good thing, because every time the discriminator circuit is triggered, a tiny bit of noise slips into the audio. If you listen carefully to audio coming from a receiver using twin paddles, and then compare it with the same receiver using a Diversity Fin, the audio will be substantially cleaner.

Additionally, the Diversity Fin has two outputs onboard - one for each diversity channel - and yet takes up half the space of two paddle antennas and only requires one wallmount position or mic stand. It's easier on the wallet and easier to fit into small spaces - including a mountaineer’s harness, as this video from adventurer and cinematographer Pablo Durana attests:

Wireless microphone users are numerous, and their operating requirements are unusual; they should not have to rely on merely acceptable technology borrowed from other industries. They should have an antenna engineered to perform exceptionally well under real-world conditions. The Diversity Fin is that antenna.