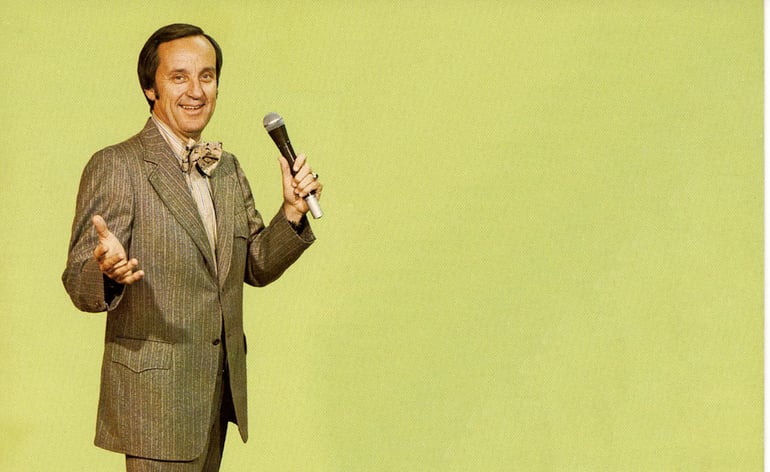 Last week Lectrosonics announced the release of the IFB-VHF, a 174-216 MHz tuned version of their popular IFB-UHF system.

(Which, by the way, has nothing to do with, and does not look like, the vintage marketing image from the old manufacturer Vega, shown above, and plenty more here.)

Of the new product, Lectrosonics President Karl Winkler said: “By adding the IFB system on the VHF frequencies, it allows users and system designers to move these out of the critical UHF band, which should improve the ability to coordinate larger systems even in a crowded RF environment.”

Lectrosonics is one of the first—but certainly not the last— major wireless audio manufacturers to reintroduce products in the VHF (30-300 MHz) band in an effort to ease the RF congestion at every large-scale production in UHF, and get a running start on the incentive auction’s decimation of 40-50% or more of current UHF spectrum available.

So far, these early second wave VHF devices are all non-performance devices—devices that wirelessly transmit some sort of audio or control that is not heard by the audience. (I say second wave because wireless audio began in VHF, and then migrated up to UHF in the mid to late 90s.) The only other major player to go VHF has been Radio Active Designs, with their successful UV-1G intercom system. There are no wireless microphones or monitors yet in VHF, though we might see some drop down to VHF sooner or later.

The announcement from Lectrosonics last week has got us thinking about VHF in general.

How suitable is it to performance and non-performance wireless audio gear?

What are the benefits of VHF over UHF?

And, crucially, if those benefits exist, can we expect them to last?

[NOTE: This discussion is mostly relevant to the United States and VHF spectrum in the US. Other regions may have different VHF allocations.

“VHF” is defined by the ITU as radio waves between 30 MHz to 300 MHz. Go ahead and get yourself oriented with this supersized spectrum map. 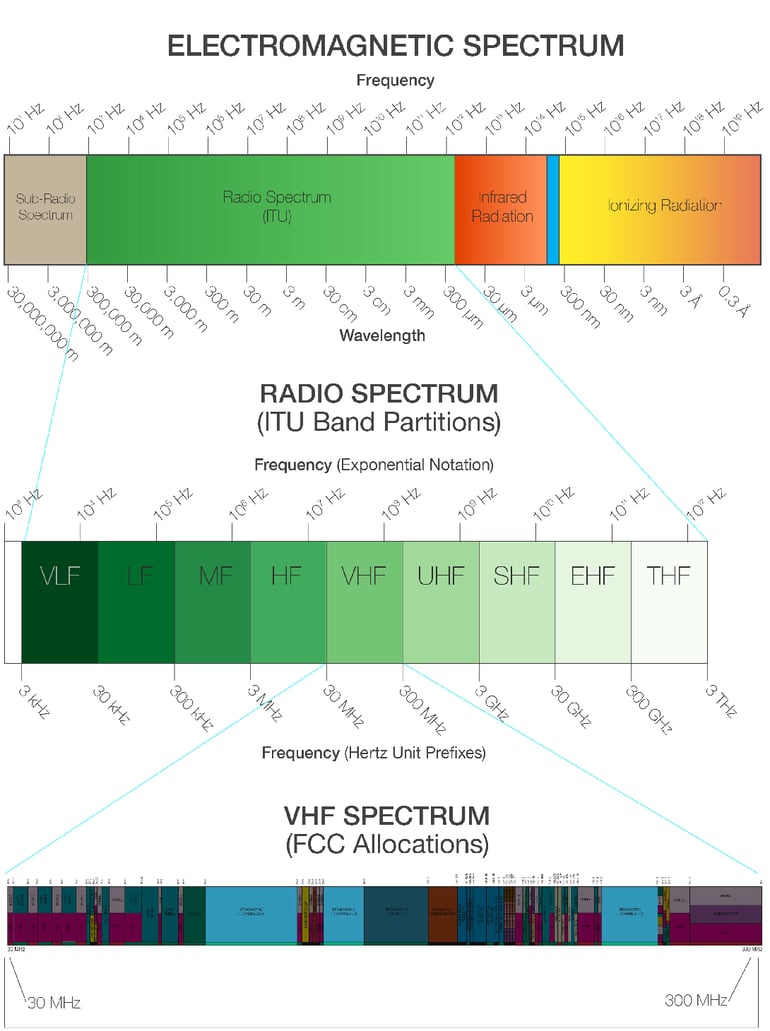 Wireless audio users are not allowed free range across all 270 MHz that VHF theoretically offers. We are confined to empty VHF broadcast band DTV channels.

In a location where there are no VHF DTV channels, there are 76 MHz of spectrum available.

I want to repeat that. In the best case scenario VHF offers only 76 MHz of spectrum. By comparison, UHF currently offers 220 MHz, and 2.4 GHz around 86 MHz.

The VHF TV broadcast band is also non-contiguous; it is split into three bands (the highlighted blue bars in the chart above) containing 16 DTV channels separated by other services. “Low band” VHF, “mid band” VHF, and “high band” VHF. Low band extends from 54-72 MHz, mid band from 76-88, and high band from 174-216 MHz. Because the separation between low and mid band is so small (only 4 MHz) some lump both low and mid band VHF into simply “low band VHF” and call it 54-88 MHz.

The Pros of VHF 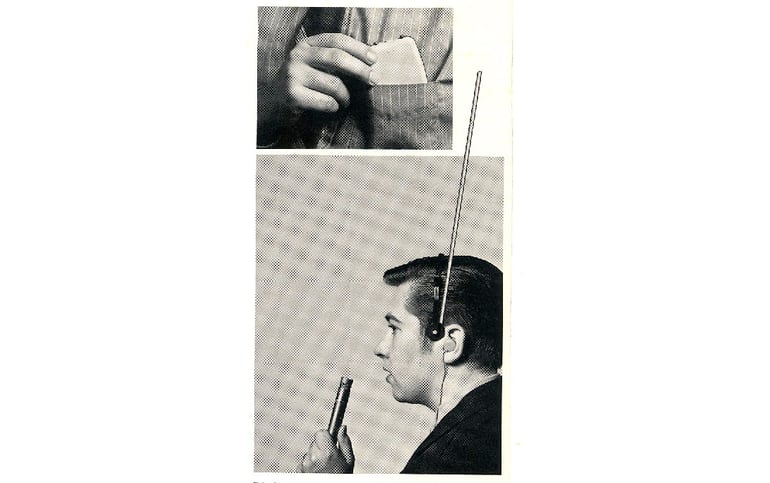 Non-performance equipment, like IFBs and intercoms however can use low-band VHF, since the audio quality of the audio feed is less critical. Comtek already offers a few products in that range.

IS VHF the Answer?

VHF is not “the” answer to wireless audio’s impending spectrum shortage. But it is one of several answers that, combined, will lead us out of the darkness ahead.

Future regulatory and technological seismic shifts will not allow us to keep all of our equipment exclusively in UHF for much longer.

Instead, the numerous low power wireless devices used in large-scale productions will have to fan out across the spectrum in combination with the correct deployment of tools like external antennas, filtration, and new modulation schemes if we are to continue to use them in the same quantities.

There is almost no other alternative.