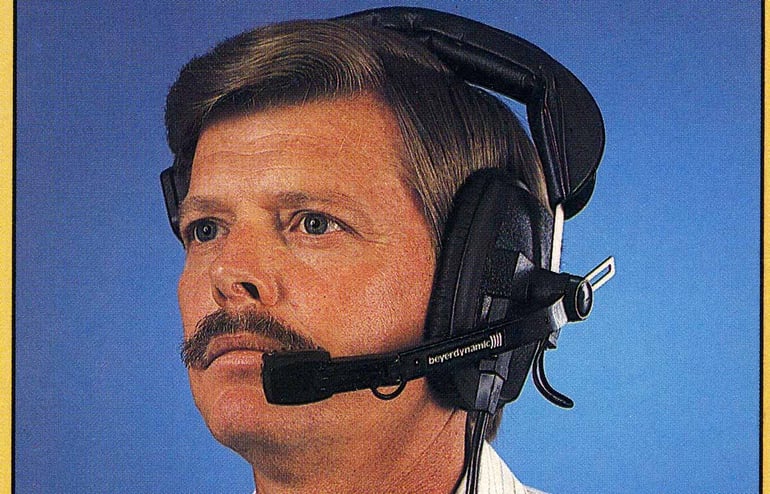 This Saturday I spent a few hours browsing the meticulously organized files found at the sound industry's archives: the Audio History Library & Museum.

We are building a basic historical database of wireless microphone prices—which will be the subject of a forthcoming post. Among them were many vintage advertisements for wireless audio equipment of all sorts from every manufacturer. These ads ranged from historically significant, to hilarious, to downright painful.

As many seasoned pros remember, Vega was among the first commercial scale wireless microphone manufacturers, and for many years had market dominance. Since they no longer exist, we think it safe to share some of the early promotional materials dug up from this valuable collection.

I think we can all share a laugh at how far the technology—and marketing sophistication—of wireless audio has come over the years without cheapening the powerful contributions Vega wireless made to the industry. 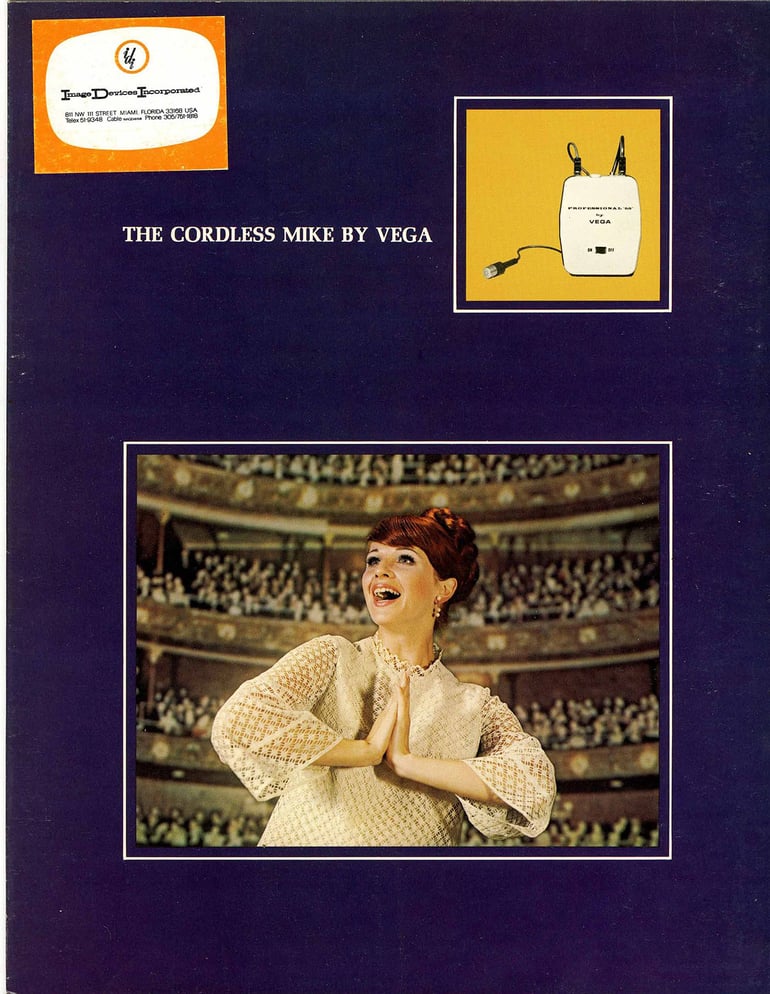 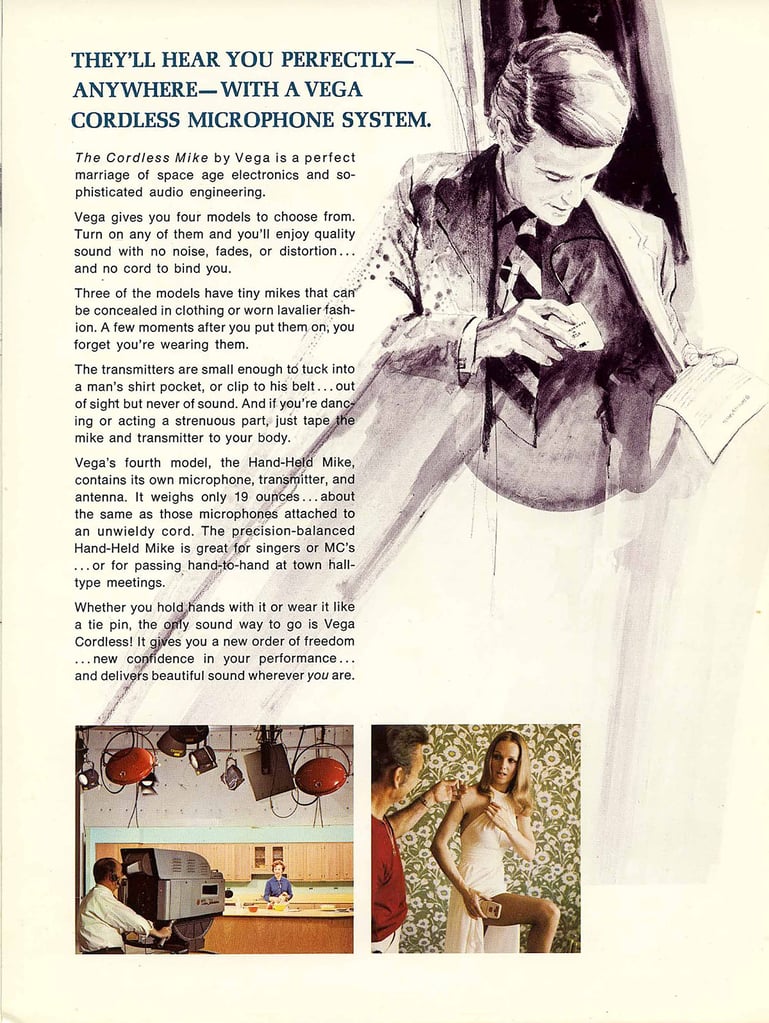 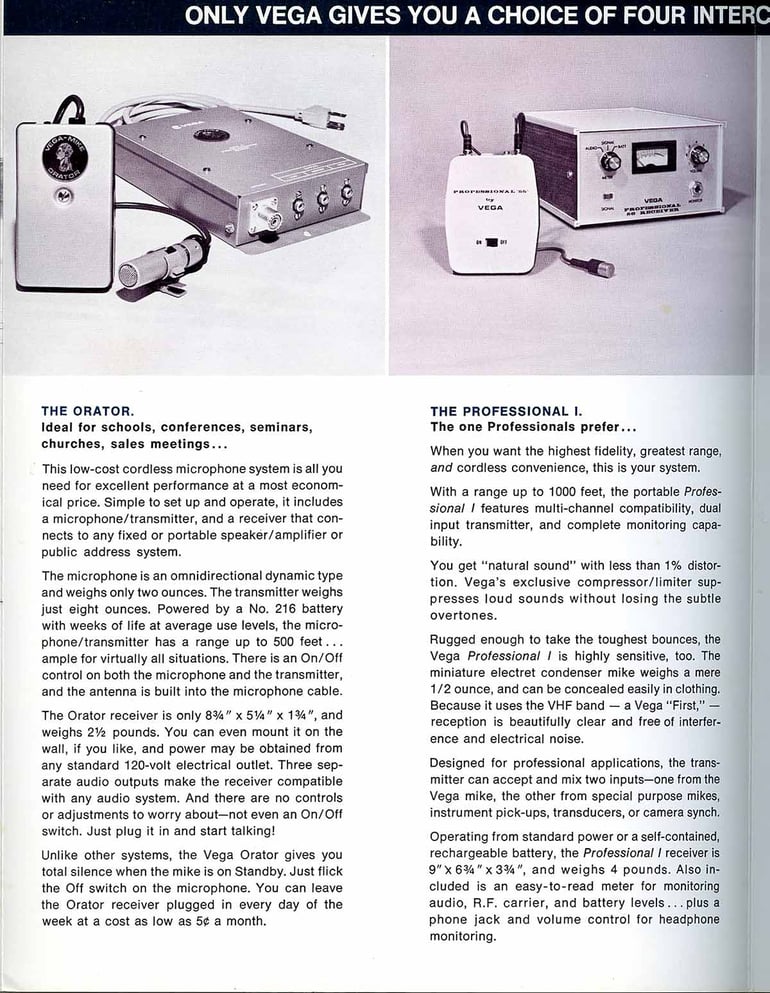 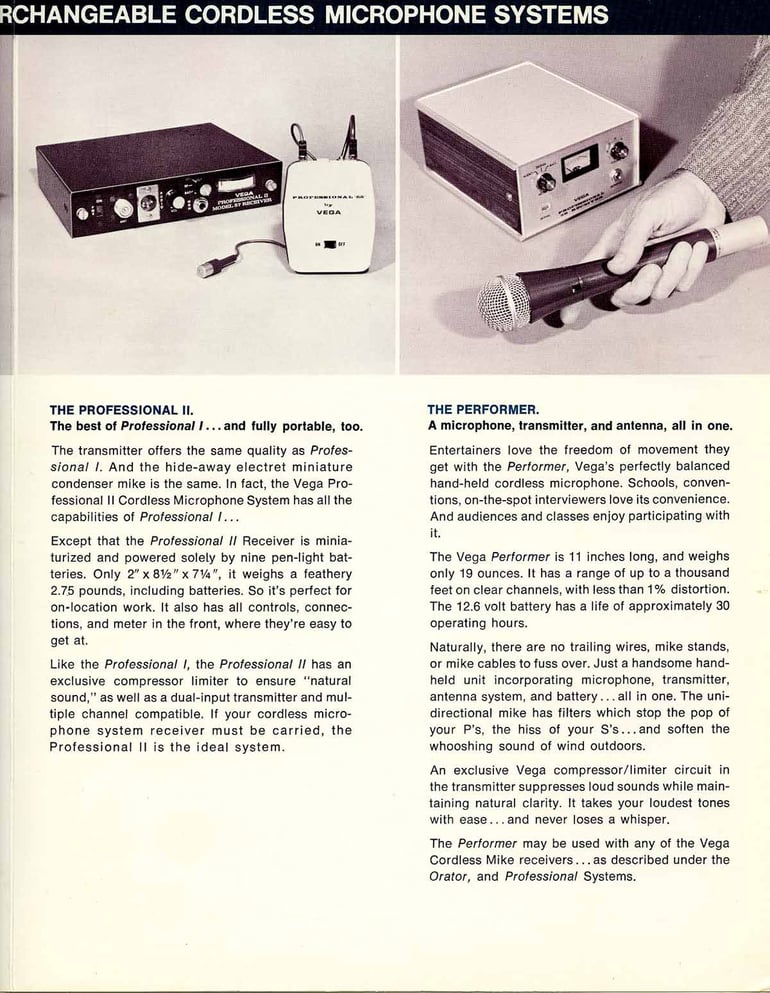 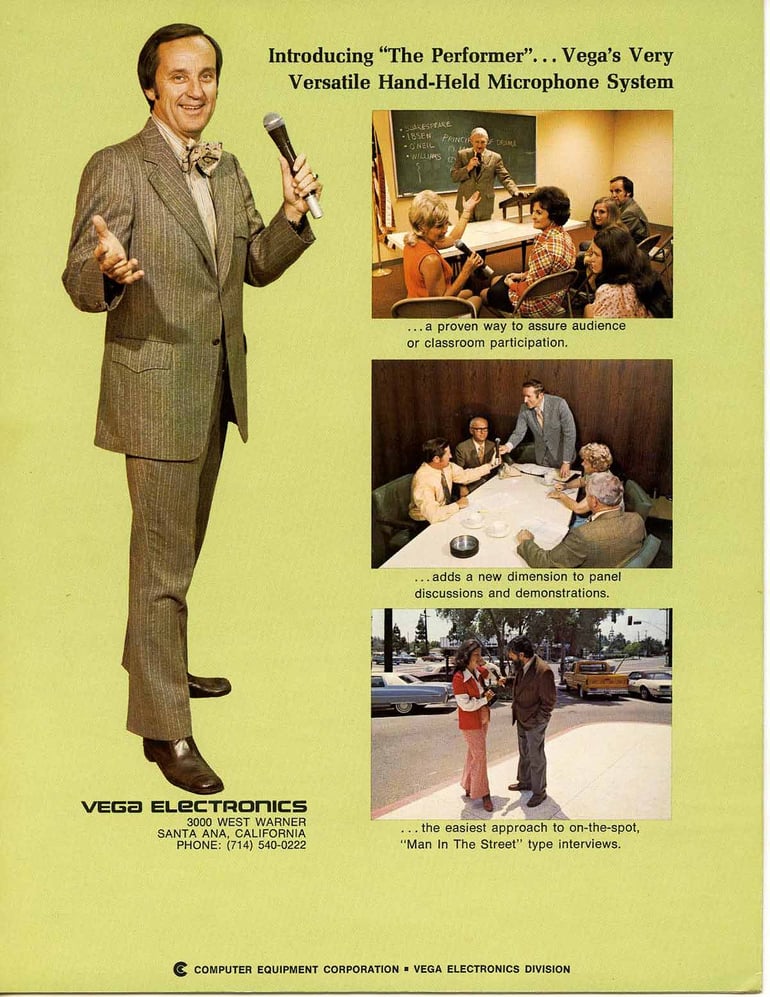 Vega seems to refer to their entire line as "The Cordless Mike, by Vega," which goes to show how few wireless microphones were on the market at the time, or, just how gigantic a market share Vega owned. That would be like referring to the iPhone or Droid lines as "The Smartphone."

Up next is the "Professional 55," which seems to be aimed at broadcasters.

Then we have the "Ranger" and its delightful camp-western magazine spread. 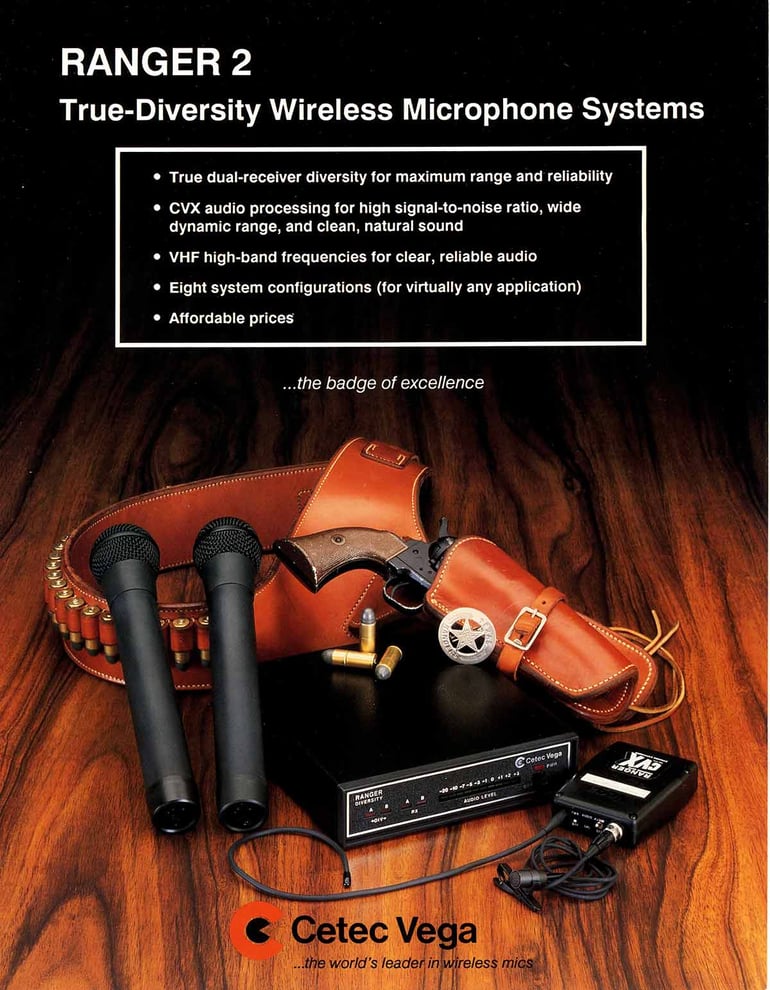 Finally, the "Q Plus Professional Wireless Intercom," which rewards with a stoic portrait of an end-user.

It's as if years and years on the road have desiccated his soul. All human desires and whimsy have been wrung out. What we see is an automaton molded from the old dregs of what was once a man; a sinless, empty being of the night that subsists on dry Folger's crystals straight from the package and the vapors of an A2's smoldering Pall Mall. That lives for nothing— 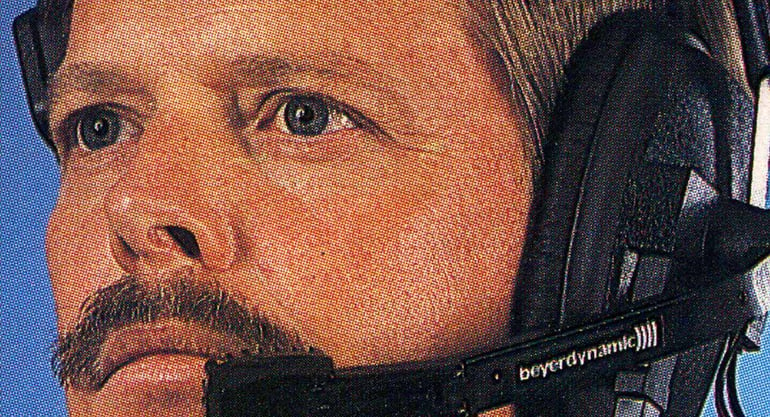 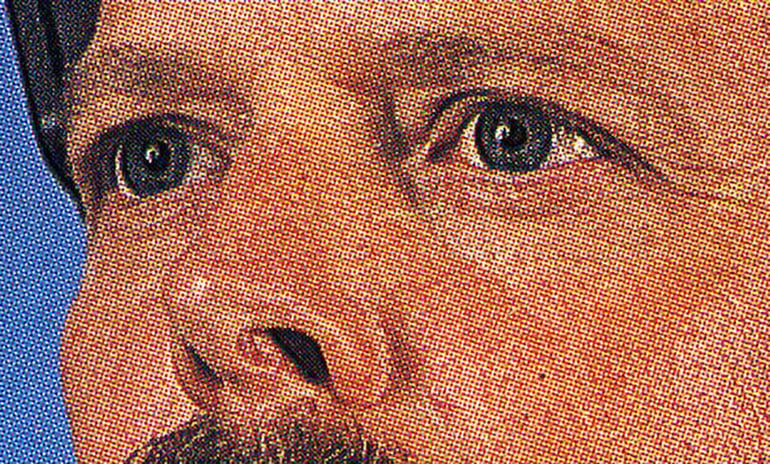