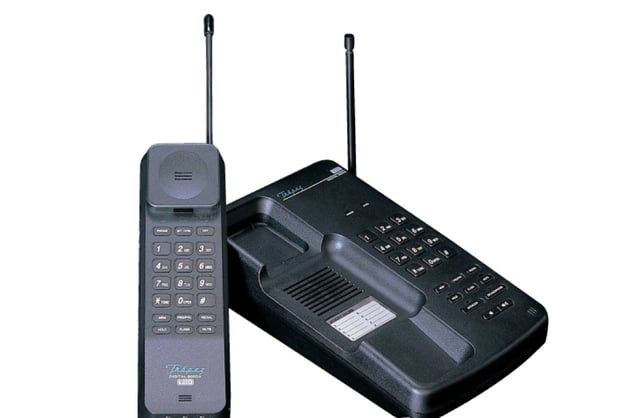 There are some good things about 900: desirable propagation characteristics and relatively low congestion in some locations when compared to other unlicensed bands. And there are some bad things too: chiefly, 900 has a very narrow bandwidth and harbors both amateur and ISM frequencies, thereby attracting a ragtag and unpredictable group of users. What follows is a very approximate list of devices currently using 900 MHz:

900 is rarely used for high performance RF applications in live or installed A/V. There are no pro-grade 900 MHz wireless microphones, IEMs, or accessories currently in production that we know of. (Although cheaper, consumer oriented mics do pop up from time to time) The only widespread piece of professional 900 MHz gear is the Tempest900 line of intercoms, from Clear-Com.

“The biggest plus for 900 MHz is that it is referred to as ‘Near Line of Sight,’” says Mike Motes, Chief Engineer at Channel D Solutions, a firm that designs custom antenna equipment and installations for Tempest900 and 2.4 GHz coms. “This means you get better range than the other ISM bands available given the same obstructions.”

“The drawback is that you have less bandwidth than you have at 2.4 GHz,” says Motes. “The most important thing to remember in working with 900 MHz is that you must know what other 900 MHz systems may be using the same spectrum in the area. Depending on the frequency scheme at 900 MHz, it is easy to ‘walk’ over other systems.”

Bandwidth is more precious than it has ever been, as those following the progress of the incentive auctions know all too well. The 900 MHz band has only 26 MHz of bandwidth, compared with ~83 MHz in 2.4 GHz, and 228 MHz in UHF.

David Nickels of Applied Wireless also cites bandwidth as a major concern. “There’s such limited bandwidth at 900 MHz, you have only 26 MHz to deal with, whereas at the higher frequencies you have much more. So I think people will generally stay away from 900 MHz for that reason.”

But even though bandwidth is narrow, radio traffic congestion is low. “There’s not a whole lot there right now,” says Nickels. “Phone systems have mostly abandoned that band, so it’s not nearly as crowded as it used to be. They went up to higher frequencies.”

For many years, cordless landline telephones were the dominant consumers of 900 MHz spectrum here in the United States, but most major manufacturers have moved into 1.9 GHz, 2.4 GHz, and 5.8 GHz, leaving 900 MHz relatively congestion free when compared to other unlicensed bands.

“Less and less devices use 900 now than they did 10 years ago, which is good for us,” says Daniel Koczwara, a Senior Field Application Engineer at phone manufacturer EnGenius Technologies, a division of Senao Networks. “Cordless phones using 900 MHz are still out there, but they’re mainly in the business sector, and they’re using frequency hopping spread spectrum, and not sitting on a single frequency like they were.”

So why did all the phones abandon 900? “Higher frequency cordless phones are cheaper to produce,” says Daniel. “The circuit board components, physically, are smaller. The chipset for 1.9 GHz or 2.4 GHz phones encompasses everything: the audio circuit and the RF circuit, so you can make a million of them and it's super cheap.”

EnGenius is one of the few phone manufacturers still using 900 MHz for cordless phones, and they don’t plan on abandoning it any time soon. “We use 900 MHz because of the range. It’s actually the lowest frequency ISM band available, less absorbed by objects, and it has fewer opportunities to get reflected, which translates to less multi-path indoors. That’s why many of our large customers, like Target and TJ Max, go our route instead of voice over Wi-Fi. With Wi-Fi you need an access point every 100 feet and a bunch of repeaters. With us, they just set up one antenna, one base station, and they’re done. ”

“There are tradeoffs, yes, especially cost.” says Daniel, who cites the high price of EnGenius phones compared with competitors. 900 MHz antenna size is also of concern in consumer and business markets. “The 1/4 wave antenna on 900 phones is just about as big as it’s going to get. A long time ago, there used to be a cordless phone frequency called 46 MHz, the range was terrible because the only practical size for antennas in a cordless phone using 46 MHz was 1/16th of a wavelength. And yeah, the antenna can be coiled up and electrically tuned, but there’s no gain.”

But we’re getting off track. We have said here on Signal vs. Noise (and others have said elsewhere) that cream of the crop UHF spectrum could become savage terrain for unlicensed mics after the auctions and widespread rollout of TVBDs--and this observation rings truer every day. The only frequencies still usable in the broadcast band will be those out of bounds to TVBDs and safe from the auctions: the VHF band and the lower edge of UHF between 54 MHz and 512 MHz. There, whitespaces offer a theoretical maximum bandwidth of 118 MHz, but throw in a few occupied channels and adjacent channel interference, and you’re looking at much less.

From this perspective, every scrap of spectrum is valuable. And even though 900 MHz has limited bandwidth and unpredictable users, it boasts a good trade off between propagation and congestion that shouldn’t be squandered. 900 MHz may not be able to reliably support low latency, pro-grade wireless microphones for high stakes applications. But it will be able to support wireless audio devices of some kind--be they microphones for less critical applications, or devices like intercoms and repeaters that the audience never hears.

Whatever the future holds for wireless microphones, it will require a change in mindset, and hardware. Analog systems are woefully underprepared for fending off interference in the new UHF, 900 MHz, and every other candidate band. “I don’t think anybody in their right mind is using analog anymore,” says Daniel. “They aren’t using it because of interference and eavesdropping, and a bunch of other issues. And with an analog system you have a finite amount of channels. With our 200 KHz channel width, we have about 125 channels to play with between 902 and 928 MHz. Quite a lot. As long as you’re frequency hopping spread spectrum, 900 is resilient.”