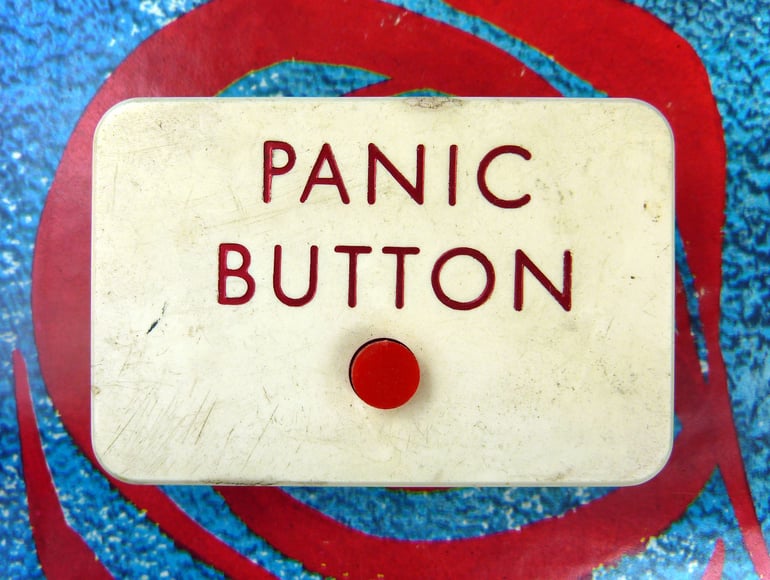 "After five years of speculating about the Incentive Auction, it’s about to get real… Last year, I described the auction as ‘a once-ina-lifetime, virtually risk-free opportunity to expand your business model on somebody else’s dime.’ I don’t see any reason to amend that conclusion."

Wheeler’s description of the auctions from the perspective of Class A broadcast station stakeholders remains spot on.

But his conclusion may yet be amended.

Owning an eligible station is still akin to holding a winning lottery ticket, whose possessor has the “opportunity” to convert into money from paper, or, discard the opportunity and carry on with business, after a few speed-bumps.

Wheeler may have to amend because last month, broadcasters seized the opportunity he offered. They seized it, and squeezed it—they squeezed so hard they may have squeezed those who want to cash out into next year, or the year after, or never at all. (Emphasis: "may")

A haze of confusion pesters everyone who tries to follow the Incentive Auctions. Some of you reading this now may not even know what these auctions are—which is OK!

What are the Incentive Auctions?

The Incentive Auctions are one part of an ambitious federal plan to make more radio spectrum available for broadband use. The stated reasoning being that additional spectrum will increase citizens' access to internet connectivity, increasing social welfare and national competitiveness.

But that is a gross, abstract simplification of a very complicated thing.

What we want is an abstracted definition of the Auctions that is easy to understand, yet still faithful to the intricacies of the mechanisms underlying the abstraction.

The most succinct, accurate definition I’ve found is from a 2011 letter to President Obama from 112 economists, advocating for granting the FCC authority to conduct the Incentive Auctions. In this, they describe a broadcast incentive auction as an auction that has:

…the ability to distribute some portion of the auction proceeds to [broadcast] licensees who voluntarily give up their license rights.

The collapsed summary of evidence for their recommendation:

…by granting the FCC the authority to auction spectrum it controls at the same time as it auctions spectrum licenses held by commercial entities… Incentive auctions can facilitate the repurposing of spectrum from inefficient uses to more valuable uses while minimizing the transaction costs incurred.

My paraphrase: the federal government believes most UHF spectrum should be used for broadband mobile internet, not broadcasting. They've come up with a way to pay broadcasters to relinquish their spectrum rights instead of taking those rights back by force. the Incentive Auctions enable the government to “discover” the value of broadcast rights held by broadcasters through an unusual type of auction called a reverse auction, then repackage those rights into property, in the form of spectrum licenses, and sell those licenses to bidders involved in one way or another with mobile broadband, in the conventional auction "forward" format.

The reverse auction is tricky to wrap one's head around. It's a process of the FCC “asking” eligible broadcast stations for the lowest price they are willing to accept to relinquish the rights they were given decades before. It is a process, because the FCC asks several times if a station is willing to accept progressively lower quantities of money. Each time the FCC asks, “Would you accept this much money?”, and the broadcaster says “yes,” the FCC asks the same question again in a subsequent round a few hours later: “OK, then how about this much [slightly lower] amount of money?”. And so, the FCC tries to allow free-market forces to figure out what it needs to pay broadcasters to relinquish their rights to broadcast—which is a lot easier and, so the theories went, more accurate way of figuring out what they need to offer.

In reverse auction, at a certain price, a rational participant will ultimately say: “No. That price is too low for me to forfeit my business in exchange for money, but I'm still OK with the amount you said before.”

At that point, if the amount is high enough to meet a few rules, the broadcaster commits to going off the air, and the price of that particular right to broadcast is frozen, until the forward stage.

When the forward stage begins—and it has begun and is happening now—the FCC takes all of the prices it discovered for those rights and sells them as paired licenses to anyone who qualified to participate in the forward auction. Initially, 99 bidders qualified, 37 have since dropped out. Only a few are predicted to win most licenses: ATT, Verizon, T-Mobile, Comcast, and Dish.

—If they win at all.

During the reverse auction, broadcasters thought their broadcast rights were worth much, much more than nearly anyone expected.

The minimum cost to purchase the aggregate of licenses harvested from the first pass through the reverse stage turns out to be a staggering $88 billion.

The widespread consensus among analysts is that that figure is too high for the bidders in the forward stage to afford. In other words, the AT&Ts of the world are expected by experts to say: “At that price? We’ll pass.”

Out of what motivation broadcasters affixed their stations’ values to such heights I do not know. Calculated market savvy? Broadcaster collusion? Spite of federal domain? That they legitimately want to stay in business?

Seriously, who can say?

Because in the years leading up to the auction, a big heap of authorities on radio spectrum auction design (that’s a thing BTW) came out in favor of a, now “the,” broadcast incentive auction.

The letter to Obama I mentioned earlier, forget the letter if you want, and skip down to the bottom pages that list the economists signing on. I spy at least one Nobel Laureate! (this guy)

In a 2015 expert report submitted by Peter Cramton and associates, in Conjunction with the University of Maryland, funded by the vanished EOBC, as a comment to this unwieldy PN, the authors provide copious evidence in support of the auction, ask that a few things get tweaked, and claim to have run exhaustive computational simulations of auction outcomes. In a parentheses, the report’s authors mention:

We do assume that the final stage rule is met…the AWS-3 auction gives us great confidence that this will be the case.

Because the FCC has not conducted such an auction before, it is difficult to predict what the net proceeds of the auction will be. The Congressional Budget Office estimates that the net proceeds will probably be between $10 billion and $40 billion, with an expected value of $25 billion, the middle of that range.

Since this is a federal auction, “net proceeds” means the amount of money that, as specified by the Middle Class Tax Relief and Job Creation Act of 2012, “shall be deposited… in the general fund of the Treasury, where such proceeds shall be dedicated for the sole purpose of deficit reduction.” (The spectrum stuff from that act, which most American's remember, but not for reasons of spectrum, begins in Section 6,001.)

If you’re a US Citizen that could kinda-sorta be argued as funds dedicated solely for the purpose of helping Uncle Sam go easier on your wallet; If the expected ballpark proceeds of $25 billion turns out to be correct, to put it into context, that’s equal to 20% of the total amount of rebates issued to taxpayers last year.

We do not know if the Congressional Budget Office will end up being correct.

What This Means, and What Happens Next

Potential embarrassment to FCC and academic experts aside, if the auctions don’t succeed the first time, they are designed to repeat.

That would give audio professionals more time.

The FCC will almost certainly reallocate a large portion of UHF spectrum. But the question is, when.

The first phase or attempt at the actual auction part of the Incentive Auctions is going to last months. We’re just rounding the corner to the second week since forward bidding began. Since phases take N weeks to months at the shortest, and the ensuing repack of remaining broadcaster infrastructure into lower bands several years, the scary hullaballoo surrounding the UHF spectrum crunch could go on hiatus until the stuff finally sells.

I wouldn’t start cheering just yet!

As I’ve said before in various forms, the pro audio industry needs to plan for the worst, and hope for the best.

Right now the analysts predict this phase of the auction will fail.

Though just this spring, many but not all of the same analysts predicted the auction would be a resounding victory for the FCC and Congress (much brightened, as were policymakers, by the record-shattering results of the AWS-3 auction). Yet where are we now?

The outcome of the first ever broadcast Incentive Auctions is still anyone’s game, even while the FCC pulls some legal levers to change the rules of the game in favor of auction success.

It is just as possible that the auction will succeed this year, as it is that it will not.

If you’re planning on buying new wireless systems in the near future, I still suggest to play it safe and purchase gear only within 470-566 MHz until we have an actual outcome.

With that caveat, another benefit of a repeat, should one occur, is upon each repeat, the clearing target is shriveled a bit to the next smallest clearing target below the previous. That means were the auction to fail to succeed at 126 MHz (which by the auction’s definition of success, is not failure), the clearing target will be reduced to 114 MHz and the process repeated, giving us just a little more UHF to work with.

This goes on until the auction meets the “final clearing rule.” I will spare you the Dantesque agony of the formal description of this rule, but which loosely means whenever the FCC has secured enough money to satisfy the Congressional mandate.

Above I said “almost certainly” reallocate UHF, because Congress ordered the FCC to deposit any proceeds “prior to the end of fiscal year 2022.” It is possible the auctions could cycle several times unsuccessfully, and push dangerously up to or beyond the year 2022. What would happen at that time, I don’t know.

Though it’s worth noting the FCC is literally asking broadcasters to relinquish their rights. Asking nicely, because the FCC gave broadcasters those rights for free ($0.00) decades ago, so if Congress gives the OK, and the winds of politics and influence do favorably blow, they will take them back without asking a thing.