We don't usually talk directly about the cellular industry here, but FCC Auction 97, which is selling paired 25 MHz bands and another 15 MHz for AWS-3, is causing quite the stir. This is what got my attention: Walter Piecyk, an analyst at BTIG Research, tweeted, "I have monitored every @FCC spectrum auction and I don’t recall any rising to these levels, this fast." He accompanied the tweet with the above bid intelligence screen grab, showing the auction has risen well past $18 billion.

The industry jargon here of "$ per MHz/POP" is the license bandwidth times the population in each individual license's coverage area, divided by the price. MHz/POP is the way wireless industry pros quantify the value and capacity of individual units of spectrum.

" By now it would have been expected that the three operators would sort themselves out and bid on a self-selected subset of licenses... However, it appears that this has all been disrupted by DISH’s desire to drive up the price. DISH has presumably concluded, logically, that the major operators will have to buy the New York and LA licenses (plus a few other places such as Chicago, Washington, Boston, San Francisco and Dallas) whatever the cost, so has been bidding simultaneously across all of the main licenses in these cities. "

I imagine a bunch of stone-faced lawyers in the back of the limousine from Don Delillo's Cosmopolis. Or, to use tried and true imagery, this: 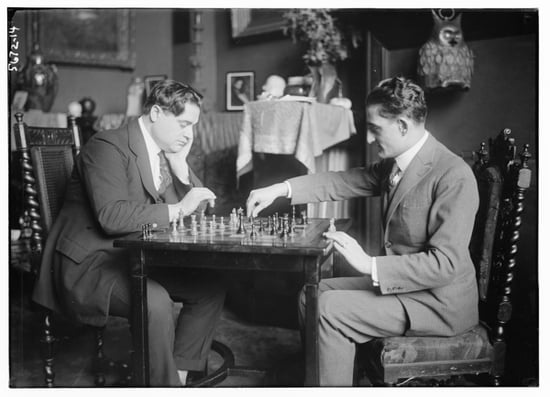 With the exception of Dish, these same bidders are licking their lips at the thought of low-band 600 MHz spectrum (that's us). Ars Technica reported earlier this year that T-Mobile is especially ravenous:

"T-Mobile says its high-band spectrum is good for providing lots of capacity, but low-band spectrum is what carriers really want... While T-Mobile has good outdoor coverage in numerous big cities, it still has problems covering the insides of buildings and rural America. Unless T-Mobile gets a lot of low-band spectrum, it’s going to have a hard time matching the networks of its biggest rivals."

Both the FCC and the wireless industry are waiting on pins and needles to hear the words: "let the bidding begin."