“Shootouts” or “Range Tests,” as commonly performed, reveal next to nothing about the performance of an external antenna or radio system.

Range tests are often done by taking a transmitter and receiver pair (abbreviated Tx/Rx) out to a flat, unobstructed location, like a park or football field, putting the receiver in one place, connecting it to accessories, and walking the transmitter out as far as it will go before detrimental artifacts are heard due to poor signal-to-noise ratio at the receiver. 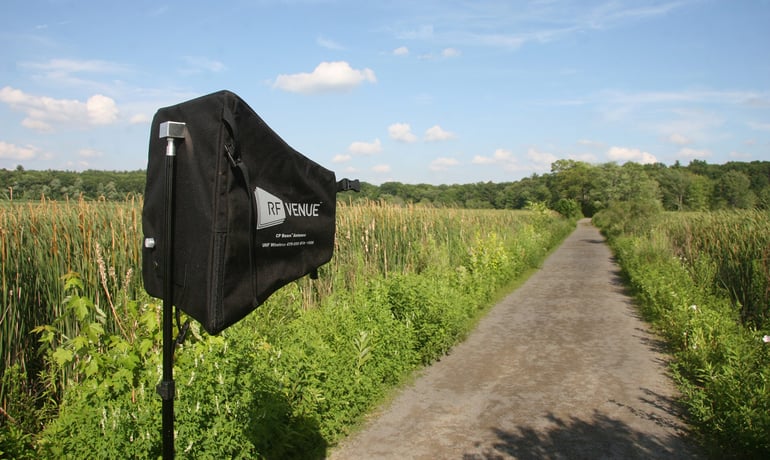 A single range test as described always fails to provide an operator with useful information on whether an antenna is right for their kit, or whether one wireless kit is better than another.

In fact, range tests are often executed so poorly, and with so little understanding of what is actually going on, that they can mislead an operator to elect an antenna system that makes things worse over the long term, not better.

If shootouts are performed to establish the superiority of one tool over another for a given use, shootouts are a type of experiment. They may not be “true” experiments, but they have the facade of a scientific experiment because they seek to discover a difference between two things through measurement and qualitative observations.

Don't expect these results in the real world!

If shootouts were evaluated as experiments, they would violate several cardinal rules of experimental design and scientific method. Of these rules, validity and reliability are among the most important.

The lack of "control" is also important.

I defer to the University of California, Berkeley, for the definition of scientific control.

"…to keep a variable or variables constant so that the impact of another factor can be better understood."

It's very difficult to isolate range from all of the variables in a wireless system. The system connects to other systems (mixers, software, etc), and wireless device performance are also influenced by external variables completely out of your control, like objects nearby, atmospheric and indoor conditions, and spectrum quality.

Here are a few reasons why wireless shootouts don’t work.

It’s tempting to set up a simple, one-time, easy comparison to try and get at the truth of whether one wireless system or component is better than another, but we should all resist that temptation, because we will never arrive close to truth.

Wireless products often fail to reveal their quality in a brief period of time, because a short period in one location under one set of RF conditions is not enough time to collect data and observe system behavior across multiple environments and device configurations to arrive at a valid conclusion.