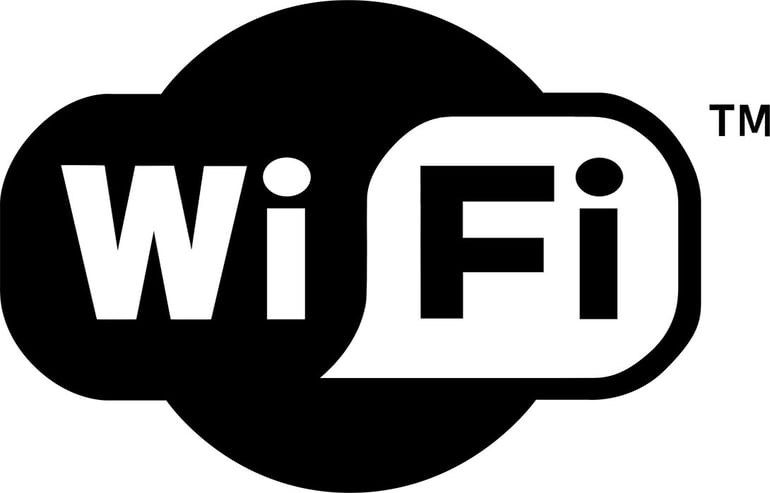 It seems like only a year ago—wait, actually it was two years ago that I wrote an article about the 900 MHz ISM band and its potential for small scale wireless audio deployments, or supplementary systems used in larger productions like conferences.

The 900 MHz ISM band was, and is, suitable because of its similar propagation characteristics to UHF, relatively low utilization, and unlicensed regulation in the face of a pending spectrum shortage.

In the last two years, manufacturers have released new models of wireless microphones in 900 MHz, as well as expanded the tuning ranges of existing models to fit in 902-928 MHz unlicensed. These join the ranks of a small number of niche wireless audio players already using 900 MHz, notably Tempest 900 MHz intercoms.

But oh, what the turnings of two years can bring.

On Monday, the WiFi Alliance announced the “designation” of an information protocol in the works called 802.11ah, branded “Wi-Fi HaLow™.”

Normally, these dry press released would be ignored by all but the network trade rags. In fact this week I learned the protocol has been in development for years, and there are still at least two more years to go before official finalization of the protocol and adoption by manufacturers—if they bite.

The hullabaloo is about HaLow’s “designation,” which I take to mean naming and trademarking, of “HaLow.”

That’s right, this press release announces nothing more than a new name for a preexisting information protocol, and it got picked up by multiple major publications.

How is this possible? It has been publicly known since at least before 2013, but nary a murmur was uttered.

The difference is in—like the press release—a name:

It’s difficult to issue a press release that contains this acronym without getting a few pickups these days. And the WiFi Alliance marketing department was very smart to reframe this protocol for the white hot growth and viral tech newsworthiness of the Internet of Things (IoT) sector.

On Monday, Brian Barrett of Wired triumphantly proclaimed HaLow to be the next generation WiFi that “will actually connect the internet of things”

”…promises to double the range of standard 2.4GHz Wi-Fi connections, while also doing a better job of penetrating walls, floors, and other obstacles that can make your Wi-Fi sputter and skulk.”

“It manages this deftness and range by operating on the 900MHz band, a chunk of spectrum that’s better suited for small data payloads and low-power devices than the relatively intensive, battery-straining 2.4GHz and 5GHz bands on which most current Wi-Fi routers operate. To cut through the numbers and specs and standards for a moment: It’s Wi-Fi for smartwatches and Internet-enabled coffee makers and whatever other connected appliance might suit your deranged fancy.”

Wired reported that one access point will have channels for up to 1000 devices. By comparison 802.11b (what you’re probably using now) has 11 channels in the US.

The real point of HaLow is to be the Wi-Fi Alliance’s entry into the confusing and contradictory world of IoT standards. Its lower power requirements and long range will help devices with limited transmission power and battery life function well.

WiFi—although an organization that makes standards cast at a common forge with the input and sponsorship of manufacturers who are often competitors to one another, as well as, for what its worth, the Alliance’s non-profit status—is ultimately a minter of licensable, profitable products.

Their products are information exchange protocols that must compete in the marketplace with other protocols, and HaLow is no different. WiFi 802.11ah sounds pretty neat, for now. But there is no saying whether another standards group backed by other corporations might emerge with a different way of using 900 MHz, or if IoT looks away from 900 MHz for its spectrum needs.

Some clarification: WiFi is the entity that designs a large number of very well thought out and desirable technologies to license if you wish to communicate wirelessly on unlicensed spectrum. You can use 802.11 (WiFi) protocols on many unlicensed bands, be they 5.8 GHz, 2.4 GHz, or 900 MHz. Or, you can use a different protocol, or your own protocol, as long as that protocol follows the basic rules in Part 15. Advanced network administrators have been deploying 900 MHz networks for a long time for data transmission, especially as point-to-point links. And many readers may be surprised to know that there is a WiFi brand protocol for UHF broadcast band white space devices called 802.11af. The mind scrambling details of which may be suffered here.

It’s only now that name-brand manufacturers, and the journalists who follow them, are perking up at the possibility of using a Wifi product on a quiet unlicensed band because of the explicit targeting of 802.11ah as being the protocol of choice for internet of things devices, which, to put it lightly, is a growth sector.

If WiFi Halow or any other tech alliance were to develop the standard for IoT and use 900 MHz as the home for that standard, the 900 MHz ISM band could become more crowded, and subsequently wireless audio equipment there might be cumbersome or impossible to operate—similar to the disappointments many audio professionals face trying to deploy 2.4 GHz wireless microphones in spectrally crowded areas like hotels and concert halls.

Way back in January 2014, when I researched 900 MHz, I came up with a list of devices occupying the 900 MHz band that looked like this:

If WiFi HaLow or another protocol becomes widely adopted in 2018, that list is more liable to look like this:

Before we panic, 2018 is the scheduled time of release. They could go over the release date, and even if they don’t it’s unlikely that 900 MHz IoT will suddenly be everywhere, all at once. It will take time for manufacturers to start including 900 MHz chipsets in their IoT and consumer WiFi devices.

Also, most IoT machines have a different spectral footprint than other types of devices. Instead of a continuous, wideband stream of digital symbols modulated onto a wireless wave as with regular WiFi and TVBD/WSD’s, which are incredibly destructive to wireless audio devices operating on the same frequencies, IoT connected machines emit periodic, brief chirps of data packets that may last for only fractions of a second, and may be very narrowband. These variables depend on the needs of the device manufacturer as well as how much they want to pay.

So, even if you just purchased an entire new system in 900 MHz, if IoT does adopt HaLow as one of the major standards (there is no guarantee they will) you’ve still got a good 3-5 years left before you might begin to encounter interference (again, this is only speculation), and the fewer channels you have, the longer you can draw out that timeline. Wireless audio manufacturers may also offer firmware updates that change the protocols on microphones to look for and tune around HaLow signals as they are encountered in real time.

Thankfully, there are other slices of spectrum available or soon to be available to wireless microphone users, but only licensed users holding either Part 74 or Part 90 licenses.

Those include 944-952 MHz, which is already in use by license holding broadcast entities and the SBE for studio and intercity links and occasionally wireless microphones owned by broadcasters. I am unsure whether 944-952 MHz is “off-limits” to all Part 74 users at the moment, though the FCC seems to have its eye on that band as being available in the future for all 74 licensees—not just broadcasters. The FCC also earmarked the 941-944 MHz and 952-960 MHz bands as being available to 74 licenses after the incentive auctions, which are slated to begin this year.

All the more reason to become a licensed user if you or your organization are qualified.