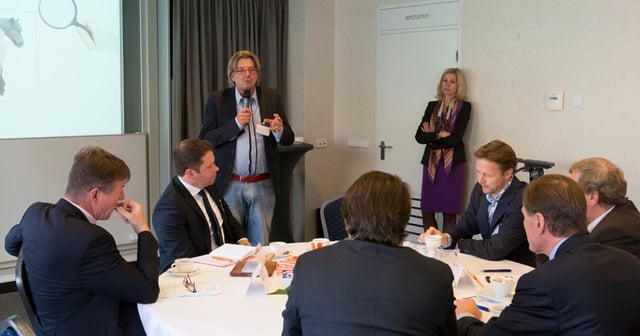 We continue our exploration of United States unlicensed frequencies with a post on the North American DECT band, sometimes called 1.9 GHz, and properly called the 1920-1930 MHz UPCS band. While DECT protocol radios may never approach the low latencies, audio fidelity, and propagation characteristics of production grade UHF systems, they are poised to fill a crucial gap for end-users that want low cost “plug and play” systems that are easy to use.

There are two unlicensed bands between 1915-1930 MHz, both of which are wedged between cellular PCS. The lower UPCS (unlicensed PCS) band, at 1915-1920 MHz is designated solely for data applications. The upper UPCS, at 1920-1930 MHz is designated mainly for voice and telephony. This upper portion is commonly called the DECT band because it is where all north American devices using the DECT digital voice protocol operate. The upper UPCS band is where we will concentrate our discussion.

“DECT is a 90s vintage protocol that excels at voice,” said Michael Finneran, a wireless consultant with dBrn Associates. “It’s gotten much more penetration in the European market than it’s gotten over here. In North America it’s used for either enterprise voice solutions, or consumer cordless phones.”

While the North American wireless voice market makes extensive use of DECT, there isn’t too much else operating at 1920-1930, and the band is remarkably clean.

“For the most part, at least in the US, when people want to use unlicensed, they want to use Wi-Fi,” continued Michael, citing Wi-Fi’s wider adoption and suitability for data communications, rather than voice. “Wi-Fi is roughly based on ethernet. Whereas DECT is a much simpler protocol where you take the channel, cut it into a bunch of time slots, and you’re assigned a time slot for the duration of the call. Which does give it a particular advantage. With 802.11 [Wi-Fi], all the different stations associated with an access point are vying for access to the same channel. With DECT, if you run into a bad channel you pick a different one.”

The DECT 6.0 protocol supports five channels across 10 MHz, each 1.728  MHz wide. In turn, each of those five channels can support up to 12 duplex voice devices, for a total of 60 devices operating in a given location on the upper UPCS band. The FCC requires all devices operating in 1920-1930 MHz to listen for the least interfered channel before choosing a frequency, and also limits transmitter power to 100 mW. This translates to spectrum that is less crowded and less likely to interfere, even with multiple devices, since each device cannot transmit until it knows it has found an empty channel.

DECT’s ability to pack such a high number of devices into only 10 MHz of spectrum comes at a price. Audio quality in standard DECT 6.0 is much lower than most wireless mic users require. Using data to transmit digital audio using standard DECT doesn’t offer much improvement. “DECT has very limited data transmission capability,” said Finneran. “Each channel can operate with 32,000 bits per second per user which, if you’re trying to do data [instead of voice], it would be about 30,000 bits per second.”

But DECT is flexible, and manufacturers aren’t bound to the stock capabilities of standard DECT 6.0. A DECT chip can be configured with custom layers and codecs above and beyond standard DECT to raise audio quality.

“DECT is not quite as good as a professional FM analog radio mic, or indeed a modern digital radio mic where the thing has been engineered to deliver 20 kHz audio bandwidth at sub-millisecond latency,” Said Tim Whittaker, of Cambridge Consultants, which offers DECT wireless microphone solutions to manufacturers. “But these days, we can quite easily implement codecs which will deliver a full bandwidth experience. Certainly, we can get up to a 15 kHz audio bandwidth for a microphone. And the quality really is pretty decent, good for listening to music, good for listening to voice.”

“The downside with the combination of the DECT chip, the DECT radio protocol, and also the codec itself is you do get stuck with delays of about around 20 milliseconds. Not a problem in some areas, but in other cases it’s a bit of a show-stopper.”

For broadway theaters, broadcast productions, and touring bands, DECT for performers is completely out of the question (though it has some useful capabilities for backstage comms). But these account for only a small percentage of total users. Churches, auditoriums, schools, and community theaters don’t really need full 20 kHz audio or sub 10 millisecond latencies. In the near future, DECT microphones will look more and more attractive to these types of applications, especially since DECT will cost much, much less.

“Another advantage to DECT is cost,” stated Whittaker. “Compared to the bill of materials for a UHF radio mic, which are made in quantities of thousands, or at the bigger manufacturers perhaps tens of thousands a year, DECT solutions are made in hundreds of millions a year. As such, the silicon has become very highly integrated to the point that you can actually have a single chip which takes you all the way from the microphone all the way up to the antenna feed. The chip is typically like $2, even for as little as a 10,000 batch.”

DECT microphones could easily become a key asset in the toolkit of integrators competing on price sensitive bids. So long as the facility has few preexisting DECT cordless phones, the customer will be able to operate dozens of channels without interference, and will never require expensive frequency coordination consultants.

Power users that need multiple channels as well as top-notch audio with close to no latency will likely need to make due with other technology. However, devices using the upper UPCS band do not have to use the DECT protocol. They only need to abide by the power limitations and “listen before talk” requirements put in place by the FCC. A manufacturer could, with enough time and money, develop some other digital protocol fine tuned for high quality wireless audio for performance grade microphones and IEMs.

Whether someone would actually devote resources to developing such expensive proprietary protocols in the relatively obscure UPCS band seems unlikely given the abundance of cheap and easily configurable DECT chips, and the limitations imposed by having only 10 MHz of spectrum. Plus, in 2010 the FCC voted favorably on rule changes proposed by the DECT Forum to loosen regulations on channel finding, allowing broadband devices to swoop in and crowd DECT.