In this video, we see how our antennas formed the backbone for a dozen delay towers at the CBGB music festival.

The towers were wirelessly networked by Wireless Sounds, Ltd., a Long Island based rental house and production company with one of the largest inventories of wireless equipment in the greater NYC area, not to mention the best expertise.

After the show, which headlined DEVO and Jane's Addiction, we caught up with Wireless Sounds President Aaron Gennett for a recap. The show had some brutal specs, considering it was located in perhaps the most crowded UHF spectrum in the world - Times Square - so both of us were surprised at just how flawlessly the equipment performed.

Antennas featured in this video include the Diversity Fin, CP Beam, and 2.4 GHz CP Beam. 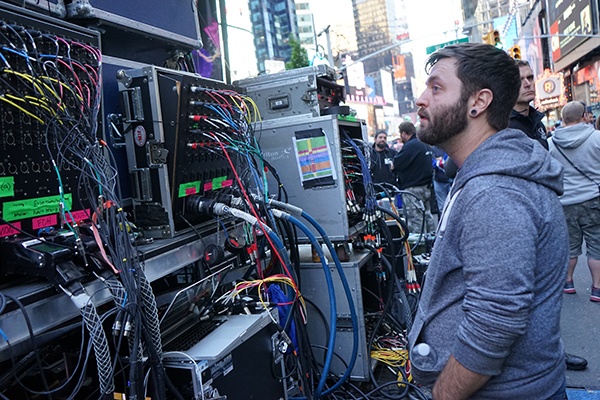