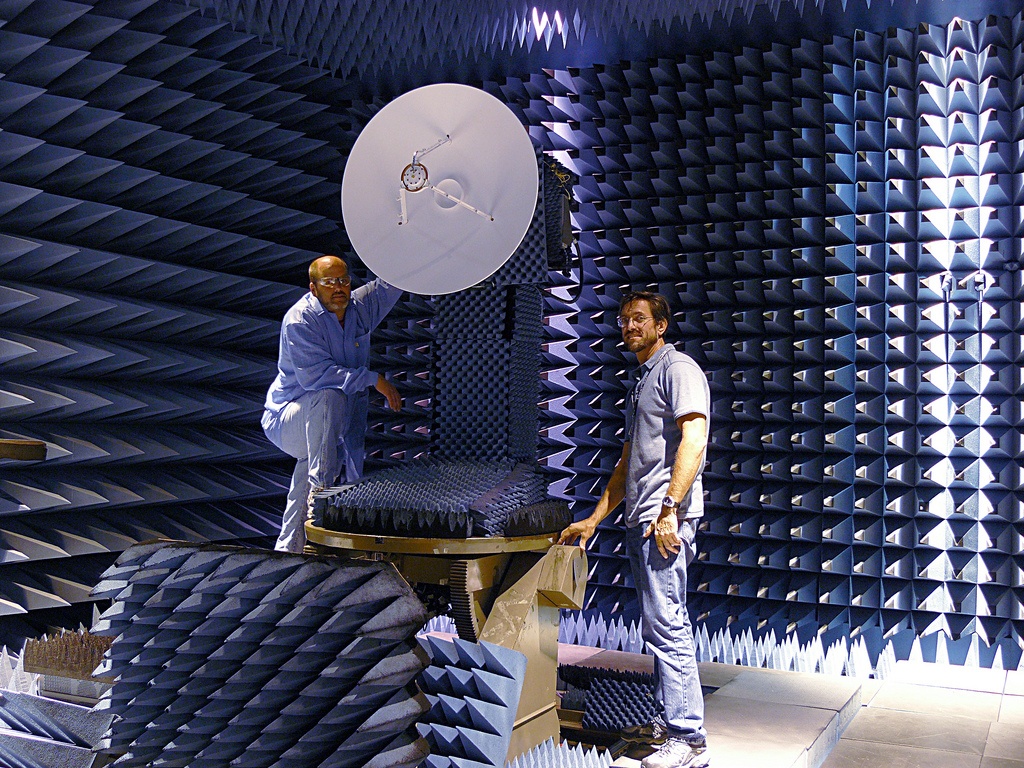 Gain is one of the most common measurements stated on antenna specification sheets. But you shouldn't judge an antenna by gain alone, especially if you're unclear on its true meaning. "Gain” and “decibel” have certain meanings when referring to electrical amplification and sound wave loudness, but different meanings when referring to antennas and electromagnetic wave amplitude.

Practically all audio equipment uses the term gain to represent an amplitude change applied to a signal or the deviation from maximum amplification power. Therefore a common association exists between the word gain and loudness of sound coming from a speaker. Audio equipment also often uses decibels as the unit of measure for gain, but decibels are a general unit that can be applied to nearly any force with amplitude or power, not reserved exclusively to describe the loudness of sound.

The formal definition of antenna gain is antenna efficiency plus directivity, which is measured in decibels. This is very different from antenna transmission power, which is measured in watts and refers to the input power level limit of the antenna. Antenna gain does produce amplification, in that it focuses the actual strength of an incoming or transmitted signal. 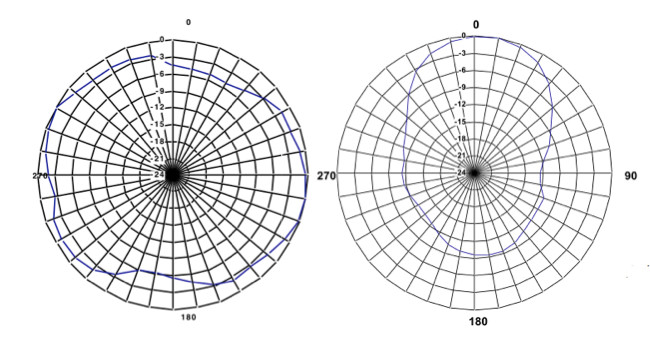 For example, an antenna with 0 dB would evenly focus or receive radio waves in and from all directions, like a perfect sphere. Such an antenna is very hard to produce. This theoretical design is referred to as an isotropic antenna. The dB measurement included in spec sheets is often the difference of the coverage pattern of an antenna in comparison to this theoretical 0 dB ideal, or dBi (decibels above isotropic). So, the higher the gain (measured in dB), the more focused the beam width. Other times the specification is compared with a real world dipole antenna of known characteristics. *

Knowing this, it’s important to point out that an antenna with no directive gain whatsoever is not useless--0 dB would simply mean that the coverage pattern is a perfect sphere. In fact, such an antenna could be very useful, and as illustrated above our RF Spotlight antenna was intentionally designed with a  gain of -1 dBd/+1 dBi in order to restrict and control the coverage pattern.

There are also a number of preamplified antennas on the market. These devices do not create more antenna gain but can boost the electrical signal on a long, lossy feedline. If you have a weak signal and a low noise floor, some preamplification can be useful. If there is a high noise floor, which is more common, then preamplifiers also amplify the noise. This can produce an overload condition at the receiver in certain instances. Preamplifiers, if used incorrectly can introduce unwanted noise into the system, overload the front end of the receiver, and increase intermodulation products. We typically do not recommend powered antennas  for general use because managing the gain structure is required to avoid unwanted side effects.

* Antenna gain is measured in decibels as either dBi or dBd. dBi refers to dB away from a theoretical isotropic antenna (0), while dBd refers to dB away from a more real world reference dipole antenna with a gain of 2.15 dB. RF Venue uses dBd because we find it to be a more meaningful measurement. A theoretical perfectly spherical coverage pattern measured in dBd would be -2.15 dBd.