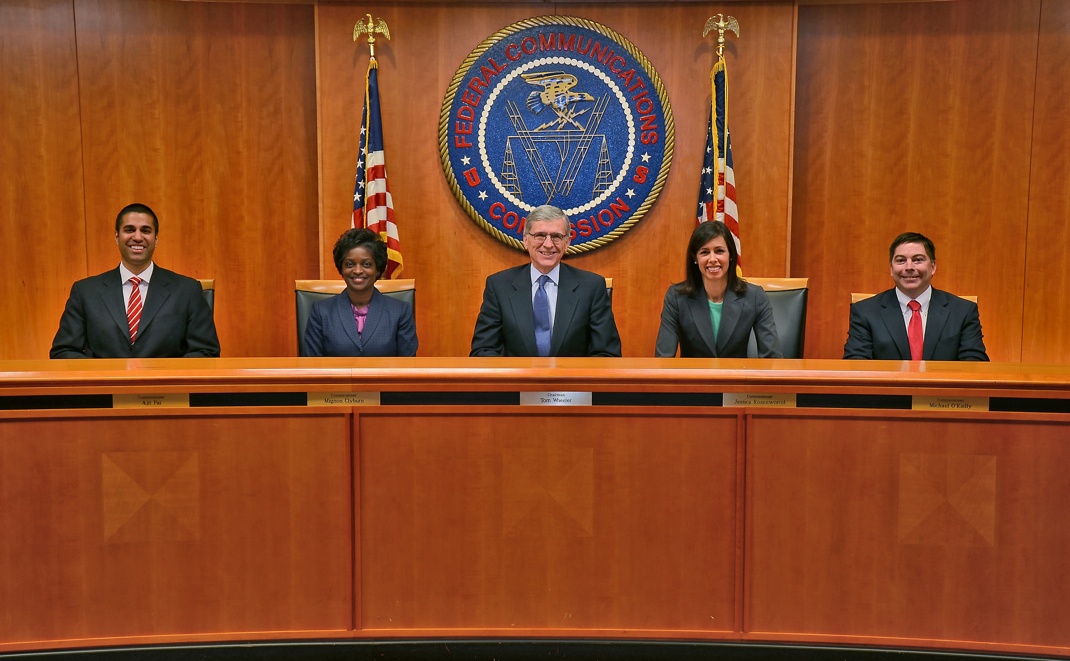 The latest ruling on net neutrailty has generated a lot of conversation on the battle between Silicon Valley and Big Telecom. Stories on net neutrality are vaguely related to the wireless audio industry, as you’ll see, and of course decisions made by the FCC and large tech companies directly impact us. Chiefly, they impact whether or not UHF whitespaces will continue to be prime habitat for microphones, or if a great migration to other unlicensed bands will begin.

Yesterday afternoon, FCC commissioner Jessica Rosenworcel tweeted, “Do you use Wi-Fi or Bluetooth? If you do, you’re using unlicensed spectrum--airwaves open for innovation use w/o formal FCC licensing.”

She’s been using the word innovation a lot, and so have many of the other commissioners. Early in January Tom Wheeler gave a speech preceding the DC circuit’s ruling on the FCC’s authority to enforce net neutrality in the place that cares about that ruling most, San Francisco. The commissioner remarked:

“Public policy should protect the great driving force of the open Internet: how it allows innovation without permission... Slavishly sticking to analog age concepts of spectrum allocation can become, in the digital age, a government-imposed chokepoint that burdens competition and innovation by creating unnecessary and artificial scarcity of this essential resource...”

Tech companies are very interested in what the FCC has to say about innovation because the FCC controls fundamental rules that determine how their products--innovative digital devices, services, and content--are delivered to customers: over the internet.

But, as Dan Rowinski summarizes in a piece on readwrite, tech doesn't control the "pipes" that deliver the content. The battle is between so called “edge providers” like Netflix, Amazon, Hulu (and also the more diversified technology companies like Google, Microsoft, and Apple), and the internet service providers (ISPs) who actually build and control the infrastructure that the internet needs to live, like Verizon and AT&T. Although the net neutrality decision only pertains to fixed internet, both fixed and and mobile broadband is controlled by the telecom industry.

Broadcast band whitespaces between 54-698 MHz offer tech companies an opportunity to hop right over all this net neutrality hullabaloo and build their own infrastructure, without paying a dime for spectrum.

At some point in the future, TVBDs might harvest the ideal propagation characteristics of the VHF and UHF bands to erect a mobile broadband network using fixed and mobile devices equipped with cognitive radios. The potential to use TVBDs for dynamic mesh networks is high. They may even provide coverage to congested metropolitan markets.

And this is why we have seen such heavy involvement from companies like Google and Microsoft in the developing rules that govern TV whitespaces, and why we may see an uptick in urgency to secure them after the FCC's first move to ensure net neutrality has failed. The general trend has been that the more interest tech gives to whitespace, the worse it gets for wireless microphones.

On the flip side, Peter Rysavy points out on Gigaom that current whitespace radio technology is crude compared to existing alternatives that use tower-based antennas on private spectrum to blanket large swaths of population with coverage. The digital protocol slated to carry whitespace data is inferior to 802.11 carrying data over mobile networks now. Users will also need external accessories to access whitespace broadband, or wait for new equipment to roll out with whitespace ability. He also points out another, more fundamental problem:

“...it is extremely unlikely that any entity will invest billions of dollars in massive amounts of network infrastructure to use unlicensed spectrum to support commercial wireless broadband services. The carrier’s inability to guarantee service quality, predict and manage capacity, and eliminate or prevent interference render unlicensed spectrum an inferior solution for providers who compete based on quality of service and ability to support bandwidth-hungry apps and devices.”

Maybe that’s why small companies like Adaptrum and Carlson Wireless are first to actually create whitespace radios designed to cover local, not national scales, while heavier players invest in whitespaces from the sidelines through lobbying, PR, databases, and research behind closed doors--either to create mesh networks of their own someday, or position themselves to stifle or buy out competing networks that arise in the future.

But the things that makes TVBD network adoption difficult in the US are also what make it look so attractive. TVBDs are downright desirable when you look at who is using wireless to get on the internet, and the state of mobile broadband connectivity, as laid down by Mitchell Lazarus on CommLawBlog:

“Most consumers have little choice among [fixed] broadband providers... Mobile 4G service is a poor substitute, due to data caps. Fixed wireless ISP service is limited mostly to rural areas. Satellite service is slow and expensive... The free market has given Americans some of the slowest and most expensive broadband anywhere in the developed world.”

It seems the market is primed for, as the chairmen would have it, innovation. So I wonder if it is conceivable that Silicon Valley will do what they do best--create disruptive change by harnessing technology in new and unforeseen ways, and take whitespaces where no ISP has gone before.