The National Association of Music Merchants (aka NAMM), has always been about musical instruments.  But it had a little different look this year for folks interested in live and installed sound.

First off there were two new exhibit halls, (thankfully away from the musical instrument cacophany) and they housed all the pro audio and live sound manufacturers' exhibits.  Secondly, our friends at the Audio Engineering Society (AES) kicked off their inaugural Pro Sound Symposium. 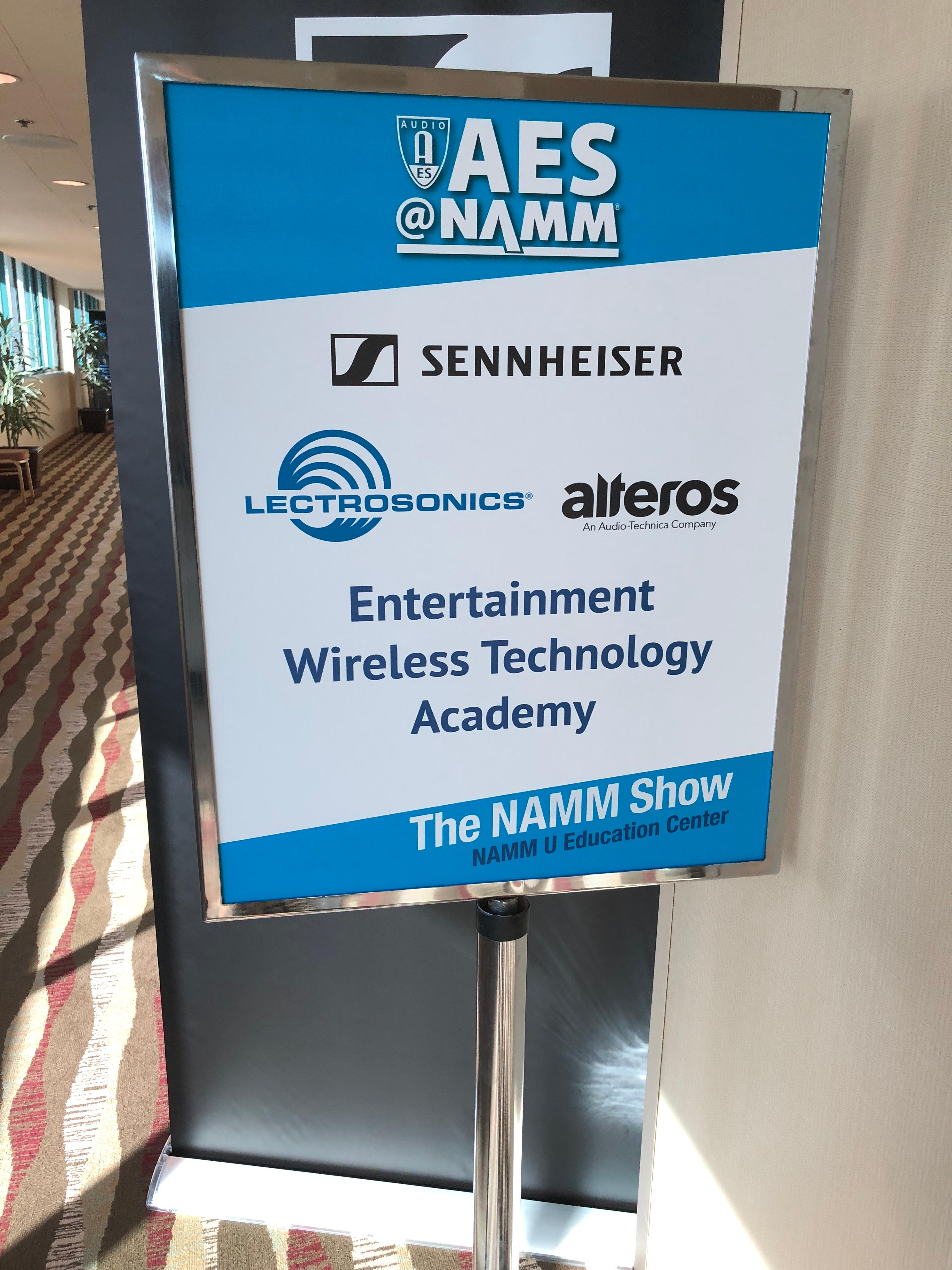 These workshops offered audio professionals in-person networking opportunities and hands-on training in many areas of live sound and recording.  I attended a full day of the Wireless Academy sponsored by some major wireless manufacturers and hosted by wireless touring professional Ike Zimbel.  The day began with a review and update of the ongoing RF spectrum changes and ended with a workshop on antenna systems and some audience Q&A.  The middle of the day sessions were filled by presentations from Audio-Technica, Lectrosonics, Sennheiser and Professional Wireless Systems. 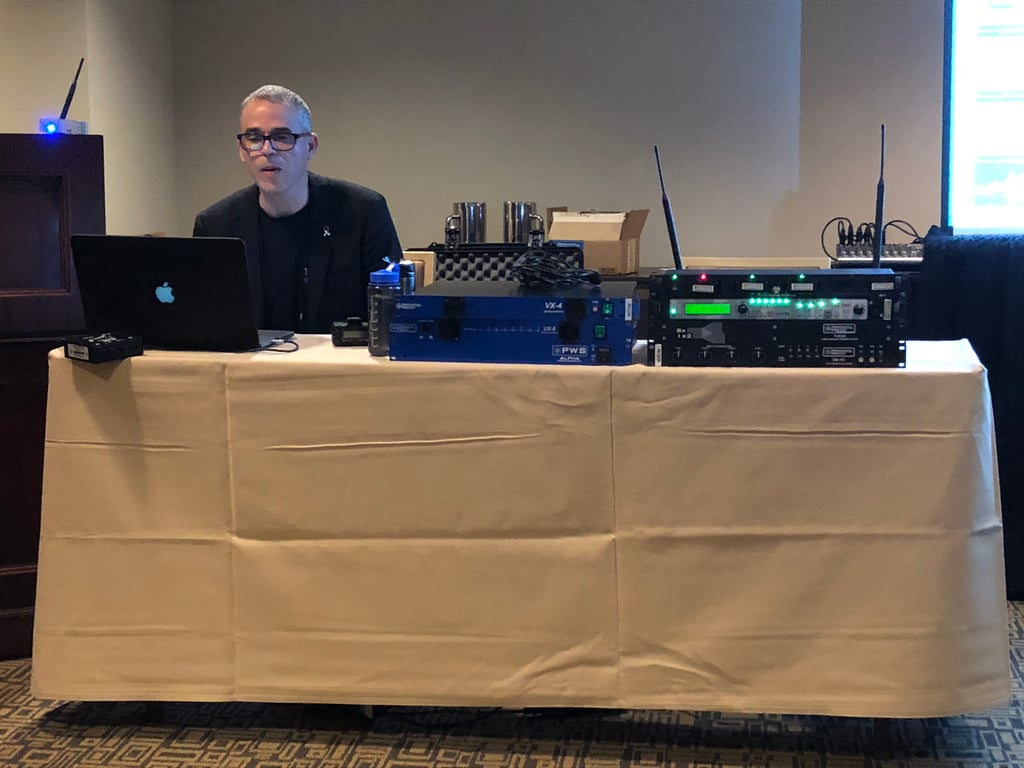 Ike Zimbel at the helm at the AES wireless seminar

The good news is that most everyone was aware that they will have to move out of the 600 MHz UHF TV band.

But another takeaway was that most users are still not fully aware of all the steps necessary to successfully operate everything in the 500 MHz band or across multiple frequency bands where they have no previous experience.

There will be a lot more frequency coordination necessary, but there will also be much more urgency around mastering antenna selection and RF link budgeting.  Using correct coax cabling, incorporating bandpass filtering and managing around LED lighting will become much more critical in a crowded RF environment than it has been in the past.  Another recurring subject at the seminar was the importance of obtaining a Part 74 license for your equipment, as it soon may become a necessity to operate in 500 MHz as the band begins to fill up with repack TV stations and new whitespace devices from Microsoft and Google.

Another frequently mentioned topic was the necessity of being able to perform RF scans in a venue.  It was pointed out that even though you may be able scan using your receiver networked to a program like Shure's Wireless Workbench, such a scan only covers the range of your receiver’s block.

While this type of scan is certainly helpful, it ignores potential problems from out of band interference when calculating intermod.  In particular, Jackie Green from AT/Alteros said you should plan on interference from T-mobile devices operating in the mid 600 MHz band to create intermod issues down to the mid 550s depending on your geo-location.

In the next weeks and months stay tuned to our blog as we will be discussing many of these issues in depth in an effort to improve your knowledge of best practices when setting up and operating.

So maybe if you are looking to escape winter in your neck of the woods next January, a trip to Anaheim may be in your future.  And oh yeah, the free half hour outdoor concert from U2 Friday morning before the show opening wasn’t bad either.