Part of Urban Electra’s signature performance style is to place all four members on widely scattered stages around a venue. RF Venue’s CP Beam™ antenna and COMBINE4 combiner on their wireless in-ear monitors assure that they play in-sync, precisely and seamlessly with no dropouts

Ashland, MA, USA, March 22, 2022 — Urban Electra is an all-female electric string quartet with a repertoire that includes everything from arrangements of hits by such artists as Muse, Coldplay, The Rolling Stones and Led Zeppelin, to Mozart, Bach and everything in between. The group’s high-energy live show has become a staple showstopper for corporate entertainment, social events and festivals around the world. And one of their signature moves is to have each musician perform from a separate riser, in some cases as much as 100 feet or more apart, in the same large venue. As dramatic as that can be, it was also a recipe for wireless dropouts for the quartet’s electric instruments. But not anymore, thanks to the CP Beam™ antenna and COMBINE4 active IEM transmitter combiner from RF Venue.

“It can be challenging, like the time they performed for an Ameriprise Financial event with 3500 guests at the Boston Convention Center, when each of their individual stages were literally 125 feet apart from each other,” recalls Jim May, CEO of Phoenix, Arizona-based production company Jim May Productions and Urban Electra’s longtime production and tour manager and wireless supervisor. “They can’t see each other that far apart, and they cannot keep the music together unless they’re able to hear themselves clearly and consistently through their in-ear monitors. Avoiding dropouts is critical.”

May has guided Urban Electra’s wireless journey throughout the RF spectrum’s bumpy road over the last two decades, as first the 700-MHz and then the 600-MHz bands were auctioned off by the FCC for use by mobile wireless providers, vastly narrowing the useful bandwidth windows for professional wireless users such as broadcasters, ENG and touring musicians. He invested in new wireless systems as needed over that time, but the ever-smaller available spectrum made using wireless instruments and IEMs, like the Shure PSM900 IEMs and ULXD transmitters that Urban Electra uses, more and more challenging. Incidents of interference and dropouts were occasional, but any audio artifact can ruin the moment for a musical performance. May had had some experience with RF Venue’s products, such as the Diversity Fin® antenna, but felt he needed more insight into how to use them. He was able to glean very useful information from YouTube videos created by Don Boomer, RF Venue’s Senior Applications Engineer, but went one step further and contacted Boomer directly. “One thing Don taught me was not to wrap the cable in a circle less than a foot in diameter, because that can cause the copper wire to go out of round and it won’t transmit the signal properly,” he recalls. “He also told me to group my IEMs together at the top of the frequency range and group transmitters together in the lower end of the band, so they were not conflicting.”

All of that advice made a massive difference, May says. At a corporate event at which Urban Electra’s musicians were again positioned on separate risers, he followed Boomer’s suggestion to reduce the transmitter output to 50 percent, deployed a CP Beam antenna on a 10-foot-high stand, and for the first time utilized RF Venue’s RG8X coaxial cable. “Before the show, I played music over one channel of the wireless and took a bodypack and walked it through several rooms of the venue,” he says. “I got close to 500 feet away from the receiver and not a single dropout. That opened up a whole new world of wireless for us. Lowering the transmitter output and letting the CP Beam antenna do the hard work was a revelation. You can’t get that kind of reception with little paddles. We use 10 channels of RF every night, and we haven’t had a dropout since.” 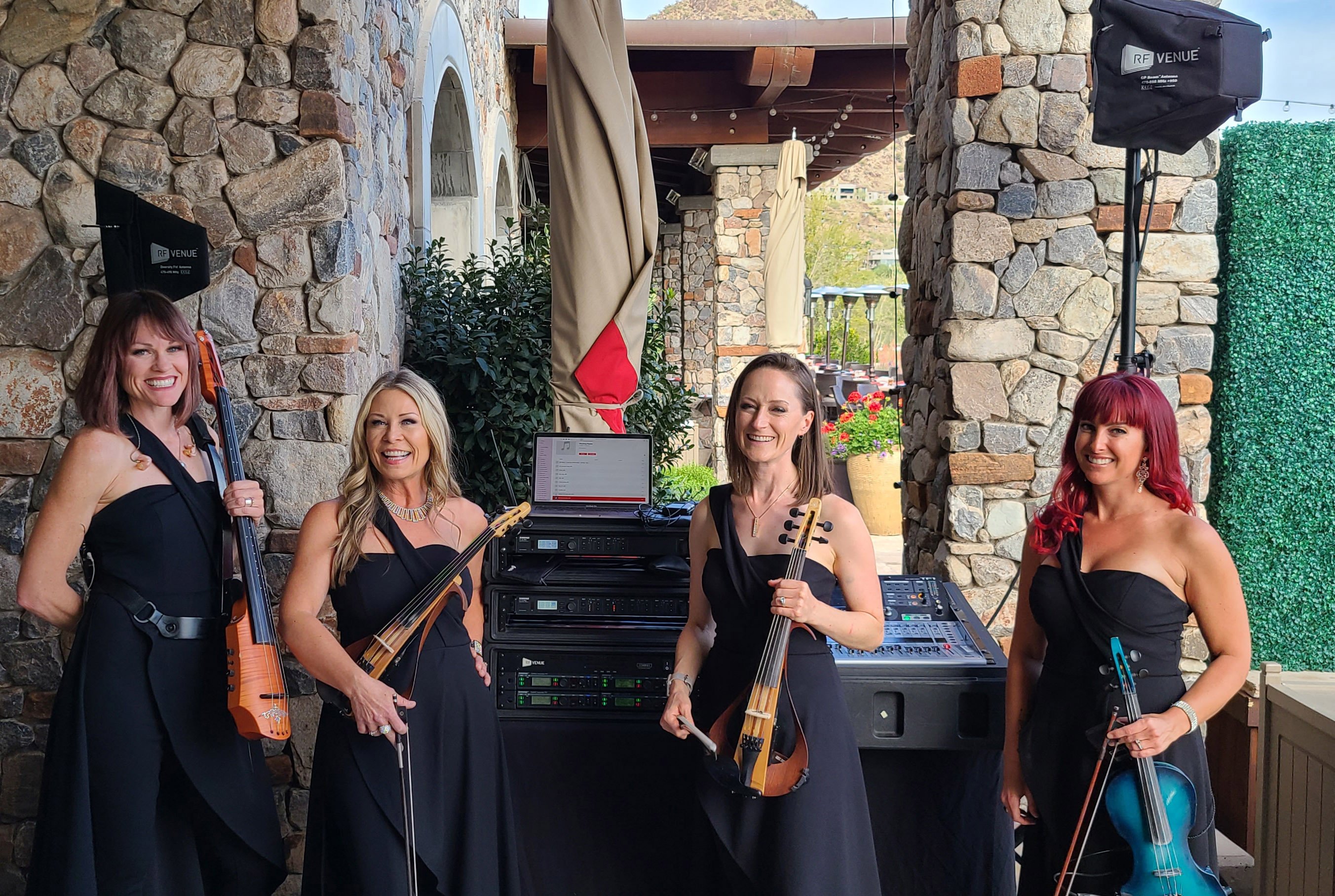