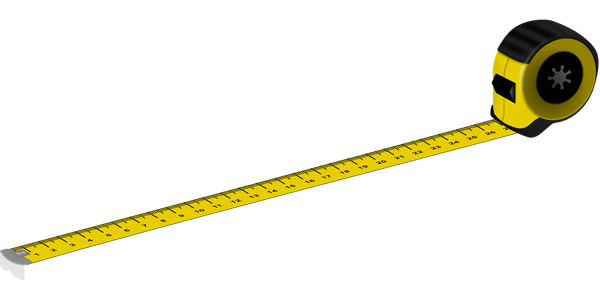 It’s baseball season again and boy does that make me happy.  What does that have to do with antennas?  Well …

I am often asked, “How far will this or that antenna reach”?  An important question for sure, but that’s the wrong way to think about it.  Generally speaking, antennas don’t “reach” out but rather they “catch” what you throw at them (sorry, still thinking about baseball).

Yes, there are directional antennas such as our Diversity Fin and CP Beam that have gain in one direction and rejection in another, which is usually a good thing, but that’s a different topic. Directional antennas will “listen” better for your transmitters than those with little or no gain.  But they are still just catching what you throw at them.  So an antenna’s range is a combination of how strong your transmitter’s signal is and how you are being affected by multipath reflections and the strength of your noise floor.  The primary deciding factor is your CNR (carrier to noise ratio).

If we were to go stand in a cornfield in Iowa (if you build it, they will come) you would very likely find that the range of your wireless mic, that has a manufacturer’s rating of 300 feet, might well do a 1/4 mile.  That would be because there would be little interference (until Microsoft turns on its new Rural Broadband Plan) and almost zero multipath.  There’s just no GMO corn that reflects RF (yet).  It probably also goes without saying that higher quality systems (with tighter front ends) especially digital ones, will perform better than those sub $300 systems I still see clinging for dear life.

So how about active antennas with built-in amplifiers?  Won’t that stronger signal result in more “reach”?  Crank it up to 11?  Sorry to disappoint but in fact it may perform worse.  The boosters on those amplifiers were only intended to make up for  losses in long coax runs and should only be used IF other factors can’t supply enough signal to keep you on the air.

What’s wrong with active antennas you ask?  Well number one, they are active and no amplifier is perfect.  They all add some noise and distortion to the signal as that is the nature of all active electronics. Since the amplifiers require the frequency range to be compatible with the frequency blocks commonly in use, they will also amplify any other stray signals they can find such as TV stations, IEMs/IFBs and junk from LED lighting, video walls, HDMI connections, white space devices, etc.  So the single biggest factor in keeping you on the air, your CNR, is likely to be worse.  You will also likely see in increase in intermod products as there will be some mixing in active non-linear gain stages.  If that’s not cause for worry, you also stand the chance that the increase in signal may overload the front end of your receivers if you haven’t planned this out very carefully (Especially if someone keys a two-way radio while standing near your amplified antenna).

So how about sticking with passive antennas?  Yes there will be losses that degrade the sensitivity of your receivers, but unfortunately more gain won’t improve it.  A better starting point in most cases would be to specify antennas with some forward gain as mentioned above.  Paddle antennas (LPDA) typically offer about 5dB and Helical antennas about 9dB.  There are even specialty Yagi antennas that can offer even more.  Team that up with better quality, low loss coax such as RG8x/LMR-195 for runs up to 100 feet or LMR-400 for even further and you may well have solved the problem.  The rule of thumb is usually not to lose more than 6dB, but that doesn’t mean if you exceed it you will automatically have problems.  Depending on the local interference and multipath in your venue you may be able to double that and still have a reliable connection.

Call the bullpen?  Just in case you need really long coax runs, take a look at this.  Very cost effective if you need to run 200’ of big diameter coax both from a materials cost standpoint and from a greatly reduced installation one.

And if anyone has some spare box seats, be sure to let me know.