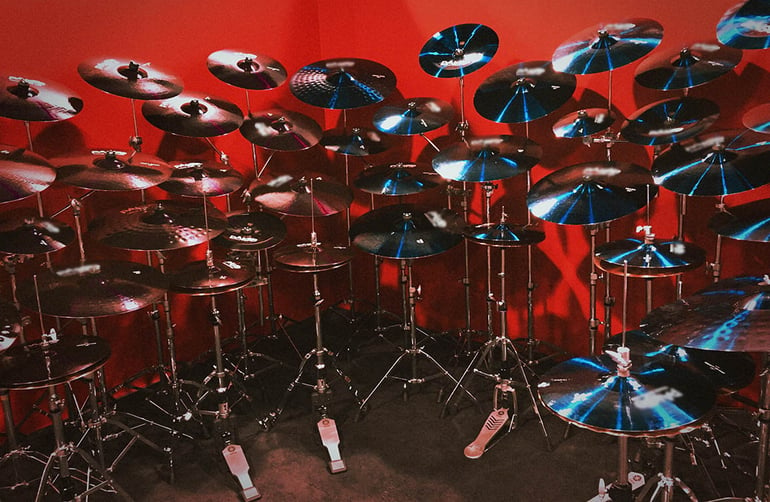 Those of you faithful Audio Gloss readers may notice a different name attached to this post. As the world swirls with changes, today feels like as good of a time as any to say hello and introduce a change to our small corner of information.

I’m pleased to announce that I'm joining Audio Gloss as a regular contributor alongside blog founder and editor Alex Milne, and the occasional guest column from industry experts. While Alex and I are on opposite coasts, I assure you I share his affinity for getting into the nitty-gritty of a whole slew of interesting audio and wireless audio related questions.

The first of those questions is a question within myself: why I decided to skip NAMM 2017. I decided to skip the whole thing, even though the renowned yearly conference for music manufacturers took place in Anaheim, a mere (25) miles from Los Angeles, where I recently came to reside.

My own journey into the world of audio recording and sound manipulation started in Columbus, Ohio, when I picked up the first of three Roland Juno 60 analog synthesizers I’d come to own. At the time, my ability to play a keyboard—I was mostly a guitarist and singer—or to program an analog synthesizer was next to nil, but my curiosity and unbridled enthusiasm were extreme. I was sure new worlds were waiting to be found underneath this shiny black metal coating. I felt helplessly magnetized to this slick, lacquered plank from the wondrous islands of Japan—whose possibilities were endless, like a plank of wood, but not nearly as empty and plain: lights and levers and buttons, unknown but seducing controls, surely might open a portal to the unheard. Unfortunately, wrangling that beast was easier said than done, as the only sounds I could get the machine to produce were accompanied by nasty glitches and unpredictable dropouts. At the time, I'm pretty sure I assumed it was allllllll part of the master plan. Only years later did I realize that the problems were caused by a faulty voice chip, an issue that’s plagued many Roland Juno 60s, and is easily repaired.

I didn't know it then, but that Juno 60 was the first link in a long chain, a chain that any musician, home recordist, or audio geek knows too well: gear lust.

If you play music, mix, record, or work in the audio field in some way, you have probably suffered from gear lust in some way, on some level. I've seen discussion about it under the poorly chosen name G. A. S. (Gear Acquisition Syndrome), and I myself have spent many, many hours reading the opinions of strangers whose names I didn't know, whose musical tastes could not have been more polar opposite to mine, who very well could have been a dog and a talking horse teaming up to make me purchase that one specific SM57 mod kit….

Which brings us to this year's NAMM Convention in Anaheim, with 250 vendors and an expected 100,000 guests. As someone who has written about gear and reviewed synth-related products in the past, I was interested. This is my first year living on the West Coast, my first chance to roll out of my driveway, head down the 5, and take a peek at the latest and greatest in music technology, in the newest of the new: drum machines, modules, synthesizers, mics, electric mandolins, maracas, etc. These things which all the forums will salivate and argue over for the weeks and months leading up TO the release of said products, and continue to argue and salivate, seemingly in an endless and exponential way. Dizzying, to say the least.

So, this year, I took a good, hard, conceptual look at the public sentiments which drive NAMM’s attendance. At the very idea of the convention and what it represents.

Looking at the many vendors and the products they plan to release, I couldn't help but think to myself, regardless of cost, do I really need this? Will this thing or that thing speed up my workflow, or will it slow me down? Or more importantly, will this let the real me be more clearly understood through my music? Will my message come across with more clarity and precision? Or will my message be diluted by the incessant voices of vendors and the music community at large, voices which by virtue of their abundance and lingering whispers, make choices for me? Whether you or I are conscious of those decisions, we are influenced, and they are made.

This is not the first time in my life gear lust has reared it's head. I've been in apartments of many strangers that I will never see again. I've trekked to the outer boroughs with just a hunch that I might find some sort of analog treasure. I don't want to do the mental calculation too carefully, but dare I say it that there's a chance I've spent more time finding and researching gear than I have time spent making music. But with age comes wisdom, and as I've grown older I've been able to curtail those desires and I've found myself spending more time making music with a limited set of tools. And I find myself asking a very specific question whenever I come across a new (insert your chosen “thing” here): how can I do what this thing does with my current set of tools? How can I adapt what I'm already doing to accomplish a similar sound?

In most musical applications, every common form of audio processing may be achieved through more than one tool or method, whether the processing involves changes in timbre, tone, volume, dynamics, space, granulation, or whatever. What you want is probably already out there, and within your reach, if you look and think hard enough. So I decided I was going to look within, to find those ideas which lurk, fully formed, in the corners of my studio, waiting to be found.

With that in mind, I decided that, no, I was not going to attend NAMM this year. Besides, they did not offer me a press pass. :/