Bruce Arledge Jr. just got back from a vacation surfing in the Marshall Islands, where he was taking a well-deserved break. Arledge, a Los Angeles-based tech and audio mixer has had his hands in the television industry for nearly thirty years, and recently completed a gig that is as high profile as possible: working as compound A2 for the 60th annual Grammys. Arledge handled the interfacing of the stage, music mix, and production audio elements, a role that requires incredible coordination and poise.

How did he get there? Like many of the other techs we’ve profiled, Arledge started early, taking on any responsibility that was thrown his way. “I started working with a local sound company called Burns Audio when I was back in high school in 1982. I worked in the shop, delivered rentals, worked my way up to system tech, and then FOH mixer, all while learning everything I could about sound reinforcement.” Luckily for Arledge, the company also catered towards the live television market, setting him on a path that led him to where he is today. 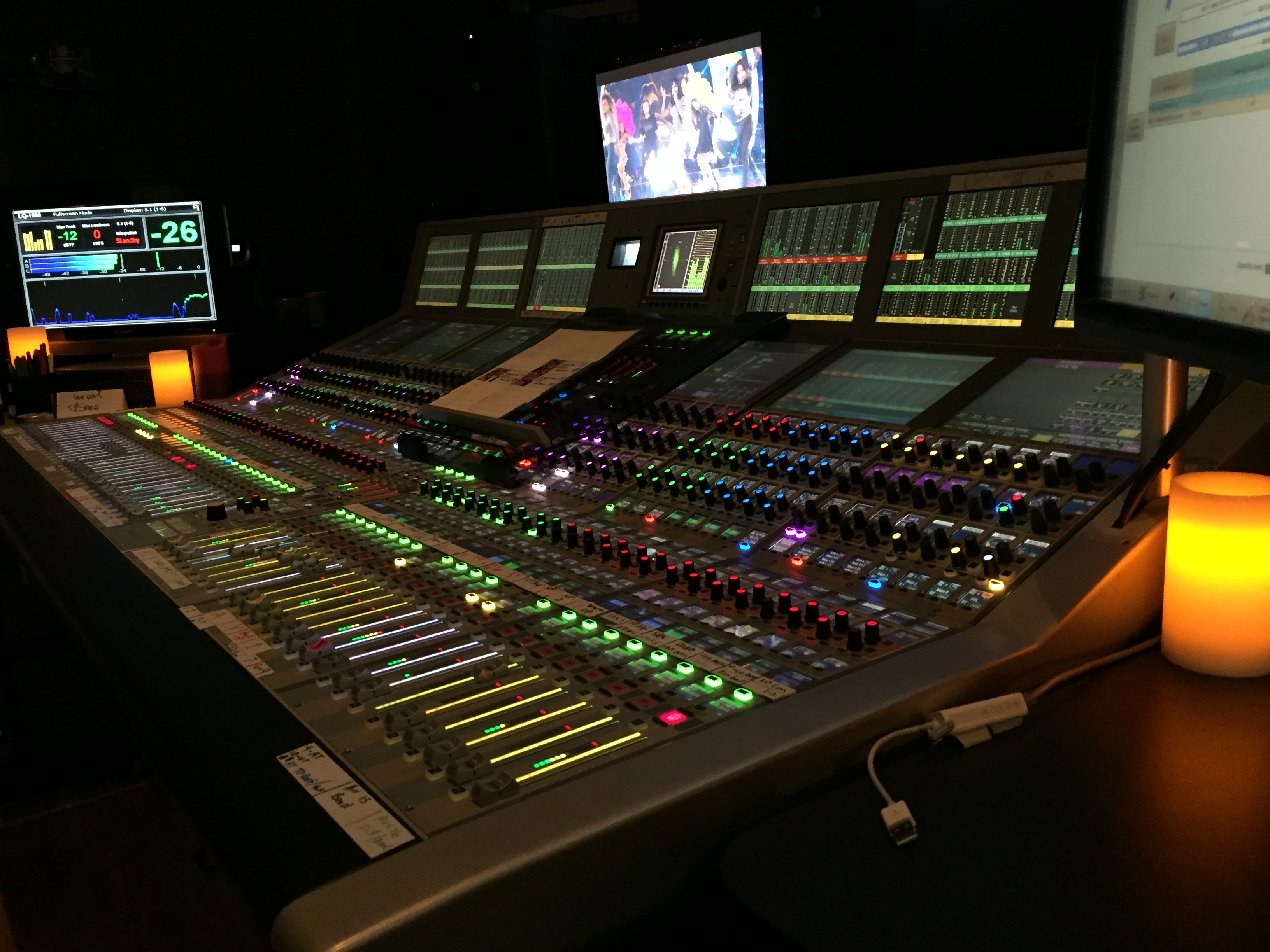 Mixing for Television, above

He started working as a boom operator on sitcoms in the late 80’s and early 90’s, landing gigs on Married With Children, The Drew Carey Show, and Family Matters.” It was these experiences that led Arledge to develop the Boom Trac, a microphone dolly system that allows the operator to move the boom microphones left to right and adjust angle on move, allowing him / her to track with the actor in real time.

“With this system, we mounted (the boom) on a catwalk hung 14’ above the stage, over the camera aisle. This allows the operator to be above the lights, which creates less boom shadows, and allows for more room for cameras on the floor,” Arledge explained. The system is now used on most four-camera sitcoms, including the Big Bang Theory, Two and a Half Men, Friends, and nearly ever other sitcom produced in the last twenty years.

Arledge, who won an Emmy for the design a few years ago, could be resting on his laurels, but instead has been busier than ever. He moved from mic’ing to mixing in the late 90’s, handling the audio for such shows as Odd Man Out and Love and Money. He now handles mixing for Dancing With The Stars, as well as regularly supervising audio for live musicals. Grease Live, Hairspray, and A Christmas Story have all benefitted from Arledge’s ear.

Regular pieces in his toolbox include transmitters and recievers from Sennheiser, though Arledge is quick to point out that every job has it’s own unique challenges, and frequency coordination is always the bottom line. “I try to use the same basic platform to start each show, and go from there. Use the best crew and vendors possible. Keep the lines of communication open between all departments, Directors, and production, and you’ll have the best show possible.”