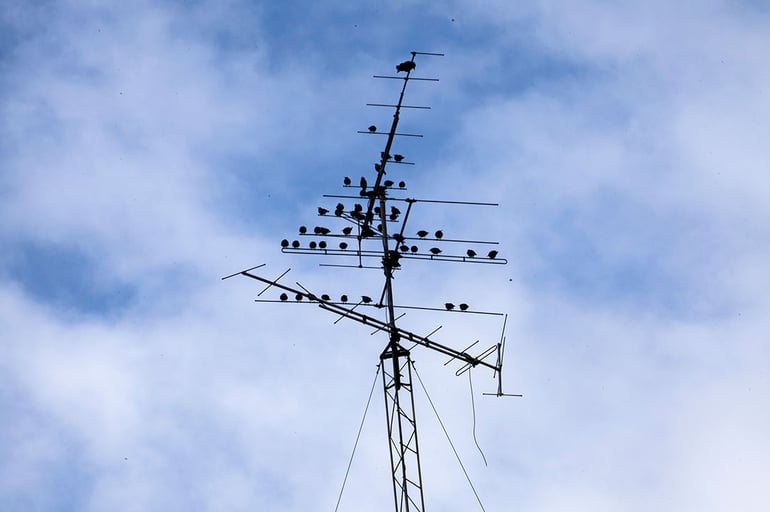 Broadcasters and wireless microphone users are cut from the same cloth.

Some of the earliest inventors of wireless microphones were broadcasters, and they were among the first to widely adopt wireless audio for applications like local newsgathering and coverage of live performances.

To this day broadcasters (as a function of mics operated per organization) are among the heaviest users of the things.

When it comes to the Incentive Auctions, two types of broadcaster, Low Power TV Stations (LPTV) and translator stations, have a lot more in common with wireless microphones than some of the other incumbents: both are at the very bottom of the barrel.

LPTV stations and translators are ineligible for the compensatory checks full power stations look forward to in exchange for relinquishing spectrum rights. Most will have to relocate, and they don’t get any spoils from the relocation fund.

With so much in common, and so many wireless mics in use at LPTV stations (and full power stations as well), there has been collaboration between mics and broadcasters to communicate just how important the two are to one another. (especially licensed microphones)

But faced with scarce resources, and uncertain legal recourse, the two could just as easily send conflicting messages that starve the Commission of what precious attention it has for these two diminutive players—LPTVs and microphones—both of whom need the same spectrum for different things.

“LPTVs and translators are the dominant spectrum holders of low-band spectrum,” says Mike Gravino, Director of the LPTV Spectrum Right Coalition, who is not shy about how unfairly he thinks LPTVs have been treated. “we are providing the most amount of spectrum, and yet we get nothing from the auction.”

Gravino’s Coalition wants LPTV licensees to benefit from the Incentive Auctions. At the very least, Mike asserts that all LPTV licensees should be guaranteed a channel post-auction because of language in section 6403 of the Middle Class Tax Relief and Job Creation Act of 2012, which contains the enabling Congressional legislation for the auctions.

“Our rights are enshrined there,” he continues. “And if we don’t get some sort of accommodation we intend to blow it [the auctions] up legally, even if we delay it for a while. After the auction and repack happens we have what we call the ‘ROD,’ the right of displacement. Which is the right to come back and find another channel. That means we are going to take up all available whitespace. Any spectrum available will come to us, because we have a priority over white space devices, we have a priority over microphones.”

Though I can’t interpret the validity of Gravino’s legal claims, I do sympathize with the plight of LPTVs.

The LPTV landscape embodies the principle of free access instilled in the UHF broadcast band better than most of the full power stations do.

“Approximately 3% of full power and cable stations are owned by women or minorities,” explains Louis Libin, Executive Director of the Advanced Television Broadcasting Alliance, another industry group representing LPTV and translator licensees. “Approximately 30% of LPTV stations are owned by women or minorities. That’s a huge difference, and I’m not sure how the FCC is getting away with it. It’s the destruction of value, jobs, and diversity.”

Even though LPTV stations are not part of mainstream culture, to those who operate and watch them, like rural, immigrant, and other underserved populations, there is a great deal at stake.

LPTV owners will fight to see their own interests upheld to the best of their ability.

The wireless microphone lobby, small as it is, will fight for the same.

Unfortunately, an important part of what both industries want—exclusive and/or interference free use of beachfront UHF spectrum—will be in terribly short supply, and the spirit of collaboration between broadcasters and wireless audio manufacturers might break down to a scramble if there are hints that spectrum might be given to one over the other.

Last week, the NAB filed a comment in response to a March PN that provided additional details on rules for the post-auction transition, and the definition of a mobile network “commencing operations.”

The NAB and ensuite TVTechnology are incredulous that TVWS (AKA TVBD or WSDs) should be allowed to operate in post-transition spectrum—any sorry scrap of spectrum at all—that is unused by carriers while LPTV and translators are given the boot.

Specifically, the PN said this:

LPTV or TV translator stations in the 600 MHz guard bands must cease operations no later than the end of the Post-Auction Transition Period. TVWS devices may continue to operate in the 600 MHz Band indefinitely, except in those areas in which a 600 MHz Band wireless licensee commences operations after providing the requisite notice to the TVWS database administrator.

In response the NAB:

…the FCC’s decision to displace LPTV and TV Translator stations from guard bands and the duplex gap before a wireless licensee is prepared to commence operations is fundamentally unfair… the Commission continues a disturbing and unprecedented trend of elevating unlicensed operations, in this case unlicensed operations in the duplex gap and guard bands, over licensed LPTV and TV Translator stations.

In this case, it is TVWS. In the next, could it be unlicensed microphones?—who in terms of legal hierarchy are far below LPTV licensees as Part 15 devices, but in terms of absolute numbers dwarf LPTV licensees by a few orders of magnitude.

Whether licensed or unlicensed wireless microphones will get to use the guard bands is, to the best of my knowledge, not yet decided. The March 26th PN was silent on the subject of mics. I expect that if low power TVWS devices are required to vacate guard bands in geographic areas where carriers have commenced operations, wireless microphones, especially unlicensed ones, will be kicked out after the 39 month transition period as well. This will be the case for the rest of auctioned UHF frequencies: no microphones allowed after 39 months, even if the winning bidder hasn’t actually set up their network yet.

But, I’m still holding out hope that wireless microphones may obtain some exemption for the gap and guard bands by reason of their very low power (no more than 250 mW) or the argument about ENG “supercriticality” and the importance of large-scale public events.

How broadcasters react, through written and closed-door channels of communication to the FCC, will be important to the immediate future of wireless audio.

Let us hope, given the importance of wireless microphones to broadcasters—and vice versa—that whatever solutions the FCC offers are beneficial to us both.