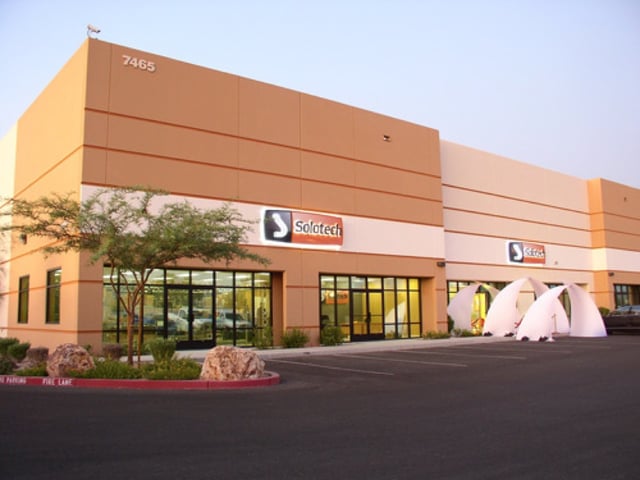 Solotech, one of the largest live and installed entertainment technology firms in the world, has adopted the RF Explorer RackPRO spectrum analyzer as a component of many of its touring kits.

Driven by a need for both powerful and cost-effective frequency coordination solutions on increasingly complex performances and installations, Solotech’s U.S. Director of Sound Operations Mario Leccese chose the RackPRO as an option on many of the company’s major and minor events.

“We were very pleased,” Leccese said. “We used it at a very high profile event at the Colosseum at Caesar’s Palace in Las Vegas. There were many, many frequencies at this event. We compared the scans from the RackPRO to those of the TTI, which was about four times the price, and the results were very close.”

The audio technician on the show, Nick Stover, remarked that “the spectrum was pretty much full, and if I had an emergency, and had to run to find another channel, I felt confident that Clear Waves calculations would provide me with another one without intermodulation issues.”

The RF Explorer RackPRO can be used with a copy of Clear Waves or Vantage frequency coordination software to calculate frequency sets, monitor frequencies for dropouts, and exports CSVs to other programs, like Shure® Wireless Workbench and Professional Wireless’IAS.

Leccese also demoed the RackPRO on a large Fourth of July show in Irvine, California. “Irvine is always RF hell,” he said. “But with the help of the RackPRO, things went off without a hitch. It was especially great to be able to calculate intermodulation free frequencies and dump them into Wireless Workbench.”

“The quality, paired with the price, pretty much allows me to send one out on every show,” Leccese continued. “It’s really easy to bundle with an 8 channel kit, instead of buying a Hewlett Packard spectrum analyzer that takes a doctorate to understand.”