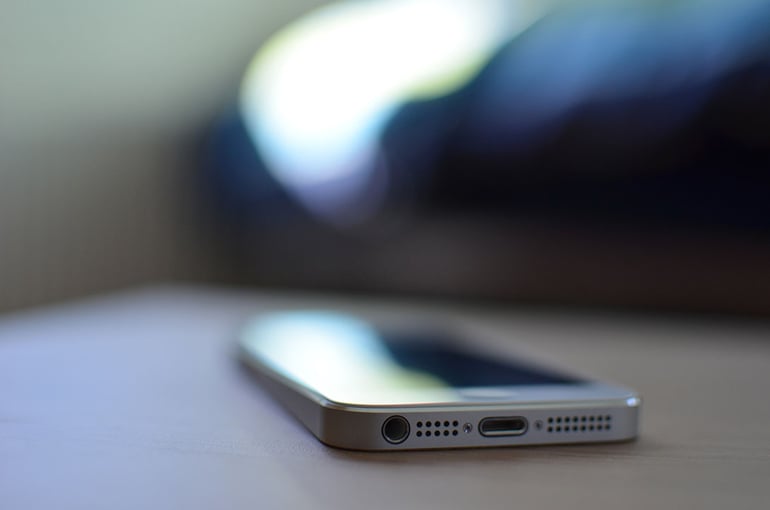 Yes and no—but mostly no.

WiFi devices—including cellphones that are WiFi capable—can and do interfere with wireless microphones, but only with mics using the 2.4 GHz band, which are less common than industry standard UHF mics.

For all practical purposes, cellular transmissions do not directly interfere with wireless audio devices.

If you are blaming cellphones for wireless problems other than GSM buzz, that blame is probably misplaced.

It’s possible for interference to bleed out of a given band into an adjacent or nearby band. This is called an “out of band emission.” However there aren’t any active cellular bands anywhere remotely near the UHF range.

It's also possible for cellphones using WiFi to interfere with 2.4 GHz microphones, which we discuss in the next section.

Where are cellphones? All over the place, depending on model, manufacturer, carrier, and region.

As you can see (actually, you probably can't—click here for a supersize version of this chart) licensed cellular spectrum does not overlap with current UHF. You can also see 2.4 GHz unlicensed waaaaaay to the right. A zigzag line is used to denote cellular bands, as they are mixed in-between other services.

The 700 MHz band was auctioned to carriers in 2008, and the lower portion of that allocation is close to the upper regions of UHF, but few of the winners have built up active networks there, so we don't have to worry about out-of-band emissions (yet).

Some of you remember the blip blip blip bzzzzzzz sound that preceded incoming cell phone calls in the early to mid 2000s, which was known variously as the “blackberry buzz” or “GSM buzz,” and laid waste to unsuspecting PA systems.

The buzz was a radio communication protocol used by some (especially 2G) GSM type networks that would, under certain circumstances, be converted from electromagnetic energy into audio frequency signal by unshielded wires within electronics acting as antennas in combination with diodes and transistors, and then made audible by speakers.

Some believed that the dreaded buzz was caused by cell phones “taking” mic frequencies. In reality this type of interference is unintentional and caused by electrical interactions between cellphones in close proximity to XLR cables, speakers, and PA systems.

With new protocols like 4G/LTE, GSM buzz is now rare. I haven’t heard it in years (have you? email me, because I would like to know if it still happens)

[UPDATE: After a few emails, GSM buzz may be a more significant problem than is led on in this article. Stay tuned. DOUBLE UPDATE: An important follow up article is here.]

WiFi devices, like wireless routers/WAPs, can easily interfere with wireless audio equipment, but only equipment that operates in the 2.4 GHz band. UHF broadcast band equipment using 470-698 MHz is not adversely affected by WiFi.

Most (but not all) WiFi equipment uses unlicensed frequencies on the 2.4 GHz ISM band, which in the United States stretches from 2.400 GHz to 2.483 GHz. The most familiar standalone WiFi device is the wireless router or WAP. But Bluetooth, Zigbee, and many other radio technologies use 2.4 GHz.

2.4 GHz microphones have grown in popularity because they require very little frequency coordination and are legal and unlicensed in every international region.

However, 2.4 GHz is a crowded band, and most technology operating there does not require real-time uninterrupted operation, like wireless mics do.

One or two channel 2.4 GHz microphone systems usually perform well. But interference may become problematic on multi-channel systems or where WiFi utilization is intense.

Since WiFi is such a prominent feature on smartphones, the 2.4 GHz band is hostile territory anywhere there are lots of people and WAPs that offer up connectivity. Smartphones aren’t just using WiFi for internet access. Increasingly, phones make calls through dedicated “voice over WiFi” apps or through what’s known as WiFi offloading.

Controlling interference from WiFi is difficult for two reasons.

First, WiFi sends out rapid bursts of RF that constantly and unpredictably hop frequencies—unlike analog transmitters which stay on a single frequency. You can’t manually coordinate around a WiFi device because it doesn’t stay put.

Second, WiFi is everywhere and used by everyone, but controlled by few. You have no authority to ask IT departments and cellphone owners to stop transmitting, and no opportunity to coordinate with them. Even if you did, short of completely powering them down, smartphones and other consumer WiFi radios operate automatically and out of direct control.

It is worth noting that both WiFi and cellphones can cause spurious interference to wireless microphones of any type by way of malfunctioning power supplies and poorly designed or shielded electronic components. But this risk comes from anything that uses electricity. Low power cell phones and routers manufactured to tight specifications are much less likely to cause spurious interference than things like faulty electrical wiring, breakers, audio amplifiers, and power lines, so if you are constantly worried about cellular and WiFi as a source of interference aside from the characteristic GSM buzz—you shouldn't be.