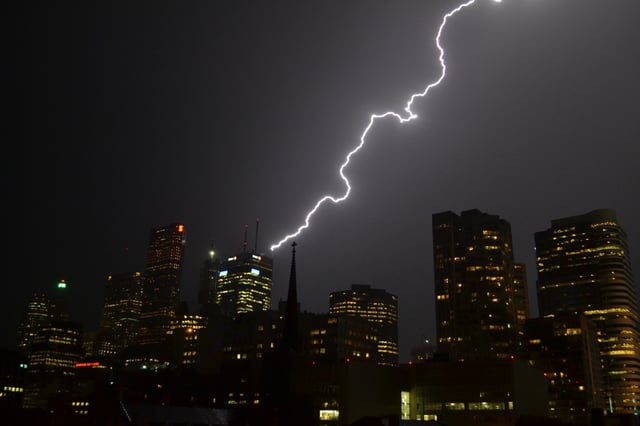 This post is the second in a series on understanding, finding, and mitigating interference for operators of wireless audio equipment.

There is no way to cover every source of interference in a single blog post, or even an entire book. There are far too many things that can and do produce RFI (radio frequency interference) and EMI (electromagnetic interference). Nearly anything that uses electricity can produce RFI—and even some things that don’t!

Interference can, however, be separated into three distinct categories, each of which contains a broad range of devices and phenomena.

These three categories can be further divided into endless subcategories, which we have partially done in the attached infographic. We also are not discussing constructive or destructive interference, which refers to signal problems caused by waves themselves moving through and interacting with their physical environment.

Luckily, some sources of interference are more common than others—much more common—and wireless microphones only need to worry about interference that occurs in three frequency bands: the broadcast band (54-698 MHz in the United States), 900 MHz, and 2.4 GHz. There are some microphones and wireless audio devices that use other bands, but they are uncommon and not discussed here. 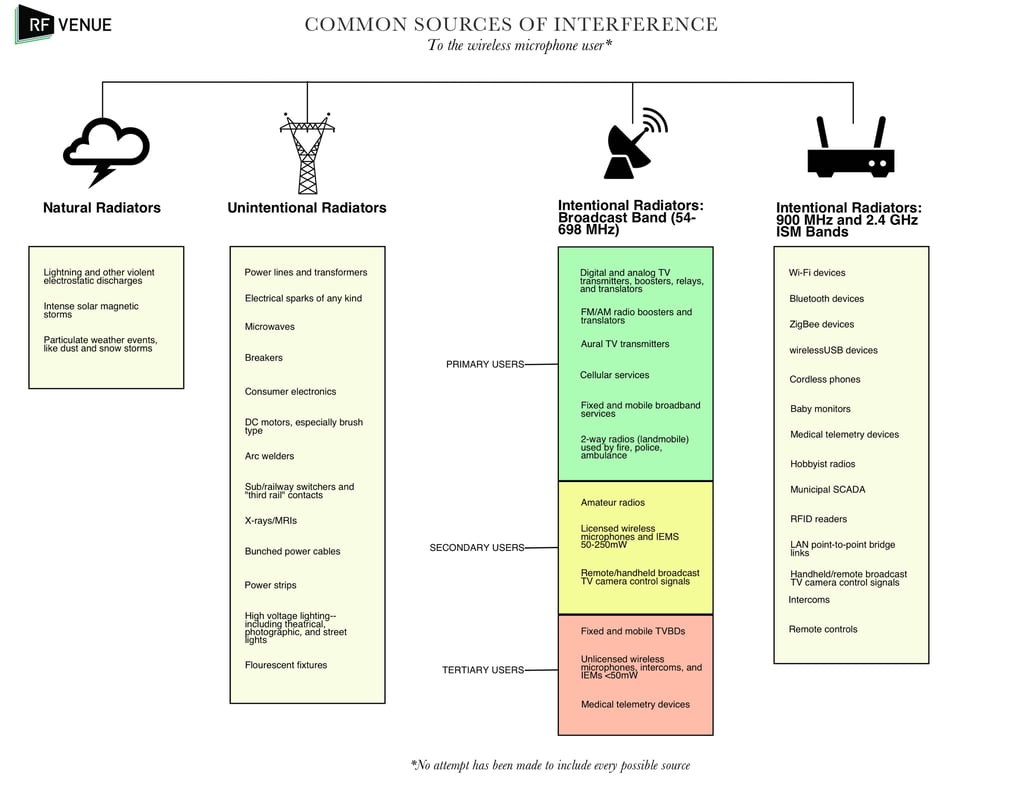 The TV broadcast band is unique. It hosts a variety of services, both licensed and unlicensed. It stands in contrast to other licensed bands that contain only a few or in some cases a single occupant that claim exclusive property rights to the frequencies there, as well as in contrast to unlicensed (ISM) bands, like 2.4 GHz and 900 MHz, that resemble a "spectrum commons,” where an unlimited number of entrants may use spectrum as long as they all follow a set of standards.

But comparing and contrasting spectrum management models is an interesting topic for another day. In the meantime, stay tuned for another installment of our series on interference. Next up is one on finding sources of interference using tools you already have.