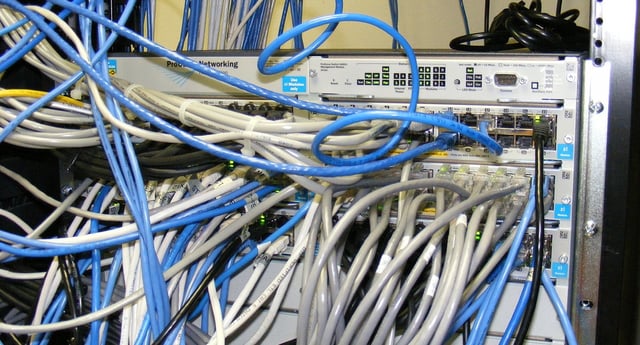 Jeff Miranda is president of Neologic Sound in Northridge, CA. He’s a veteran commercial integrator and contributor to various industry publications, including Commercial Integrator. We caught up with Jeff to get his thoughts on the future of wireless audio in the corporate environment.

RFV: What does the spectrum crunch mean for commercial integrators? Both regarding microphones and other unlicensed devices integrators might be spec'ing.

Miranda: This may result in major headaches for integrators and customers alike, simply because less spectrum will be available. What’s worse is that, currently, many customers are already using microphones that operate within these [potentially banned] ranges. This might make it very difficult to impossible use these existing systems when different parts are banned from public use in the future. For example, areas with several churches packed closely together may have problems finding open and clear frequencies without cooperating with other churches in the area--much in the same way that theaters on Broadway engage in complex coordination between theaters. I think this issue will be more of a pain for venues that utilize a large number of RF devices, like wireless mic systems. This will be especially true with convention centers, performing arts spaces, and houses of worship.

RFV: Is there anything integrators can do to prepare/react to the spectrum crunch that they aren't doing already?

Miranda: I think it would be a good first step to encourage existing customers to not purchase new wireless microphone systems until we know what exact portion of the spectrum will be available for use. Finding a system that is a bit more frequency agile is also a good way to help prepare for the crunch, since systems that can dynamically switch channels on the fly tend to provide cleaner, clearer signal. Once we do know which portions of the spectrum will be unavailable, it may still be possible to optimize the performance of an existing system, based on the frequencies that are left. [RFV note: The upcoming FCC auction of the 600 MHz band will still leave 50% of the real estate that UHF systems currently operate on. Optimizing performance in corporate wireless environments might include stricter coordination or frequency agile systems (as Jeff mentions), the use of directional antennas, and a host of other devices and techniques this blog will continue to cover.]

RFV: How are corporations using wireless audio and audio/videoconferencing in their offices differently than they were in the past? How do you see them using it in the future?

Miranda: First and foremost, everything has gone wireless. We have these powerful smartphones, tablets, laptops, and other business machines that all function wirelessly. Corporations have really embraced the technology and the benefits it offers, to the point where it’s become part of daily business life. Videoconferencing is more popular than ever before, and for good reason. It allows more efficient interaction with multiple locations, whether that be with offices in Los Angeles and San Francisco, or to another state, or outside the country. It’s really changed how companies meet, share ideas, and perform business Plus, it happens to be a good way to save over costly airline tickets, hotels and other costs involved with having employees travel between offices. So I think you will see this technology used increasingly in the future. (RFV note: Audio/videoconferencing mics often use the DECT, or 1.9 GHZ band. Corporate environments also make heavy use of the 2.4 GHz bandthrough wireless networks. So the new 2.4 GHz microphones and com systems, therefore, will not necessarily be immune to RF congestion.)

RFV: In the recent years there has been a migration of corporate offices back into the city, after a number of decades in the suburbs. Are integrators going to find new wireless challenges working in dense metropolitan areas, versus suburbs or commercial parks?

Miranda: I would say that due to this migration, it's very possible that this will cause issues especially as more and more people are adopting the use of wireless. There are areas where commercial parks are heavily populated, but they are typically in areas that are not in close proximity to homes. In large metropolitan areas, where homes are mixed in with corporate buildings, I would expect this will continue to be an issue and might present additional challenges. Ultimately though, time will tell.