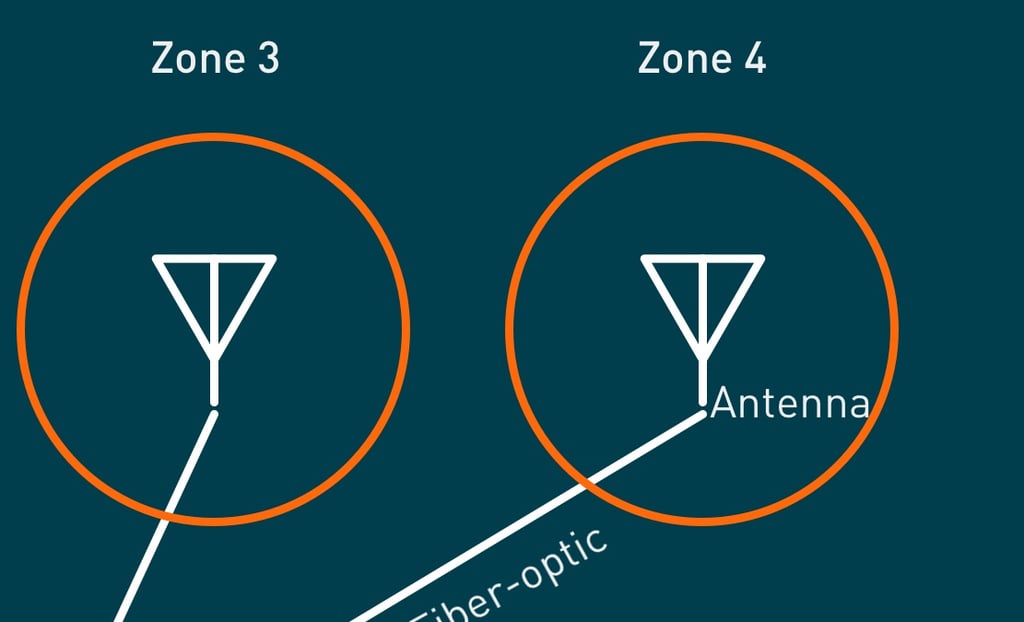 We posted an article comparing antenna distributors and combiners many months ago. It was a successful piece, but it never addressed the more fundamental question, what is antenna distribution? I’m glad you ask.

In wireless audio, antenna distribution is most commonly used to route multiple signals through a single antenna (which is, technically, referred to as "multi-coupling"), either transmitted signals or received signals. Less commonly, large facilities will contain “distributed antenna systems,” where multiple signals are sent through multiple antennas separated in physical space. 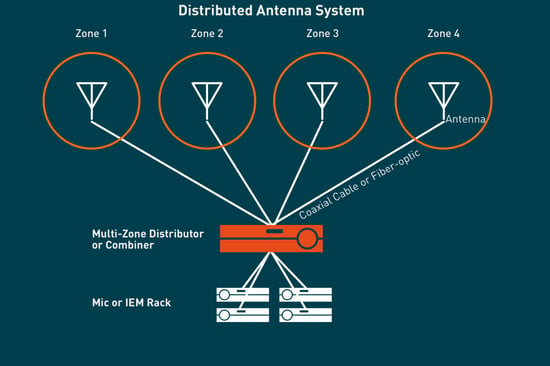 Diagram of a distributed antenna system.

Antenna distribution leverages the ability of one antenna to receive or transmit as many frequencies as you can push into it. That is, each device does not need to have its own antenna. Through cabling, splitting, and amplification, many signals can share the same antenna. Or, think of it this way: if one antenna functions well to pick up a single transmitter on multiple frequencies (what we call a broadband antenna) it also is able to collect or push out multiple signals on multiple frequencies. 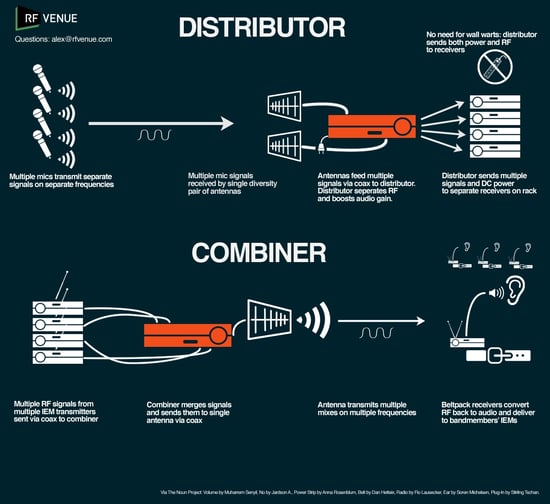 Antenna distribution benefits you, the user, in many ways.

Finally, antenna distributors can not be used as transmitter combiners, and vice versa.