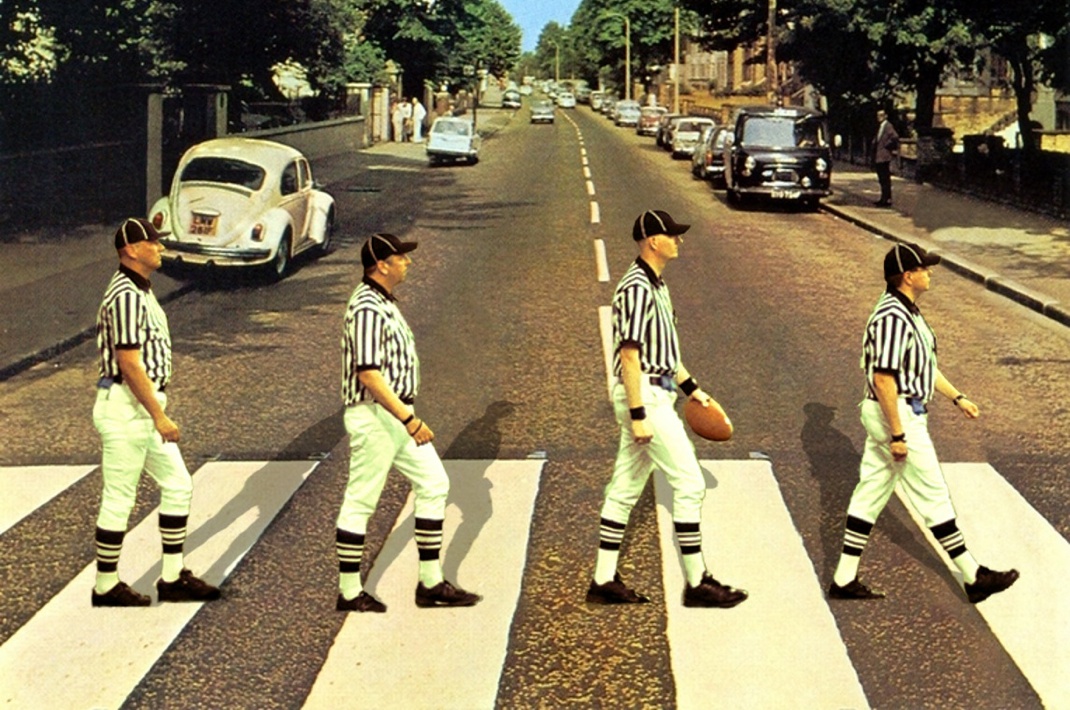 There isn’t a month that goes by that we don’t take a few calls from exasperated athletic directors or A/V techs charged with getting a referee’s wireless mic to work. And as football season approaches, most fans can relate to the awkwardness of having a ref un-mute his wireless mic to call out a penalty only to have silence come through the TV or worse--an unintelligible series of dropouts or harsh interference. This is one reason why the NFL is one of the most outspoken groups lobbying to preserve RF spectrum for wireless mics.

In our case we generally recommend the Diversity Fin antenna for ref mics, placed at field level at the 50 yard line to cover the entire field. The vertically polarized LDPA side of the Diversity Fin typically covers the middle of the field, and the horizontally polarized dipole picks up outside the middle of the field through each endzone. The challenge with this is that the referee receiver can sometimes be remotely located above the field in a press box and complications can arise when on-field traffic between coaches, refs, broadcasters, and security is at its peak.

We had Professional Wireless founder and co-owner of Radio Active Designs James Stoffo weigh in on the issue. James is an international authority on frequency coordination, whose firm operates all of the ref microphones, pre-game and half time wireless systems at the Superbowl each year. We also heard from Gary Trenda, a wireless system technician who works hand-in-hand with the Green Bay Packers, and coordinates frequencies at Camp Randall Stadium for the University of Wisconsin Badgers.

James: Due to the great distance that the signal has to travel to get from the transmitter to the receiver, there is a greater amount of "space" to receive interference from.  In addition, the transmitter power level at the associated receiver is now low due to the range.  Typical receiver antennas are set up high in a suite, which means that they are picking up ambient DTV, high power communications energy and EVERYTHING on and around the field.

Gary: I would echo Stoffo's comments about distance from the antenna being a major contributor to reception problems. I've also seen equipment condition play a role here. Microphone elements, cabling, belt mounted switches, and bodypack transmitters (especially their antennas) are all subject to wear and tear. It's important to maintain the equipment and have a backup system available in case of failure.

Q: What specifically about the arena/large-scale sporting event contributes to these problems?

James: A large event will have an abundance of radio frequency energy because there are so many wireless systems operating FOR the event itself. There are coach communications, ref microphones, entertainment wireless microphones and intercoms, as well as broadcast equipment including parabolic dish transmitters and IFB systems.  The wireless microphone receivers are searching for a signal level of only a few micro-volts of energy.  The receivers are simply overwhelmed by the overload of RF energy and begin to desensitize and break down.  In addition, the many signals in the "space" mix and combine to create intermodulation distortion products that negatively affect other wireless systems.

Q: What solutions do sound professionals have at their disposal to minimize these problems?

James: Try using 6 MHz cavity tuned filters. They reject everything outside of the 6 MHz slice of radio waves that are allowed into the receiver. Also, use very directional antennas placed low on the field level. No more overload problem. Where possible perform a frequency analysis for IMD, and create a radio spectrum band plan.

Gary: Many of the higher end wireless system receivers incorporate tracking filters into the receiver front end. This can help minimize issues from out of band interference. Even if your system doesn't have this filtering, the 6 MHz cavity tuned filters Stoffo mentioned can be added externally. They're great a great tool to have available. Stoffo introduced me to cavity tuned filters a few years back. They're especially useful if you have a spectrum analyzer with a tracking generator, allowing you to tune the filters in the field. They're also available pre-tuned to any single 6 MHz DTV channel, so they can be a good solution for permanently installed systems as well.