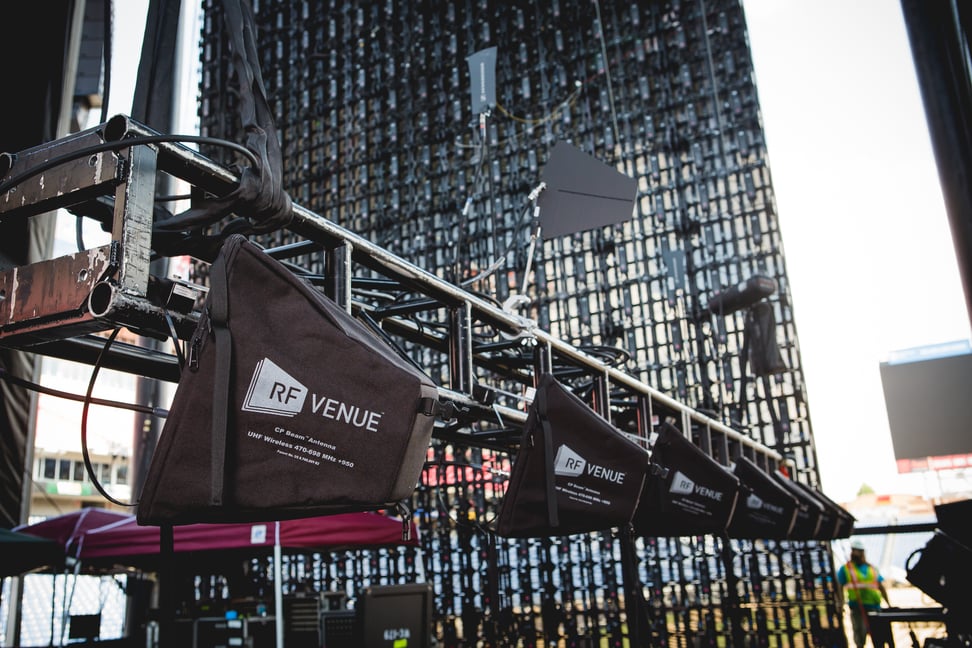 Wireless in-ear monitors are an important part of any touring kit. Though the audience never hears IEM feeds, poor RF environments and unhappy talent often convinces monitor mixers to get the best reception possible with external antennas. We take a look at the gold standard of IEM antennas, high gain helicals, and why you should be using one too.

IEM dropouts cause both acute and chronic audio problems for the performer. Severe pops from signal interference, while rare, can bring performers to their knees, and bring the mixer responsible into a bit of hot water. Subtle noise and crackling might not cause discomfort, per se, but a perfectly clear signal gives a noticeably better experience in the long run.

One barrier to great reception is many belt-pack receivers don’t support diversity reception--which is to say they have only a single antenna. This makes these receivers much more likely to encounter drop-outs and multi-path fades than the dual antenna diversity systems common in microphones and very high-end IEMs. The belt-pack is also in constant motion, and occasionally changes orientation depending on body position. Plus, the pack sits beside or behind the talent, requiring the signal to pass through or alongside a radio opaque human body.

Helical antennas have a distinctive “corkscrew” design. This gives them exceptional directionality, even better than LPDA “shark fins”, and very high gain. Most importantly, the screw shape creates circular polarization. Signals can be transmitted on circularly polarized waves, and signals can be received from transmitters of any orientation as well. Circular polarization can roughly be understood as the edges of the wave spinning in a circle as the wave moves forward in space, creating a spiral shape. In contrast, the edges of linearly polarized waves (which can be vertical, horizontal, or however the transmitting antenna is oriented) travel along a flat plane.

In the context of wireless in-ear monitors, circularly polarized helical antennas create a wave that’s received by the body-pack antenna regardless of orientation. Their high gain and directionality easily throw from FOH boards or across a cluttered performance space from the wings. And best of all, single antenna IEM body-packs are less likely to encounter multi-path interference.