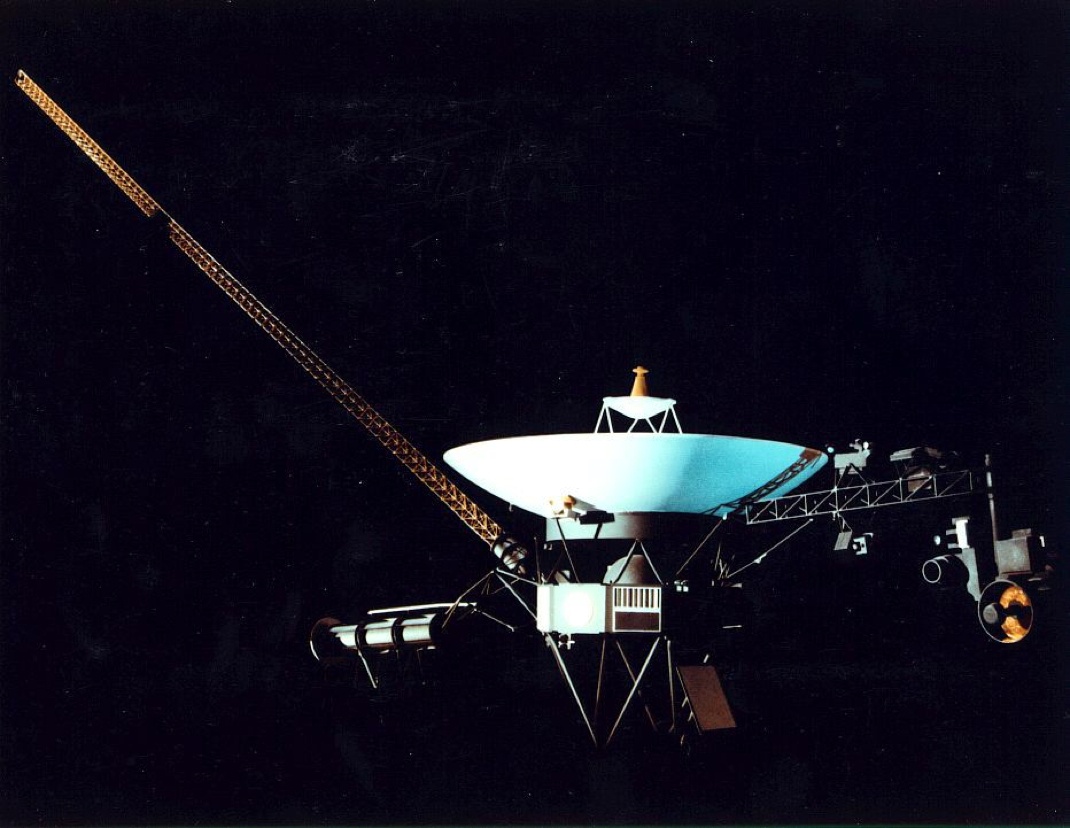 Our “Signal vs. Noise” holiday post marks the season of darkness by gazing skyward into the stars. Particularly, at the minute radio signal emitted by the farthest manmade object from earth, the space probe Voyager 1.

Many of the wintertime religious holidays celebrate light, celestial bodies, and the contrast between light and dark which is so prevalent this time of year in the northern hemisphere.  Of course at 19 trillion kilometers away, Voyager does not experience seasons or any of the celestial markers we orient ourselves with here on earth, because she is outside our solar system, in the depths of interstellar space. When Voyager sends a radio signal back to us, it takes an astonishing 18 hours to arrive, traveling at the speed of light. But arrive it does. All thanks to a high-gain parabolic antenna pointing back toward home.

Voyager 1 is equipped with two antennas actually. A microwave antenna with a comparatively low gain of 7 dBi, and a parabolic dish with 48 dBi at X-band frequencies, and 36 dBi at S-band frequencies. Both are circularly polarized, and the main transmitter operates at only 22 watts. The low gain antenna went out of range in the 80s, but the high gain is still going strong.

Voyager 1 is actually a good exercise in signal-to-noise ratio. Audio pros sometimes have trouble getting a good ratio a few hundred feet from their receiver. But how about 19 trillion miles? Voyager’s signal contends with very little radio pollution in space. That is to say, the noise floor is very low. And it also doesn’t hurt that the “receivers” listening for Voyager’s signal, a series of radio telescopes, are among the most sensitive scientific instruments ever created.

The darkness of the winter season might seem long, but you can count your blessings next to Voyager’s--while we only have to wait a few months for more sun, the unfortunate probe won’t encounter another solar system for 40,000 years. Voyager has a wide variety of music to keep it company, stored on the famous “Sounds of Earth” golden record that accompanies the spacecraft on the off chance encounter with intelligent life. None of the tracks are holiday-themed tunes, unfortunately, so let’s listen to the next closest thing Voyager has onboard, which is perhaps more appropriate for her long, lonely journey into the stars.