The historic and highly emotional event in Lower Manhattan, on the site of the 9/11 attacks, presented one of the most challenging RF environments on earth, but RF Venue’s Diversity Fin® Antennas, 4 ZONE™ active antenna combiner and RF Band-Pass Filters guaranteed there would not be a single dropout during the ceremonies 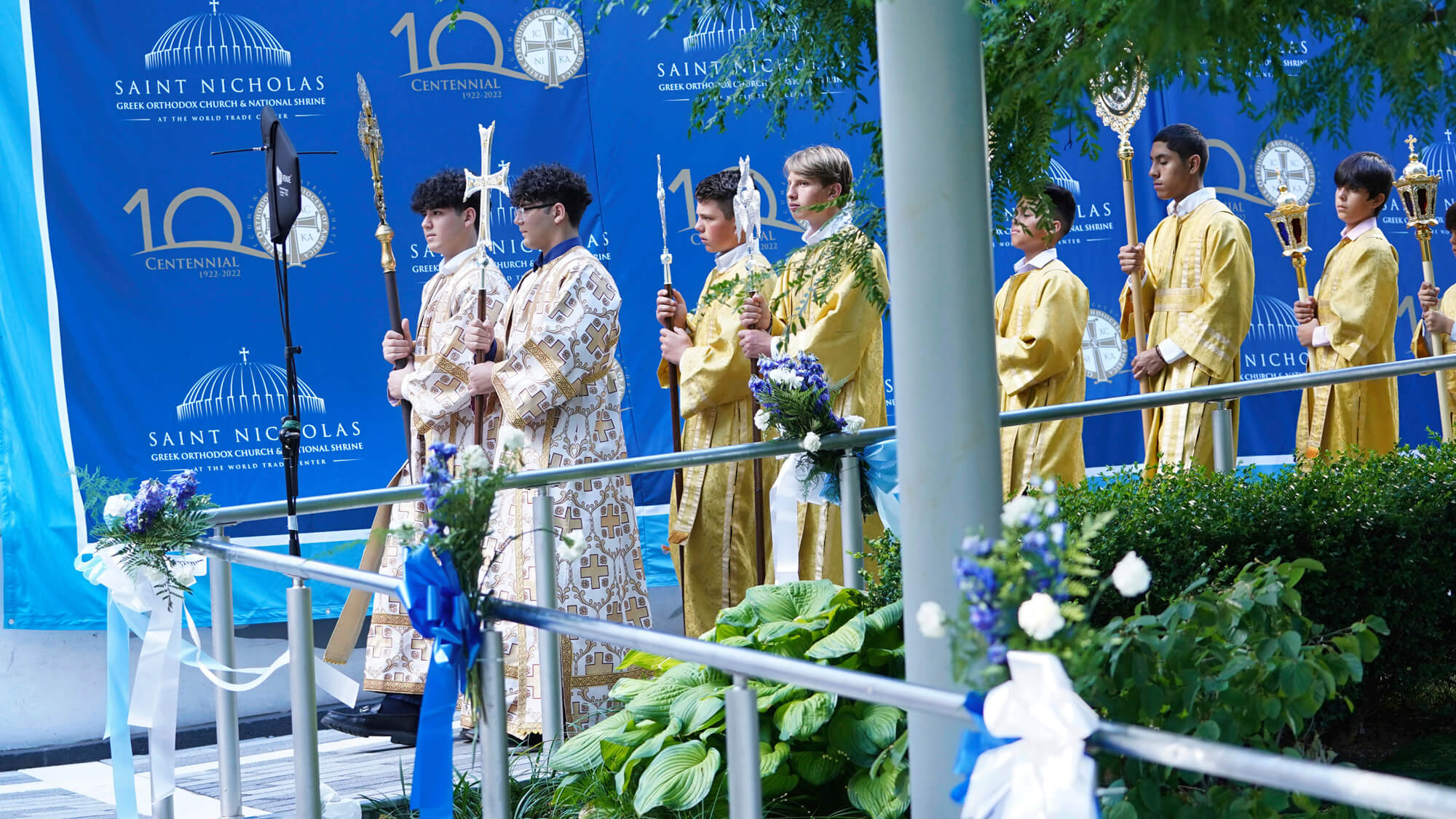 Ashland, MA, USA, August 9, 2022 — It was a moment both solemn and celebratory: the re-establishment of the Saint Nicholas Greek Orthodox Church in Manhattan, in the form of a new structure with a distinctive transparent dome. Monday, July 4, 2022, was a fitting date to restore one of the iconic structures damaged by the Sept. 11, 2001 attacks. St. Nick’s predates the World Trade Center: founded in 1916 by Greek immigrants, the church was one of the first stops in the U.S. for new arrivals from Ellis Island, where they would light a candle and give thanks to the patron saint of seafarers. 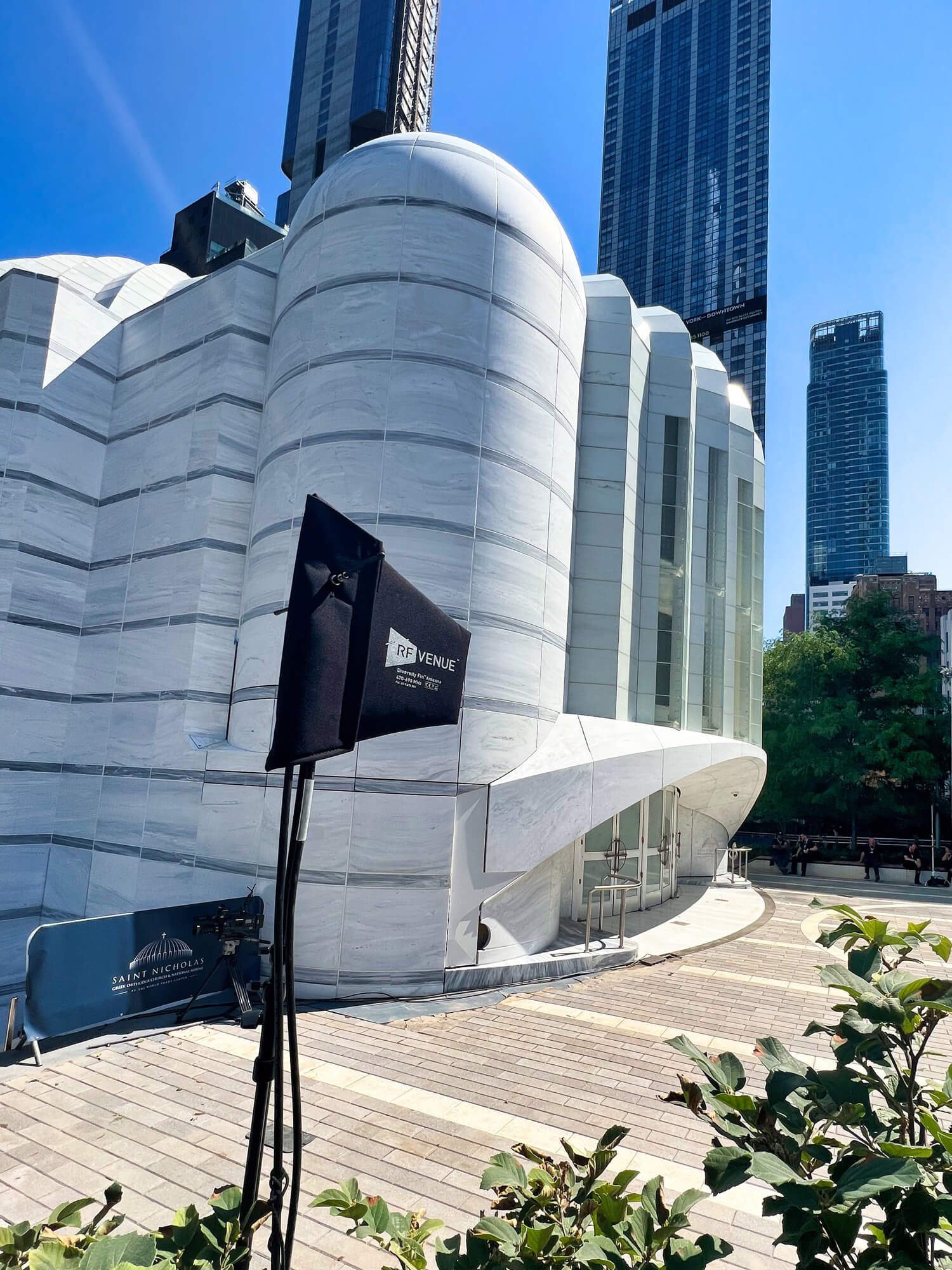 The reopening event, during which sanctified relics of the saint were sealed within the altar table, saw a procession circumnavigate the new church building three times, each time employing 17 channels of wireless microphones used by clergy and other VIPs to commemorate the event, while operating within one of the densest RF environments on earth, home to dozens of nearby law enforcement facilities, government agencies, media enterprises, and other intense RF spectrum users. The stakes were high, and interference was likely, but New York City-based One Way Event Productions, which handled the production for the event, knew where to turn: RF Venue, a leading global manufacturer of antenna and RF communications wireless audio essentials. In this case, those essential items were five RF Venue Diversity Fin Antennas, one 4 ZONE active antenna combiner, and a pair of RF Band-Pass Filters, used along with a Shure Axient wireless microphone system. 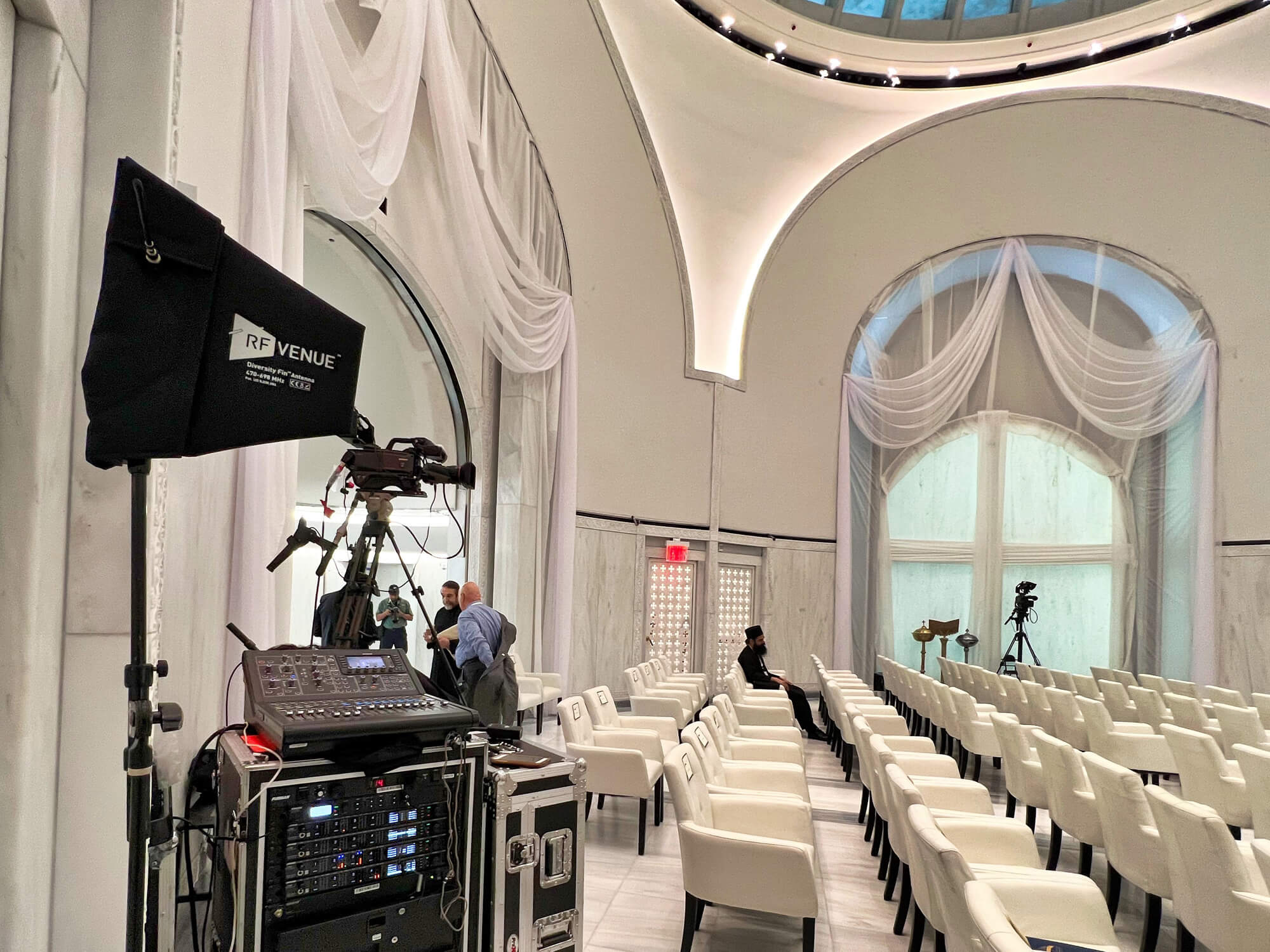 “We knew RF was going to be a challenge,” says Miguel Peguero, head of production at One Way Event Productions, noting that a much smaller event on July 2 with fewer microphones had some areas with no coverage, prompting the use of far more microphones and transmitters for the July 4th event. “The procession would be circling the new church building three times outside, with stops along the way during which church leaders, media, and VIPs would make speeches and announcements using wireless microphones. We had 17 transmitters ready to go.” One Way Event Productions’ audio engineer JP DaLeo used Shure’s Wireless Workbench to coordinate frequencies for the event, but the potential for interference and dropouts remained significant in the RF-heavy environment. And as many event producers do, Peguero called Don Boomer, Senior applications engineer at RF Venue, who made some very specific – and successful – recommendations. They included the deployment of five RF Venue Diversity Fin antennas, placed at every corner of the new building and pointing down towards the walking path. These were run into additional RF Venue hardware – a 4 ZONE active antenna combiner, with a pair of RF Band-Pass Filters implemented post combiner. “Everything worked perfectly, with not a single dropout,” he says. “The new church is literally built on top of the headquarters for a major transportation authority, plus T-Mobile’s 5G was being rolled out in the area, so you know the RF was everywhere. But we had zero interference, zero dropouts. We had strong signal going into the receivers. It was an important event for a lot of reasons, and it had to be perfect. Thanks to RF Venue, it was.” 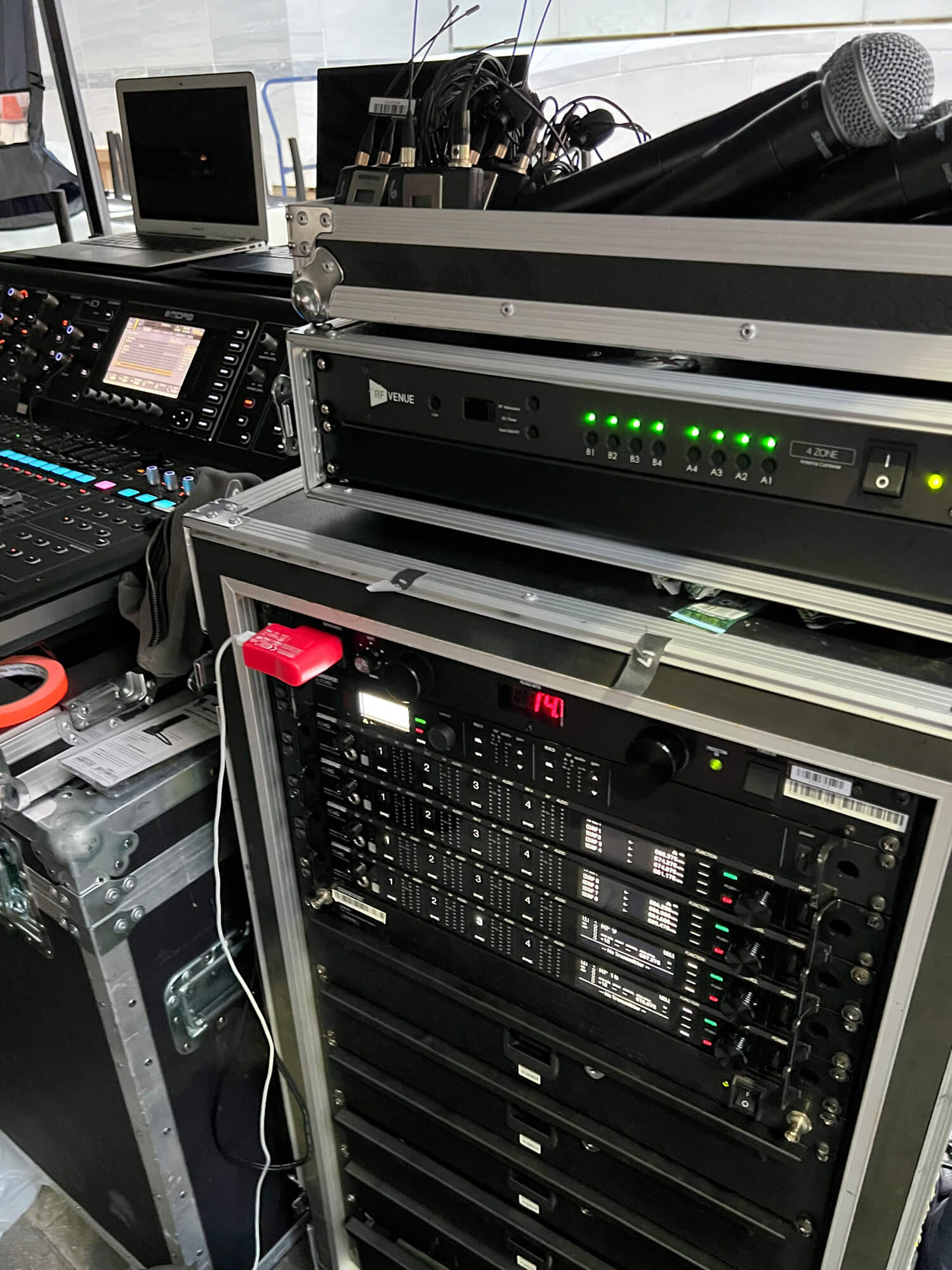 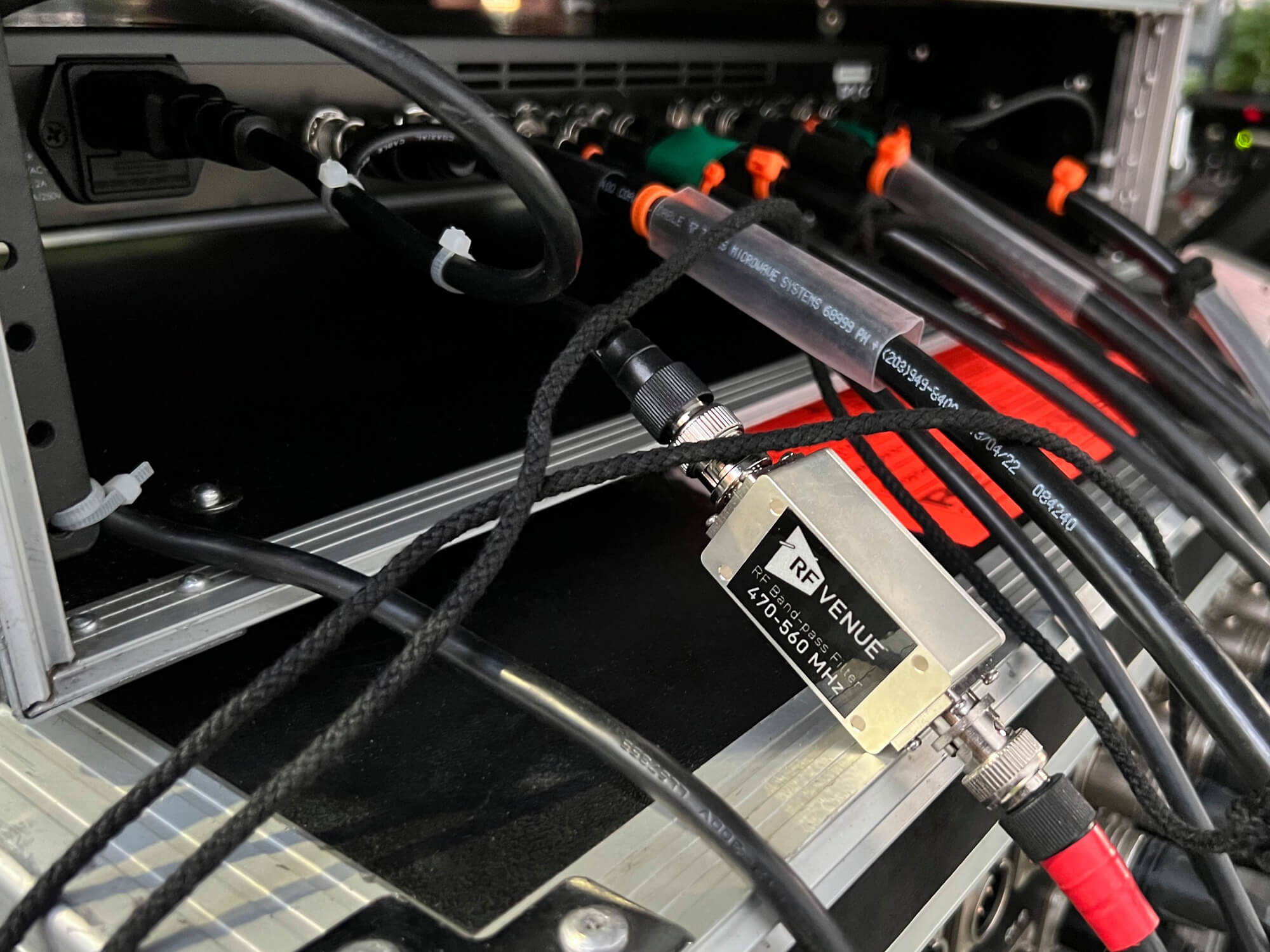 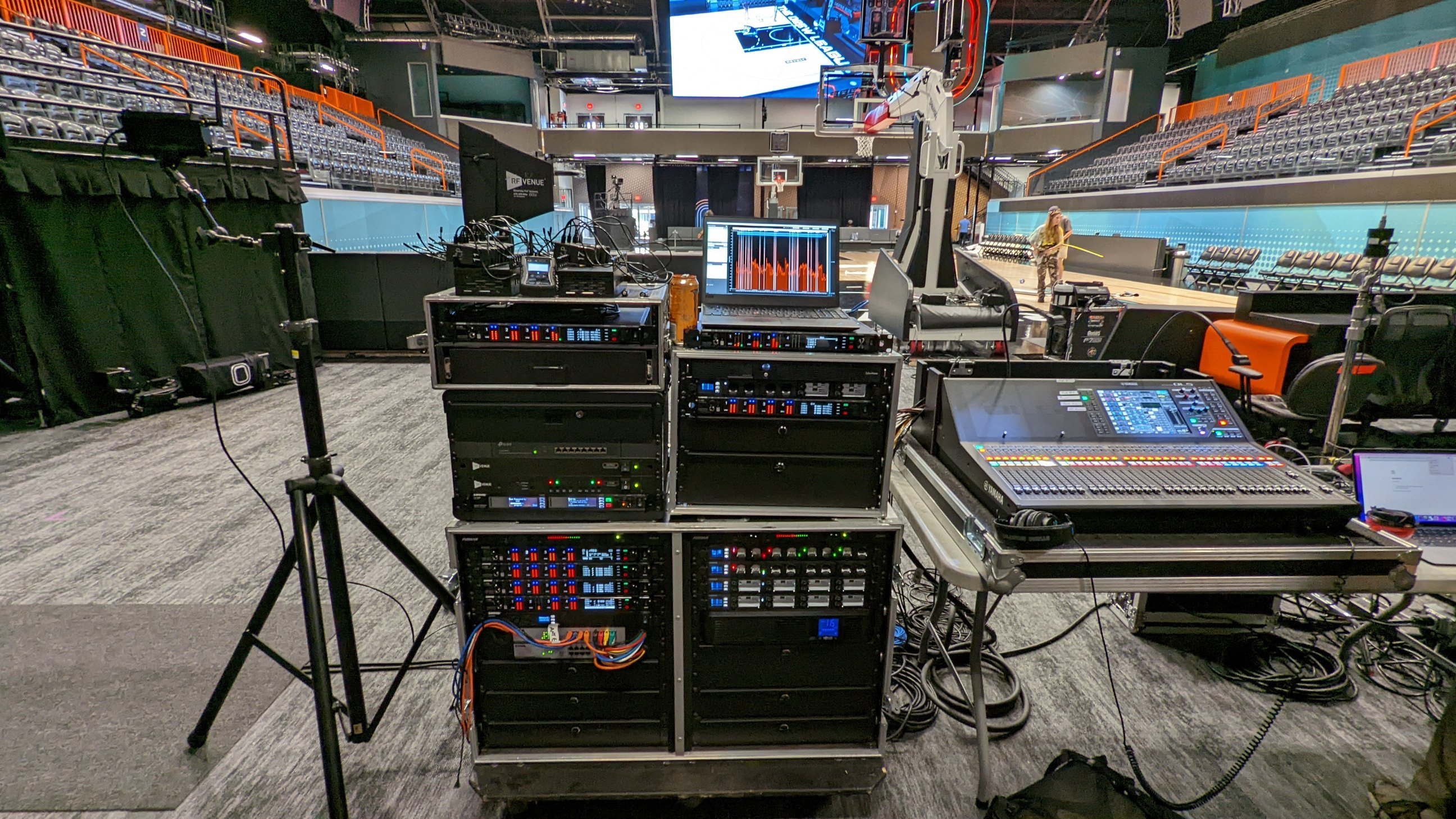