Ashland, MA, USA, August 16, 2022 — Atlanta-based firm In Concert Productions (ICP) provides wireless services for a wide variety of television program productions, including Family Feud, Judge Steve Harvey, and Dancing With Myself, as well as cutting-edge televised sports like Fan Controlled Football. Key to ICP’s arsenal of tools are reliable wireless audio essentials from RF Venue. Thanks to ICP’s deployment of these products, the shows have never experienced a wireless dropout, putting producers’ minds at ease and making filming and editing a breeze. 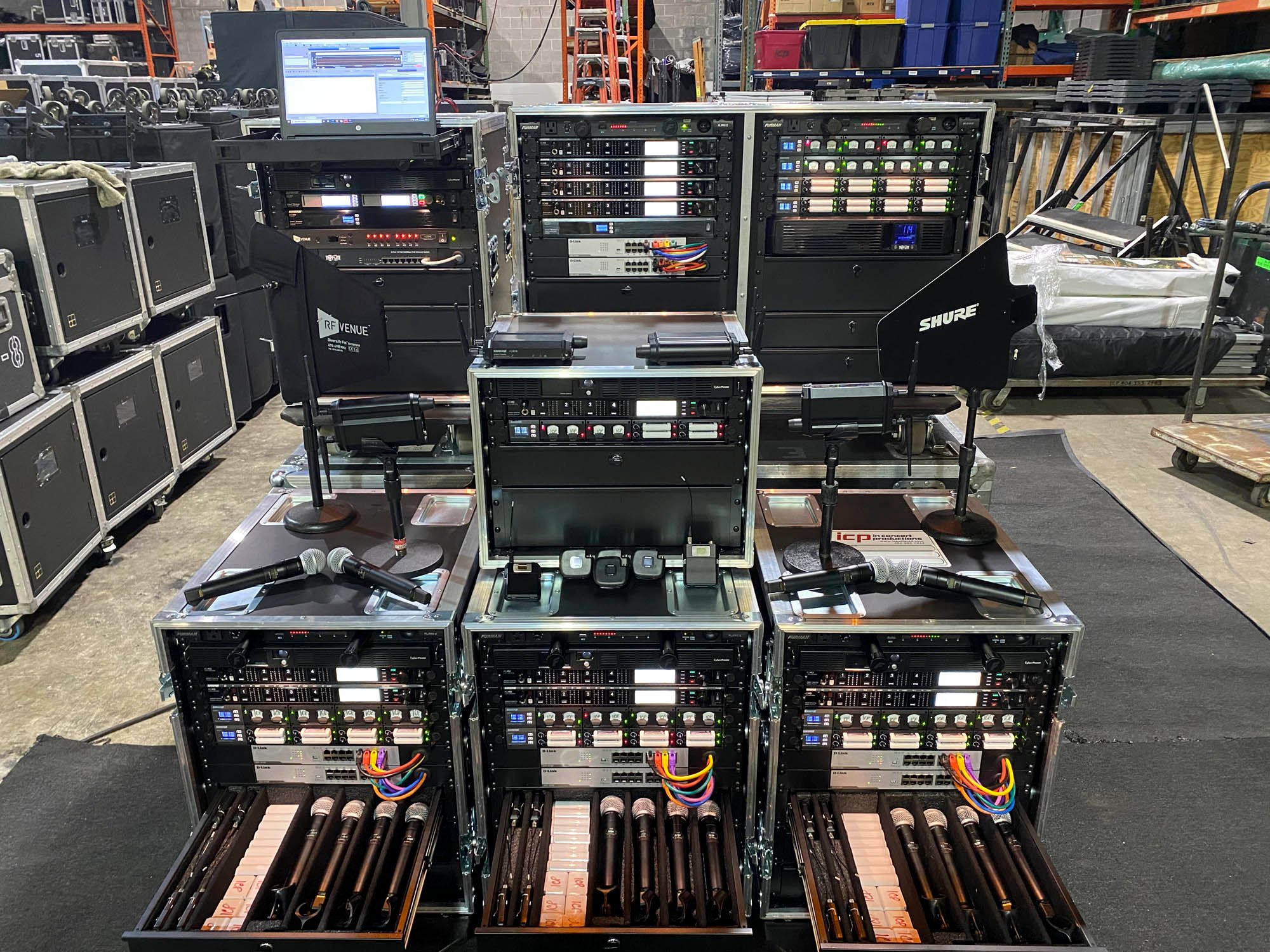 ICP also just wrapped the most recent 20 episodes of Judge Steve Harvey, featuring the titular actor, writer and impresario. Dropout-free wireless audio is assured by the use of an RF Venue DISTRO4 Antenna Distribution System collecting signal from four RF Venue Diversity Fin antennas. “The action can be pretty fast paced, and participants move around the set, so the wireless signals have to be consistently strong,” says Rabbitt. “RF Venue gear never misses a beat.” 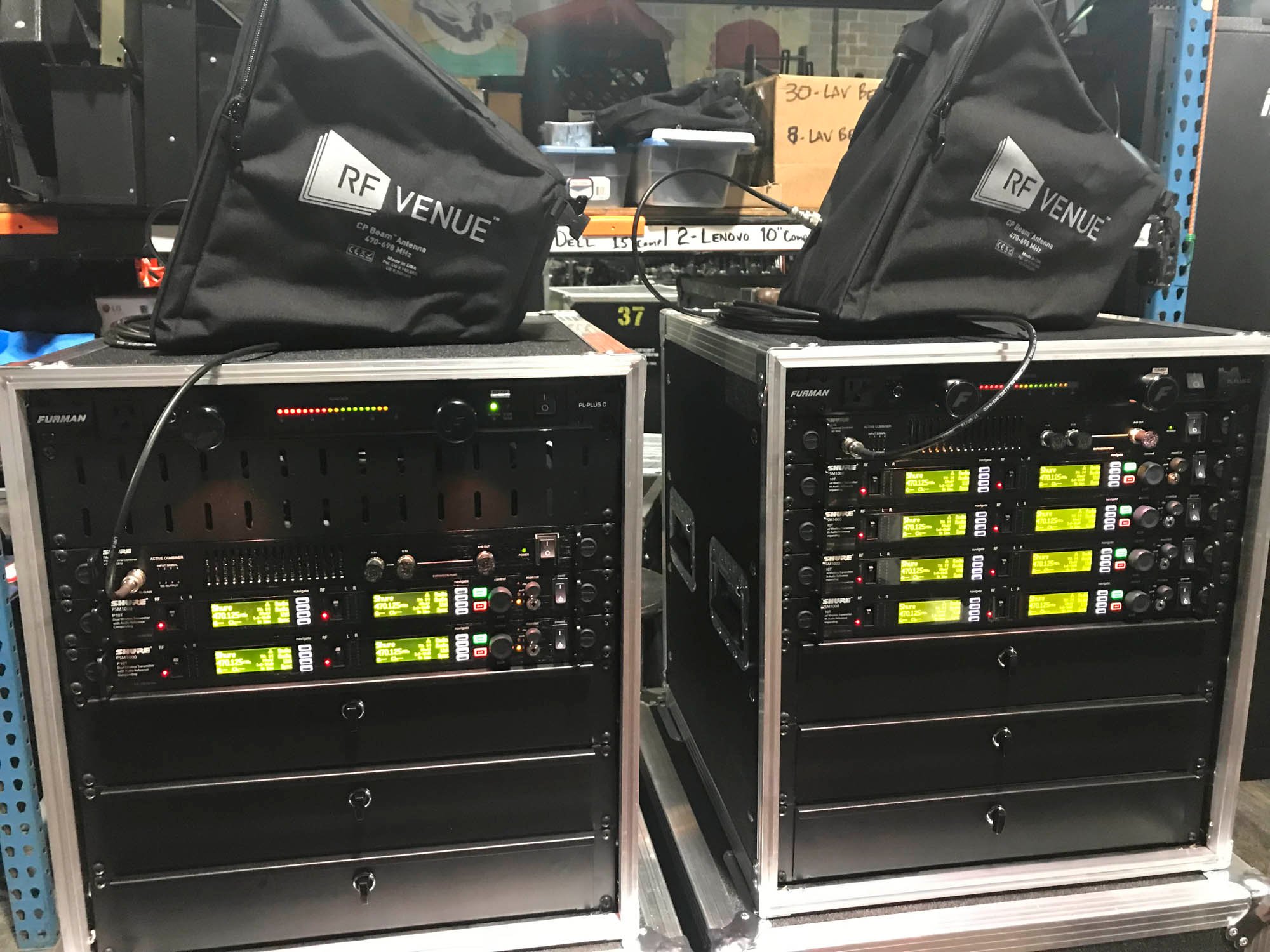 On NBC’s new primetime hit Dancing With Myself, contestants occupy stacked metal boxes as they perform, a situation that can wreak havoc with multiple channels of wireless audio. But the dozen or so channels of Axient mics used by contestants and Sennheiser 6000 Series wireless handheld microphones deployed for audience interviews are totally protected, thanks to the use of RF Venue 4 ZONE antenna combiners and four Diversity Fin antennas used to cover the set and the outdoor judges’ tables. “I can have all of the wireless channels coming to me for a combined input and output for the show’s audio,” says Rabbitt. “And as a bonus, it does that at a fraction of the cost of anyone else’s equipment.”

Another show testing the limits of wireless sound was BET’s 2021 Next Chance Girl Group which put aspiring vocalists together in a 14,000-square-foot house on 18 acres. On site, four 4 ZONE antenna combiners were connected to a fifth 4 ZONE unit collecting audio from throughout the house and grounds. “The system was on 24/7, constantly covering the house and grounds,” says Rabbitt. “Never a dropout, never a missed mark.” 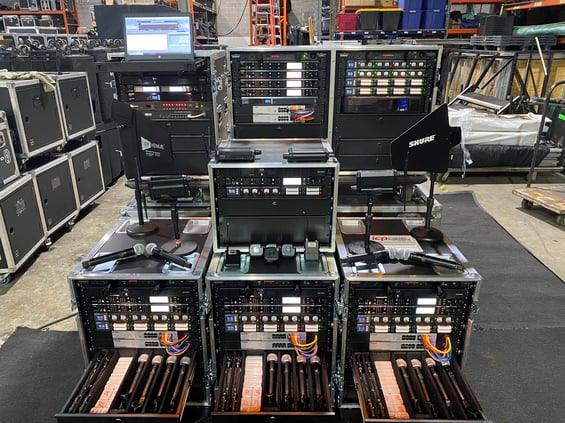 Fan Controlled Football is the latest way Americans can assuage their addiction to football during the NFL’s off season. And if they like miked-up players, they’ve come to the right place: All 18 members of both teams are wired for sound throughout the game. Four of RF Venue’s 4 ZONE units are used to combine the wireless microphone signals collected from across the 300 X 100-foot gridiron, and they do so flawlessly, says Rabbitt. “We also had another six channels of handheld wireless mics and broadcast lavaliers, and this was all played across the street from a group of mobile-phone cell towers and broadcast television antennas. And you guessed it: not a single dropout during the entire three-month season. RF Venue is simply bulletproof when it comes to wireless, no matter where or how we use it.”