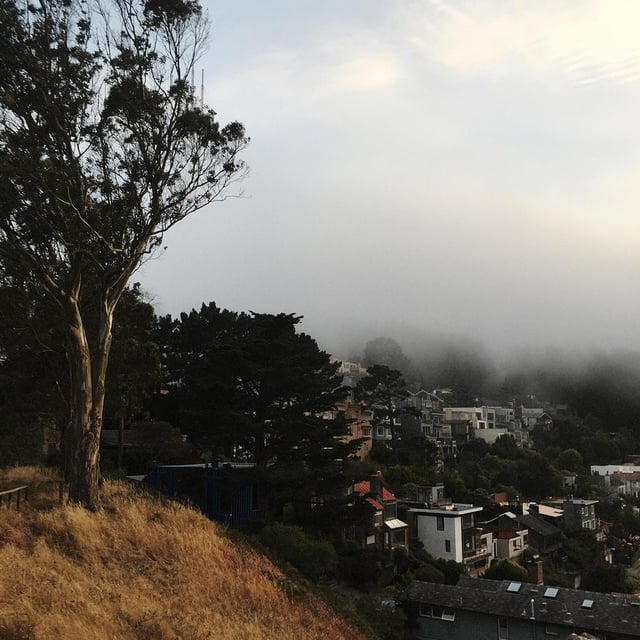 After InfoComm, I made haste for the western shore, to convalesce on the foggy slopes of San Francisco.

I stayed in the laundry room of a friend’s apartment in the Castro.

In this part of town, couches are scarce.

The apartment sits on a side street less than a block from the landmark Castro Theater on Castro St., and only a few blocks to the boutique stores of Valencia St., like Dave Eggers’ Pirate Supply Store and writing center, which happened to be hosting, somehow, Joyce Carol Oates, for an intimate reading and Q&A one week I was there.

The Castro, gentrified once, has been re-gentrified and bathed in the bitcoin-heavy portfolios of the second technology bubble’s grandest winners.

Although the most expensive real estate in the Bay Area belongs firmly to new developments in Silicon Valley where all the technology companies are HQ’d—about an hour’s drive from my laundry room—a great deal of wealth has pressurized the limited market for slender Victorian row houses in the Castro, each stacked into terraces upon uncanny inclinations. 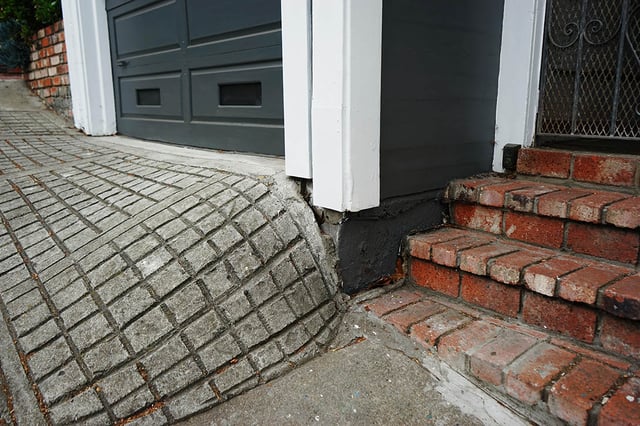 Large numbers of software developers, VC alumni, tech executives, and at least one of the world’s 1,800 billionaires, have taken a shine to their angular charms, especially on or near tops of the steepest hills, like the micro-neighborhood of Dolores Heights, near the Castro, where views are jaw-dropping, as well as—wait for it—the prices.

One morning, I took a walk with the roommates from our lowland hovel up into the Eucalyptus scented cul-de-sacs and wonky concrete stairways to explore the colors and opulence of grand historic homes. 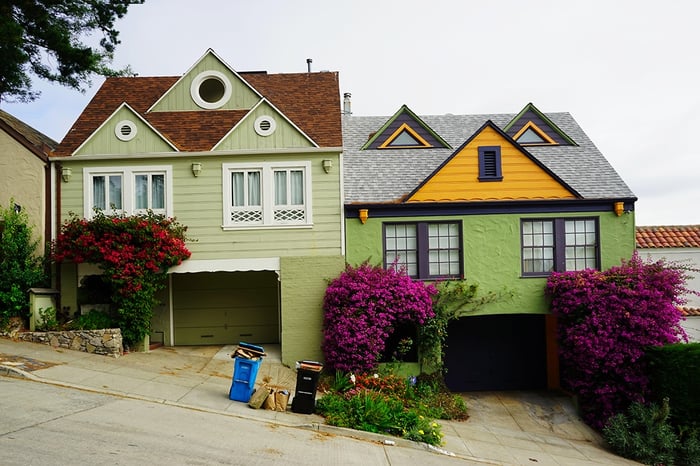 Up here, effectively no properties on the open market sell for lower than seven figures. Eight figure transactions are routine. According to an (out of date) article from Curbed in 2014, Dolores Heights was the 461st wealthiest neighborhood in the nation, with an average household income of $281,206. That average has risen.

I noticed strange accessories on many of the Heights’ rooftops: small parabolic antennas, all pointed in the same direction: 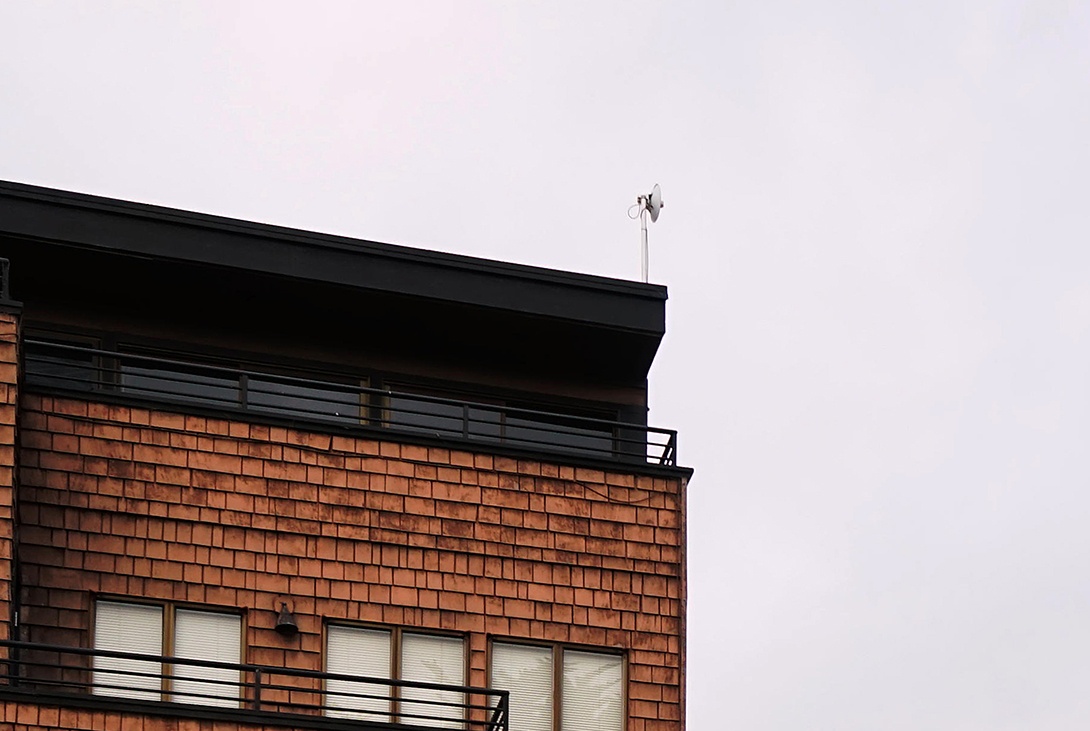 They couldn’t be DISH TV parabolics, because they weren’t pointed toward the sky. So what were they?

Luckily, one of my friends knew: high-speed wireless links to a private network to the public internet, maintained by a company called Monkeybrains.

I needed to speak to Monkeybrains as soon as possible.

Rudy Rucker, co-founder of Monkeybrains, was kind enough to reply to an email.

“In some parts of town, there just isn't modern infrastructure,” he said. “The incumbents have legacy gear that provides a revenue stream—and provides an opportunity for a WISP to come in and provide higher speeds.”

For San Francisco, Monkeybrains is that WISP.

“WISP” stands for Wireless Internet Service Provider. I only researched WISPs briefly. They are governed under Part 15 of FCC rules (the same as unlicensed wireless microphones), but a special section of Part 15 that governs the manufacture, certification, and use of National Information Infrastructure (U-NII) devices in the U-NII bands, all in 5 GHz spectrum. Being a WISP and using U-NII certified equipment does not preclude that entity from using other unlicensed bands so long as the utilization of that spectrum is lawful and within permissible limits for EIRP, just like any other unlicensed operator. 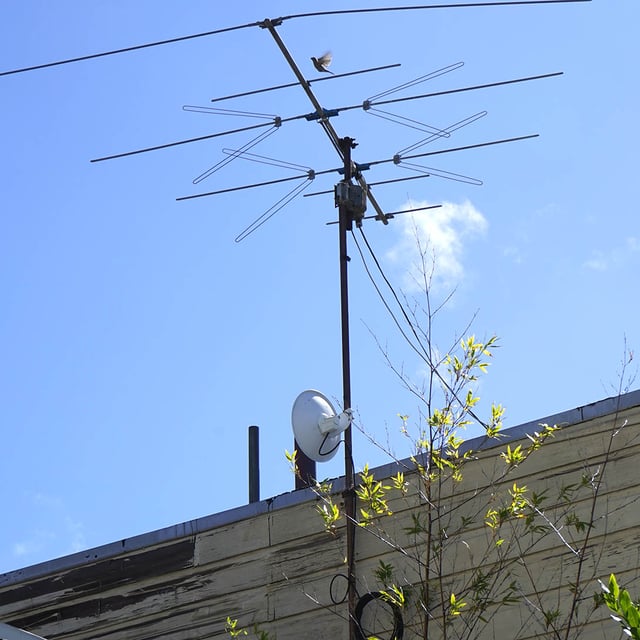 I am unsure if there is an official WISP license that one must obtain to operate a network, since the rules, even for U-NII, are still under Part 15.

Clearly the FCC does care about WISP services using U-NII devices more than other unlicensed devices, because EIRP limits go as high as 200 W, to enable the high throughput point-to-point links that make WISPs viable, and at those EIRPs improperly installed or illegal equipment can cause interference to licensed services like Terminal Doppler Weather Radar (TDWR), used at airports. Several WISPs were subject to a scandalous roundup and at least one $202,000 fine, as reported by CommLawBlog (which also has an excellent breakdown of the licensed/unlicensed grey area surrounding U-NII).

In any case, there is some sort of classification for WISP providers, because according to a mysterious web thingamabob called Broadband Now, Monkeybrains is one of 1,353 such providers across the United States.

A search of the area on Zayo backs that number up. There are no accessible fiber networks in San Francisco’s wealthiest neighborhoods, or in practically any neighborhood at all.

The “incumbents” Rudy mentions are the legacy cable and telecom companies who’ve had their copper in the ground in San Francisco for decades, or longer. Once it’s there, it’s difficult to take out, or replace with something else—and not just because you have to dig.

(I’m out of breath exploring WISPs, so the wikipedia article on CLECs will have to do justice to that acronym) 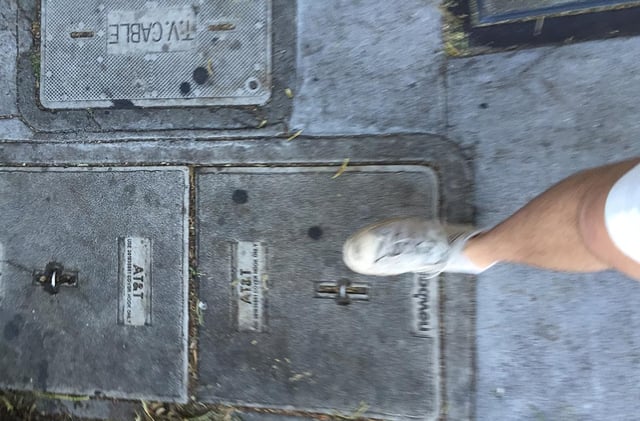 In a San Francisco Chronicle article earlier this year, Carolyn Said reported an aggressive planned overhaul of the city’s internet infrastructure, especially as a means to combat the digital divide in an area of astounding inequality, which the Brookings Institute found occupied the rank of third highest in the nation in 2014.

In her article, Said draws attention to the shocking lack of high-speed internet access, a national priority, in the nation’s technology emerald. “Despite San Francisco’s vaunted status as a technology hub, its Internet speed is nothing to brag about… Only 2.6 percent of San Franciscans have gigabit access. Meanwhile, some 100,000 San Franciscans, about 12 percent of the population, lack Internet access at home — largely because it’s too expensive — and an additional 50,000 have sluggish dial-up connections.”

Her article was in response to a newly released report commissioned by the City and County of San Francisco Board of Supervisors.

Said acknowledges the core of the debate is private sector infrastructure monopoly, and the resulting middle mile problem, which prevents well-intentioned policymakers from implementing effective legislation, and denies new ISP entrants/disruptors a basic requirement to get their businesses off the ground—to dig. “While a privately owned network would not require San Francisco to come up with major capital, relying on the private sector to create and run a network would be fraught, as the city lacks regulatory authority over speed, prices and access for lower-income people, the report said. Farrell [Office Supervisor who commissioned report] said it’s imperative that San Francisco end up owning the fiber infrastructure.”

If and when San Francisco is able to move forward on a municipally owned fiber network (which by the report’s own conclusion is unlikely and expensive) is unknown, and likely to take years of political and legal grunt work, if it happens at all.

Monkeybrains was able to overcome some of these obstacles in 2014 with a successful Indiegogo campaign that raised $421,000, and by deciding simply not to dig—and use wireless airwaves for internet distribution instead.

I asked Rudy what frequency bands Monkeybrains uses. “We use primarily public spectrum. You can do a lot with 5.8Ghz, 2.4Ghz, and 60Ghz. We also use 80Ghz, 23Ghz, and infrared!”

As we in the wireless audio industry know, yes, you can do a lot with public spectrum! And with public spectrum on the brain, I also brought up the incentive auction and whether the reallocation of the broadcast band and ensuing repack and commencement of low-band broadband services (TVBD/WSDs) will positively or negatively influence their business.

“We are hoping to work with another company that uses this band,” said Rudy. “Monkeybrains will provide their backhaul and antenna locations, they will have IoT that connect to the broadcast band.”

High-speed broadband will penetrate San Francisco, sooner or later. Hopefully, it will be accessible to all of the city’s residents, not just the privileged.

In the meantime, Monkeybrains operates a really cool and successful business using public spectrum, which I roundly applaud. They bill themselves as “An alternative Network for San Francisco” and they mean that with the best of intentions; Monkeybrains offers access to the general public at a much lower price point as well, through “open access points situated on a high end link.”

As for me, I completed a successful descent from Dolores Heights and returned to my life as a relative commoner. I started and managed to post this article over a Comcast router+modem connected via RJ11 to a PSTN jack, which had a download speed of 5.48 mbit/s, and an upload of only 0.72 mbit/s.

I consider myself lucky.