The man behind Watson Audio Corporation, Jeff Watson, took on RF PL Tech (AKA Wireless Comms Tech) at this year’s Super Bowl subcontracted through ATK Versacom, as he has for three previous Bowls. He formed the other half of the two departments responsible for wireless during the pre-game, halftime show, and Lombardi Award - the other headed by James Stoffo. Jeff got us some awesome sideline pictures: luscious eyecandy for pro audio nerds and football fans alike.

Jeff worked for eight years at Masque Sound before forming his own company, Watson Audio Corporation, to do freelance RF coordination or, as he puts it, “all RF possibilities.”

“Wireless on the field breaks down into two departments,” explains Jeff. “My department is communications. I deal with people being able to talk to everybody, as well as IFBs.” 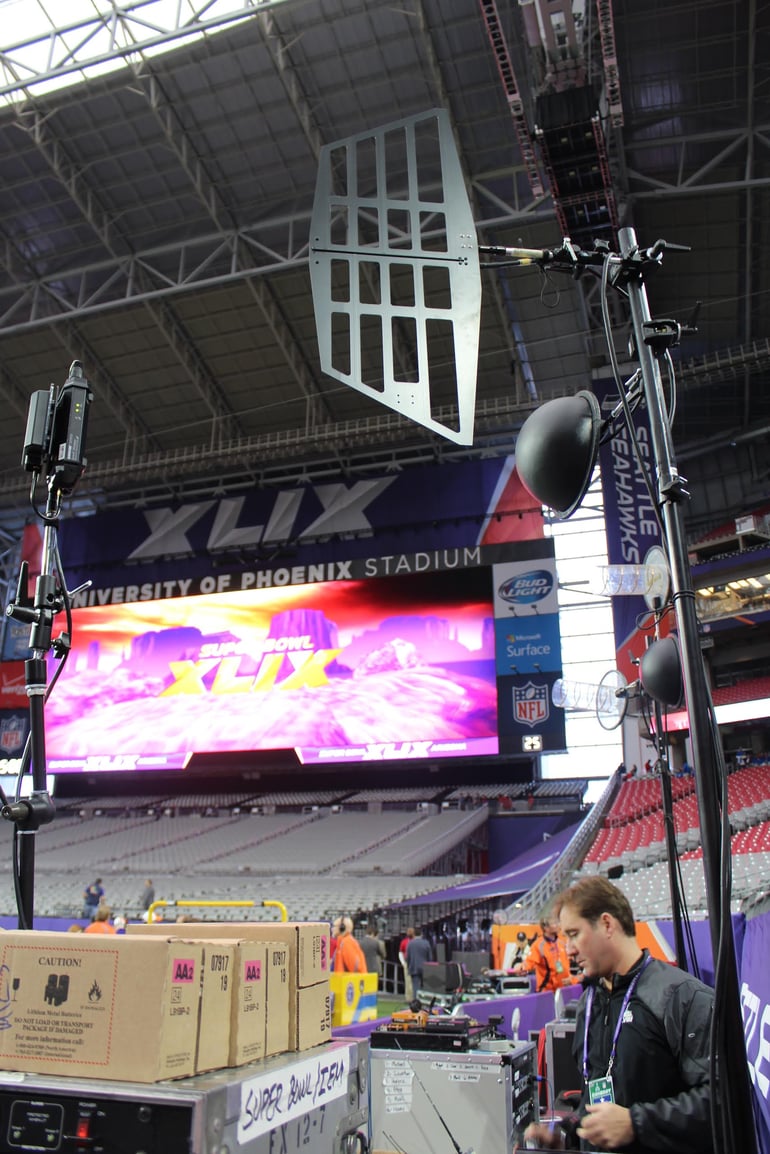 Preparation begins days before the Super Bowl begins. “First I lay the hardwire communications for a few days with the ATK Versacom team, then I break off from everyone else for a few days and start getting antennas out, getting coverage, and auditing the frequencies I’ve been given.”

There are about fifty wireless operators on comms and IFBs during the three portions of the event Jeff oversees. For each and every one of those devices, he will rigorously screen the frequencies for reliability and walk test (to check range) each pack no less than six times. 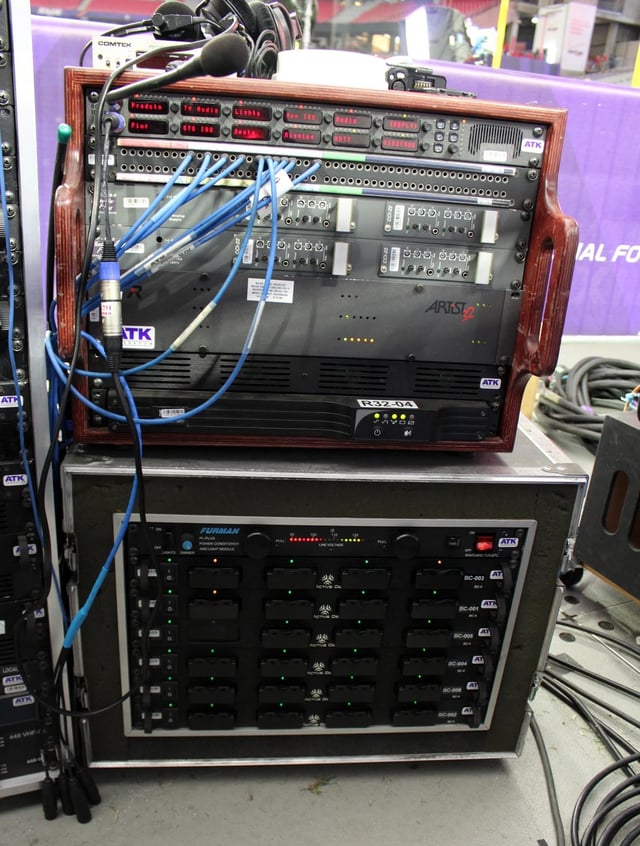 Unlike many events, Jeff and all other wireless operators do not select their own frequencies. They are given a strict list of available frequencies by the NFL’s unique Game Day Coordinator program, which we’ve explored at length before.

So why does the Super Bowl need highly skilled coordinators like Jeff if all the frequencies are already locked into a spreadsheet when they arrive? RF coordination is a black art. What worked on paper for the GDC during site surveys doesn’t always work on game day. With over 3000 frequencies, events like the Super Bowl are anything but cut and dried.

“The first thing that James and I did when we got there was sit down with an analyzer and a list of frequencies and audited everything we were given to make sure that the frequencies were still clean,” says Jeff. “Depending on what pops up, you might submit a wish list of changes up to the GDC.”

Since there are so few frequencies available, the new RAD UV-1G, which uses VHF band frequencies, has really helped open up space.

“A spare frequency at the Super Bowl is kind of like finding the Ark of the Covenant,” he quips. “The Super Bowl is an ever growing monster. We add more and more wireless while they take away more and more spectrum, so to be able to put frequencies into VHF and actually have a few spares has been an amazing change.”