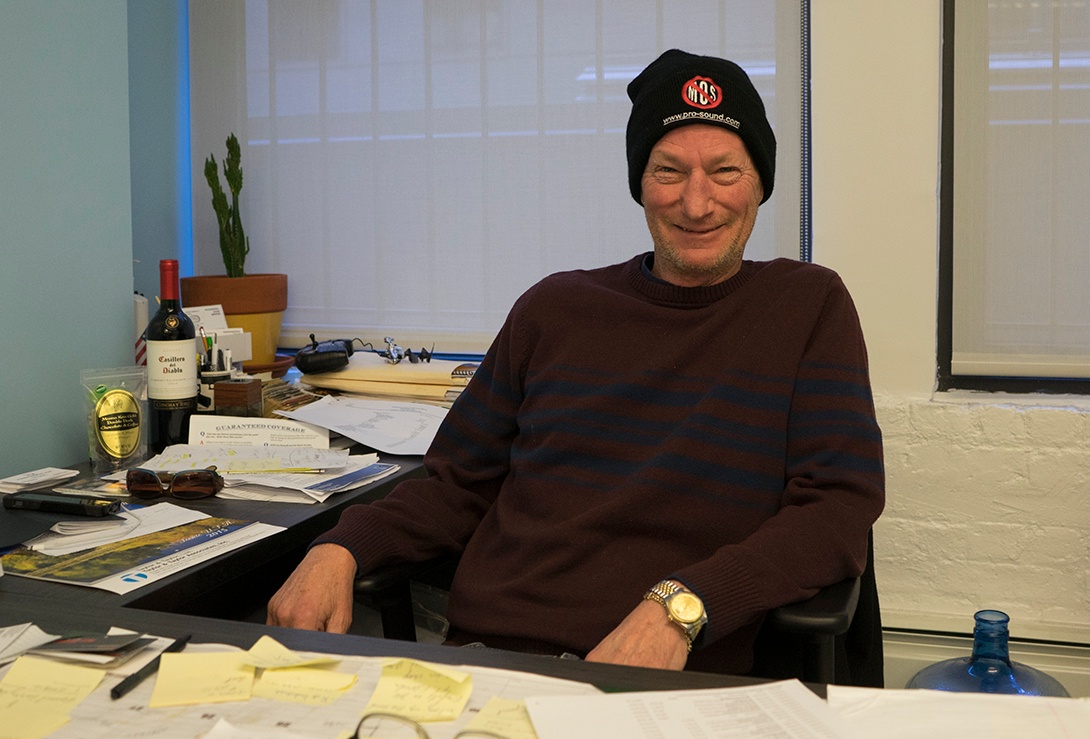 Last week I sat down with Rich Topham, President of New York Based Professional Sound Services, to talk about his new Ft. Lauderdale location, the history of location sound, and good old fashioned Nagra recorders.

How did Professional Sound Services begin?

I moved to Hollywood in 1977 and opened a store with my mother and father. From that one office, it grew to where we opened a manufacturing company, Professional Sound Corporation, and offices in Sydney, Orlando, Las Vegas, and New York. I ended up selling all those other companies to employees and just keeping this company [in New York] because I wanted to move back here with my kids instead of raising them in Hollywood. And now all of my kids are in school and I’m bored, so I’m opening more companies.

Are those other companies still around?

You, Location Sound, Trew, Gotham, and TAI are pretty much the only players in the retail production sound market here in the US.

It’s a boutique market. It is. And other people have tried to get in it, but they don’t have the knowledge that location sound mixers need.

Were you a sound mixer when you were in Hollywood?

I was supplying a lot of the sound mixers first, but then I wanted to do sound to get a better feel for what they were doing and what they were up against in the field. That’s when I got in the union, 695, and went out and worked on shows, commercials, movies, television series, stuff like that.

Because I have a large Spanish speaking market that comes to me there. The majority of stuff being shot is down in FT. Lauderdale and Miami. They’re building a Screen Gems Studio, they're building a Pinewood Studio in the Dominican Republic, and all of that money comes out of Miami. Brazilians, Columbians, all that money comes right into Miami, and I have a ton of clients that come to New York to get stuff for those productions, but it's better for them if I have a branch down there.

What are the production companies involved? Are these American companies? Telemundo? Univision?

Univision and Telemundo are big clients now. Then, there are a number of mixers doing documentaries and reality for Discovery and The Weather Channel. A lot of travel shows down around there. A lot of commercials for TV. It’s mostly a giant Spanish speaking market. And now, with the market in Cuba opening up, there are going to be some significant opportunities coming through Florida.

Since you’ve been around for a while, what are some of the technical milestones production sound has gone through over the years?

Everything. When I first started it was all 1/4 mono tape. Then they went to two track stereo, then timecode came in. There was ADR, but once wireless came out, that solved a lot of the problems. Then it went to digital audio tape - DAT - HAB made a DAT recorder, and then Sony made a DAT recorder, and then StellaDAT the former company StellaVox that competed with Nagra made a DAT machine, too. A very expensive one. They probably only sold about 30 of them. Then it went to hard drive and disk, and now flash cards. It’s all menu driven computers, now. In the beginning it was all reel-to-reel mechanical stuff with magnetic tape, now it’s computers. 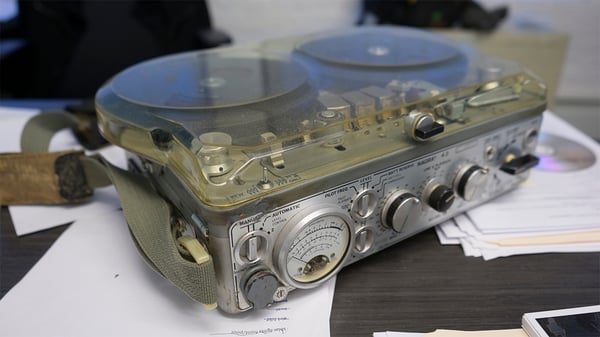 Is that an old Nagra I see back there?

Yeah. I transfer a lot of old tapes here.

Dylan tapes. They found some tapes from the 70s and I transferred them for a woman. Her husband died and he was with the band and she found all these 1/4” tapes that were final mixes that I transferred for her. Stuff from the CIA and FBI too, all sorts of old stuff.

Also I probably fix five or six Nagra’s a month, and probably sell two or three of them. There’s a lot of lawyers and doctors that exchange orchestral recordings between themselves. They like the sound of the analog machines and collect them.

You mentioned wireless has changed. That’s the business we’re in, wireless, so I’m especially interested in how RF has changed.

In the beginning, it was all VHF. Most guys had like four channels on VHF. Then VHF got so crowded they were using mics between TV stations, so if you had a channel 8 it worked perfectly, but if you went to Philadelphia it wouldn’t work because you had channel 8 in operation. Then it got so crowded they started using UHF wireless on the different frequencies. They came out with switchable frequencies within the channel. There were four TV channels within one block, so that as you went to different cities you’d be able to use the different channels that were unoccupied. Now, manufacturers cover twelve TV channels or three blocks for each transmitter or receiver.

Zaxcom has a recorder that’s a transmitter as well. It will record two channel stereo with timecode for 12 hours straight. That’s useful if, for example, an actress goes out of range and you can no longer receive her, when she comes back to the cart you can actually download the recording from the transmitter into your recorder and replace the dialogue without taking it off her without anybody knowing.

When I spent some time with Jan McLaughin she was talking about the Zaxcom transmitter’s ability to record ISO tracks.

What happens is when she's saying ISO tracks, she means "isolated" tracks. In the old days when they would record to a Nagra or two-track, the sound mixer that was on the set would mix all the dialogue down to one or two tracks so when it got to post production, if they wanted to loop [retake] something, they would have to bring all the actors in that were in the scene to loop it. More modern recorders have eight separate tracks. When multiple dialogue is all on separate tracks, if the director doesn't like the performance, or the dialogue is bad, you only have to bring that one actor in, so it saves the studio money and basically takes control of the mixing away from the sound mixer, and into post production. They [production sound mixers] still give them a mix track, but they also give them ISOs that they can then remix to however the director might want it.

Why not just have ISO tracks and forget about the production sound mixer altogether?

Dailies. They want to see a mix for dailies, and later on they may just use that mix and never use the ISOs, but, they have the ISOs as backup.

It [ISO tracks] is not just because of noise or the mixer not mixing - these are professionals - you have an actor like Tom Selleck didn’t give a good performance and then they’ll go back and replace that. A lot of it has to do with the actors and the director, and very little to do with the sound man. Or, they may pick a lousy location, underneath the Brooklyn Bridge for example where a train rattles by every thirty seconds.