Robert Weller is currently Vice President of Spectrum Policy at the National Association of Broadcasters. He transitioned into this role in July, after five years as Chief of Technical Analysis at the FCC’s Office of Engineering and Technology, or OET, where he was instrumental in many proceedings - most notably the core technical rules that govern the geographic allotment of spectrum in the upcoming incentive auctions. 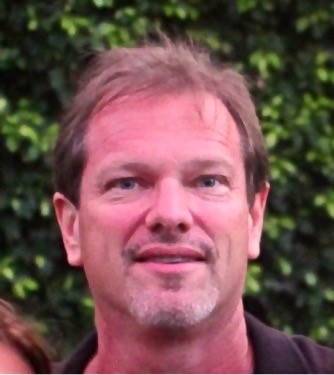 Mr. Weller offers fascinating insights on the immediate future of broadcast technology, the challenges of the incentive auctions, and of course, spectrum policy.

As Vice President of Spectrum Policy at the NAB, what are your day-to-day responsibilities?

First, I’m happy to be back in the private sector. My professional career has been equally divided between the FCC and the private sector, mostly in broadcasting. I just completed seven years at the FCC Office of Engineering and Technology, which is responsible for spectrum allocations and generally making sure that spectrum users play well together.

My new job at the NAB is to ensure that broadcasters’ spectrum rights are fully protected. That includes protecting not only the channels that are used to deliver programming to listeners and viewers, but also protecting the myriad auxiliary services that are used to gather and distribute source material, like ENG and wireless audio.

Right now, I’m at NAB working on the incentive auction proceeding, which I was also working on at the FCC. When Congress wrote the auction legislation they intended that it strike a balance between broadcast and broadband. My job is to make sure that balance is maintained.

Are there any particular tasks or causes that you’re most anxious to tackle during your tenure with the NAB?

Yes. Spectrum sharing is going to grow. The NAB will be doing its part to ensure that listeners and viewers continue to receive the information, news, and life-saving information that our member stations provide. Because most legacy services were designed using the “spectrum silo” approach to spectrum management, where frequencies were dedicated to a single purpose only, a lot of adjustments need to happen to allow successful spectrum sharing. The FCC’s Technological Advisory Committee - which NAB has a seat on - is looking into this. Things like spectrum sensing, real time databases, probabilities of interference, receiver performance benchmarks, those are all becoming very important and it’s exciting for me to be able to learn about and contribute in those areas.

In a modern world with smartphones, WiFi, Hulu, and live tweets and images arriving from active war zones and other areas of breaking news, why do broadcasters need UHF spectrum?

In one word: competition. My old boss, FCC Chairman Tom Wheeler said he’s all about competition, and broadcasters need spectrum to do that. Broadcasters provide a check on the cable and wireless duopoly that would otherwise exist. Loss of spectrum reduces the ability of broadcasters to compete, and that’s detrimental to the American people. The UHF band is particularly important, because it means smaller, more efficient antennas and that’s important for mobile and handheld portable devices. I will add that wireless providers can offer user-tailored content, but they just cannot provide the one-to-many delivery that broadcasters bring.

I read a journal article recently in IEEE Transactions on Broadcasting that proved, in a mathematical sense, that wireless providers, no matter how much spectrum they have available, simply cannot provide the same sort of all-at-once delivery that broadcasters do every single day. And of course, it’s all done for free.

You have a unique perspective on the incentive auctions, because of your long history with the FCC. If you had to pick just one aspect of the entire process, what is the one that represents the biggest challenge to a successful auction and repacking? What keeps you up at night?

That’s a good question. There are so many challenges to implementing the incentive auction. I can probably single out two things, and they both have the prefix “inter.” [Those concerns are] international and inter-service interference.

First, I can tell you the FCC has been working very hard with its counterpart agencies in Canada and Mexico to find a path forward that will allow the incentive auction to recover spectrum in the border regions. But that is a time consuming process. There are give-and-take negotiations and formalities that need to be observed. The FCC can’t just decide to treat Canadian and Mexican stations in the same way as US stations, and so there is a lot of discussion that has occurred already and will continue. Even if the FCC is fully successful in its negotiations, there’s no way that Canada and Mexico will be on the same schedule as the US, and that time lag is going to complicate things.

Second, as I mentioned earlier, the time honored approach is to create separate spectrum bands for wireless and broadcasting, and ideally that could be done on a nationwide basis. But the FCC realizes that it may not be able to recover the same amount of UHF TV spectrum in every market, and so has created a spectrum sharing construct to accommodate that spectrum variability, where it occurs. In other words, the same spectrum that’s used for wireless in most of the country might be used for television broadcast in some markets. That sharing construct is based on what the FCC calls an “inter-service interference” model, or ISIX. For better or for worse, I take credit for that idea.

Basically, ISIX uses a terrain sensitive propagation model to predict whether interference is likely from wireless to DTV, or vice-versa. It allows wireless frequency assignments that are intended to protect broadcasters while maximizing overall spectrum utilization. It’s a very complicated model, and it has a lot of different parameters. Not everyone agrees on those parameters.

Also, since companies will have expended lots of capital with the expectation that they can use their spectrum in a particular way, I’m talking after the auction, the FCC needs to be transparent about all of the assumptions it makes in creating these variable markets and it needs to be clear about what restrictions may be imposed on the use of spectrum in these variable markets.

As I said before, the incentive auction is envisioned as striking a balance between broadband and broadcast and NAB is trying to ensure that balance is fair.

So the NAB recognizes the utility and the potential applications that will come from this new flexible use of UHF spectrum.

We have concerns about inter-service spectrum sharing. It needs to be planned carefully, and we need to ensure that broadcasters’ voices are being heard in that planning.

Many unlicensed wireless audio users are nervous about the regulatory changes in store. What soothing words do you have for these users?

I’m not sure I have soothing words, at least not in the near term. There are good reasons for concern. A successful incentive auction means less spectrum will be available for wireless mics, in-ear monitors, and other wireless audio uses. Not only because part of the spectrum will be reallocated to private broadband wireless, but also because the two reserve channels are gone, and the repacking of TV stations from the new 600 MHz wireless band will eat up many of the spectrum holes where wireless audio now operates.

When I was with the FCC, I met more famous people than I had ever met in my entire life up to that point in connection with the wireless microphone issue. So, I know that the FCC is well aware of wireless audio’s needs and they’re trying to accommodate them, but their priority right now appears to be the incentive auction.

Yeah, Harvey Weinstein came down and spoke to us about the need for wireless microphones. A number of people of that caliber came down and explained how wireless microphones are used in the theatre, how they’re used in breaking news in television, how the NFL uses them, and NASCAR. I didn’t meet all these people but I met a number of them, and they certainly had an impact.

It has been said of wireless microphones that they use unnecessarily antique technology. You may know that the majority of microphones now are analog, single frequency transmit. A lot of people have said that is not going to be feasible in the near future, except for those that hold a Part 74 license, so, can you tell me what changes might be necessary to propel the wireless audio industry, from a technological standpoint, into the next century?

It’s challenging. I have some background in professional audio, and I understand the importance of low-latency and phase coherence, and those are difficult challenges in a digital world when you’re trying to limit the bandwidth that’s occupied. In talking to some of the wireless microphone companies, it seems like they have some solutions available already, and I know they’re working hard, but most of these solutions, in fact all of them that I’m aware of, involve a migration from the analog world to the digital world. Preserving fidelity, especially when you’re mixing together multiple channels of broadcast or pro quality audio over wireless channels is challenging, certainly for the two reasons that I mentioned, latency and phase coherence.

20 years ago, the electromagnetic spectrum looked very different from how it looks today. Entire industries exist now because of new uses of spectrum, while some older industries have waned or gone extinct. Imagine what the spectrum will look like in 20 years, and, crystal ball in hand, tell us how broadcasters will continue to be a relevant and useful part of it.

Well, very few crystal balls are crystal clear. Mine is no better than anyone else’s. I’m reluctant to make too many specific predictions, but spectrum sharing seems to be the way things are moving. Whether that’s done by some sort of real time database or by spectrum sensing or other types of smart radio technologies, I’m not sure, but I think a lot of the lines that presently divide one service from another in the electromagnetic spectrum are going to become blurry, if not go away entirely. Whether that’s going to happen in 20 years, I’m not sure, but I’m certainly seeing steps in that direction already.

Let me rephrase that question into something simpler. Do you think people will still be watching over-the-air television in 20 years?