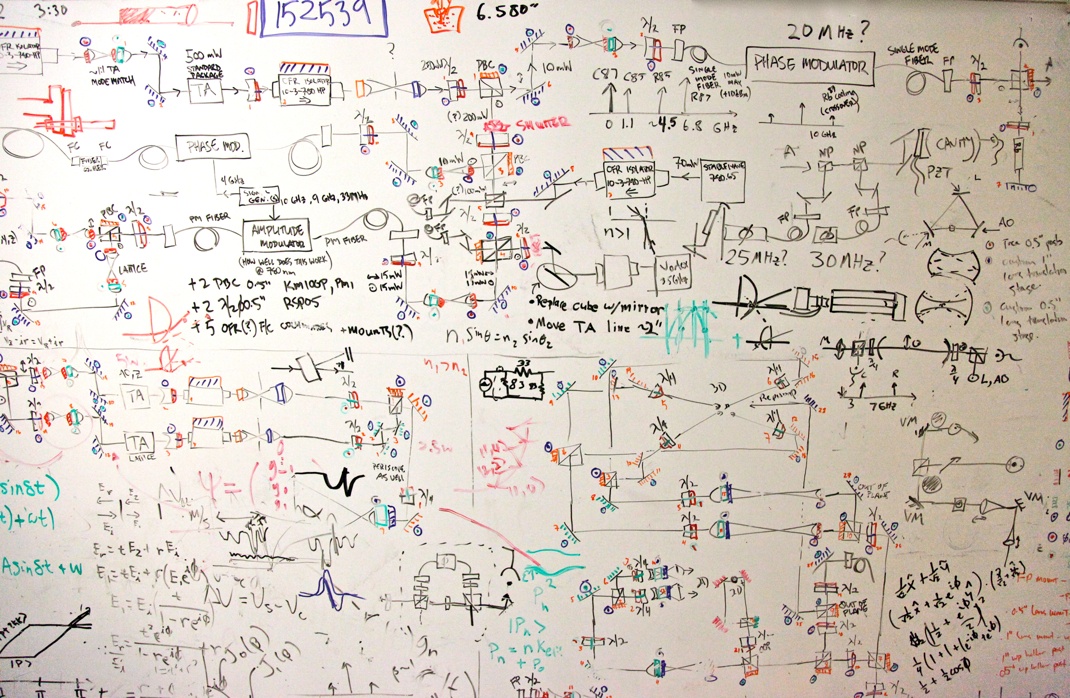 I read an interesting article over on AV Nation about Infocomm’s sponsorship and involvement in  the USA Science and Engineering Festival. The author, and Infocomm, suggest that a career in A/V is a career in STEM.

Unfortunately, A/V is not considered STEM by any of the authorities behind it, at least not that I could find.

On the face of it, conflating STEM jobs with A/V seems dubious at best. Is an A/V technician really on the same professional level as a chemical engineer or a physician? No, of course not. Right?

They certainly don’t get paid as much, and they don’t hold the same status in society, but with a little more thought, counting A/V as a STEM doesn't seem impossible.

Why? Because there is no concrete definition of what a STEM career entails. The acronym "STEM" does not historically relate to jobs at all, but rather to education that leads to a workforce more adept at using technology and innovating in scientific fields.

That doesn't stop the meaning of the word from changing over time. More and more, I see STEM used to describe categories of jobs. Since that use is relatively new, we’re in a grey area here, and a STEM job can technically be any job that has to do with science, technology, engineering, or math. Which is what I think Infocomm is doing here--making a leap on a technicality to bring A/V under the much more glamorous umbrella of STEM.

But, in the real world, if you were to ask an average citizen to list jobs that fall into the STEM category, A/V pro would not be included. Plus, the ‘practical application of scientific principles’ could be nearly any activity really, like driving a car or flushing a toilet. So in my opinion, and in the opinion of most other professionals, A/V pros are not STEM professionals.

That's not to say the A/V industry will not become STEM in the future. And with the growing array and complexity of technologies that constitute A/V, Infocomm and other organizations may be able to argue this soon. But not yet.

There are people reading this blog who will disagree because they take my point to mean that A/V professionals are unskilled. We all know that isn’t true. Or rather, we all know there is a staggering range of skill levels in this industry. So let me qualify and say that A/V professionals are not unskilled, it’s just that they can’t go around calling themselves STEM. STEM is technically meant to be an acronym that is associated with innovation and competitive advantages accrued through the creative applications of technology that arises from an educated workforce, and which is practically meant to refer to other, more traditional scientific and engineering disciplines.

How would you describe the A/V industry? I’m going to guess the description will include the words “audio” and “video.” Which, in today’s world, could include any technology that uses electricity, operated by nearly any human on the globe. Which would make everyone an A/V pro. That can’t be right.

On their microsite powerofav.com, Infocomm describes A/V as “solving communication challenges” by blending “worlds of art and science.”

The Apple Corporation makes artful devices that capture, modify, and transmit light, sound, and electromagnetic waves for communication. Does that mean Apple is in the A/V industry? A trained cinematographer working on an art-house film must be in A/V, too. Or what of the photonics engineer who works at Samsung developing LCD displays? Is he or she an A/V professional? How about the network engineer working for a telecommunications company installing a server farm?

Any person might answer ‘no’ to these questions, and certainly these professionals would object to being labeled an A/V pro, but rigorous examination of the industry’s own vague definition seem to point to ‘yes.’

Because A/V is so imprecisely defined, interpretations are anyone’s game.

Even the government seems to have trouble defining A/V. There are no OSHA’s SIC codes for A/V segments. NAISC has limited codes for service and retail based A/V companies, but none for A/V specific manufacturers.

They all work with technology. When I say "technology," let’s go with what we all think technology means: some kind of advanced machine with moving parts or electrons, like a computer, microphone, or camera.

A/V professionals are using this technology in varying contexts with the end-goal of capturing, manipulating, and distributing content. Content in this context is ‘the substance or material dealt with in a speech, literary work, etc.,’ To A/V professionals, content may be a film, a video loop, a recorded sound, a slideshow, a live performance, or text. A/V professionals, however, are not responsible for creating the content itself.

A/V professionals are also largely doing all of this for clients that represent groups or organizations, rather than individuals. Big asterisk, here, I know.

With this in mind, an A/V professional might be one who installs, operates, or maintains technology they did not build to distribute content they did not produce to or between groups or organizations. The A/V industry would then be a collective of people who can call themselves A/V professionals according to that definition.

But what about IT? That's a tough question, but, I will say the A/V industry is not the IT industry, because IT is about data. Data are not content. Data may be reassembled  to form content, but raw pieces of data themselves are not content that humans can comprehend. The IT industry—which is responsible for ensuring that data is securely, swiftly, and efficiently transported from one storage place to another—is not in A/V. Yes, A/V professionals work with data all the time. But they (most of them) have little to no understanding of how those data actually work. They are more concerned with making sure the information and entertainment contained within these data gets from one group to another without problems using controls a manufacturer has put in place for them or the end-user. There is definitely some grey area here, especially when you start talking about corporate integration and the upper echelons of the broadcasting industry. And I would love comments on this below.

Manufacturers who design and build equipment used by A/V professionals are not in the A/V industry because they do not come into contact with the content that eventually courses through their machines. Even a company that makes nothing but microphone stands or projector screens sold exclusively to A/V wholesalers is still in the manufacturing industry, not A/V.

The iTunes and App Store systems owned by the Apple Corporation use technology to distribute content they did not create. But, they are distributing to individuals, not between groups, and so iTunes is not in the business of A/V. Apple also owns the intellectual property behind the technology that distributes the content and data, like proprietary compression algorithms.

I wonder if all this may be a futile excersice, or one I'm not ready to embark upon. Is the A/V industry just too broad to define? Or does it actually need a broad definition, like the one Infocomm has given it: "solving communication challenges... by blending worlds of art and science."