New 5G Services Going Live in the US

There has been a lot in the news lately regarding the new 5G wireless services going live all over the USA.  Much of the controversy has been how the 5G rollout might affect air traffic control systems, as radar altimeters (which monitor the altitude of aircraft) might be affected by 5G towers located near airports.  The good news for those concerned about wireless mic performance is that there's nothing new to worry about with this new form of 5G.

The new 5G cell service from AT&T and Verizon operates in what is called the C-band (4-8 GHz), specifically from 3.7 to 3.98 GHz.  And while this may conceivably have an impact on radar altimeters which operate from about 4.2 to 4.4 GHz there is almost zero possible interference to wireless mics operation in the UHF TV bands.

But......there is a real looming problem from T-Mobile 5G!

The real looming problem with 5G cell service for wireless mics and IEMs comes mainly from T-Mobile, since their service occupies the majority of the 600 MHz band.  And as readers of the blog know, an RF signal will travel much farther at a lower frequency than at a higher frequency given the same power at both frequencies.  That’s what made the 600 MHz band so attractive for cell phone use.  At those 600 MHz frequencies (Band 71) a single cell tower might have a range of up to 40 miles while you will need to be somewhere within half a mile from an AT&T/Verizon C-band tower to get coverage.  The other side of that coin is that you can transmit much more (faster) data in the higher frequency bands.  So lower band 5G will be more reliable with respect to dropped calls but will be slower loading large amounts of data compared to C-band 5G.

What does interference from T-Mobile 5G service look like?

Primarily this creates intermodulation issues when the signal from 5G phones interacts with the transmissions from your wireless mics (and ears).  It is a complicated dance involving power and distance but it is probably safe to say that the intermod issue is at least somewhat problematic down to about the middle of the 470-608MHz band for wireless mics.

Typically when wireless mic transmitters interact, the intermod distortion they create is easily observed with a scanner (given a small number of transmitters, like in the above image).  However when your wireless mic transmitter interacts with low band 5G, the interference created just looks more like random RF noise as the T-Mobile transmissions are not restricted to single frequencies.  They more resemble spread-spectrum type transmission. 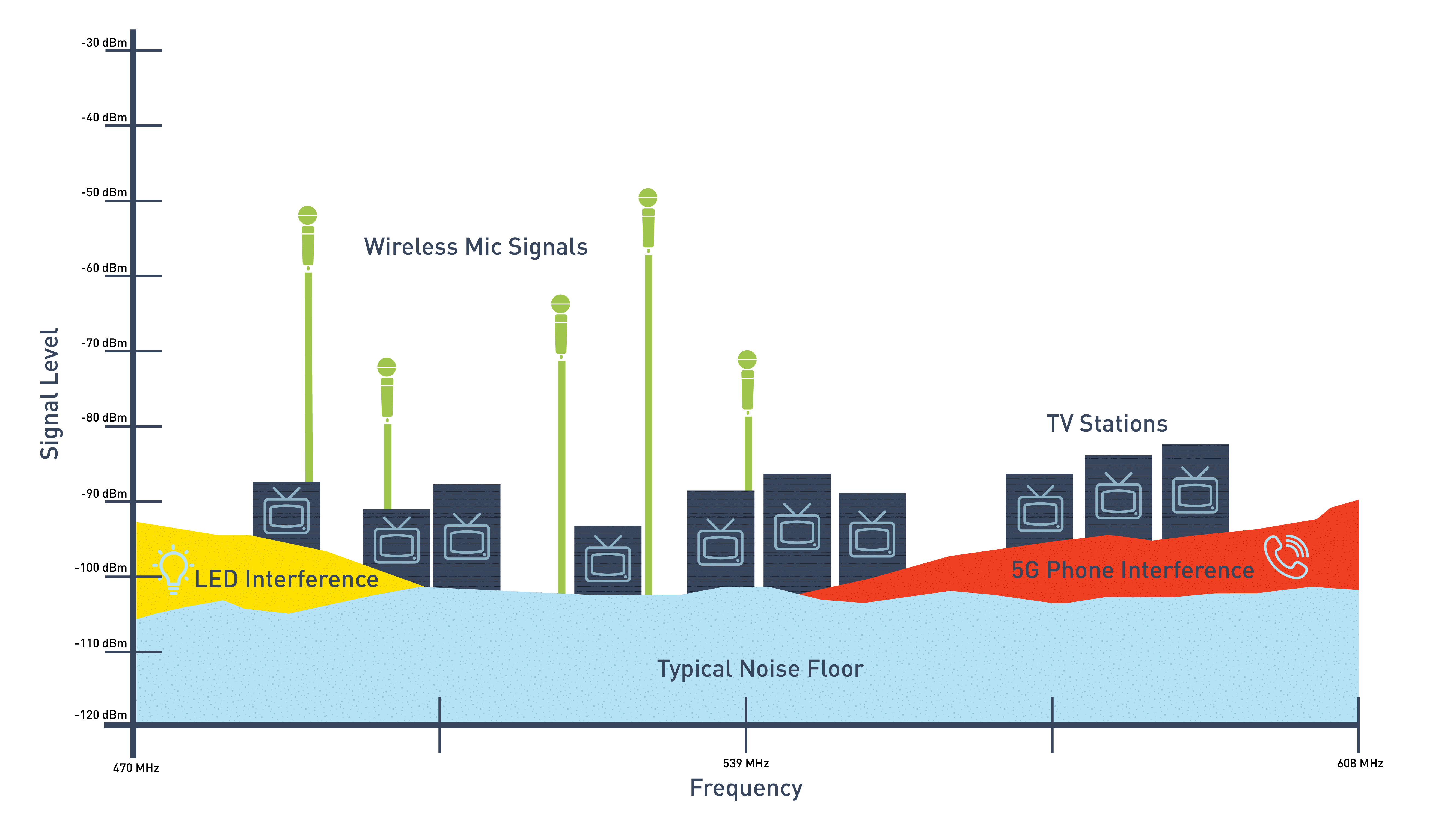 The result is a general increase in the level of the RF noise floor.  Remember to keep wireless mics from dropping out we want to keep our carrier-to-noise ratio greater than 20 dB.  So in effect, T-Mobile 5G is chipping away at that number.  How much you ask?  Well I’m afraid it will never be the same way twice given the dynamic nature of cell band traffic and the increasingly busy RF spectrum.  But it stands to reason that the more people in your audience or congregation, the greater it will be.  And with the number of 5G phones growing every day this will become more problematic in the near future.  e.g. What happens when 10,000 people in an arena are streaming video in the 600 MHz band or even 100 in your church?

How can you protect your wireless system?

Try to operate your wireless mics in the lower end of the band, below 550 MHz.  Of course this will cause other problems if you are also using IEMs as they need to be separated from each other.  So in that case, one or the other will lose out.

Install Bandpass Interference filters to the antennas on your wireless mics.  Bandpass filters will help to shield the interactions of all out-of-band interference including T-mobile. And never let anyone operate a wireless mic or IEM beltpack with a T-Mobile 5G phone turned on in their pocket!

Have you experienced low band 5G interference on your system?  Leave us a comment below and be sure to check out our new wireless mic performance calculator: 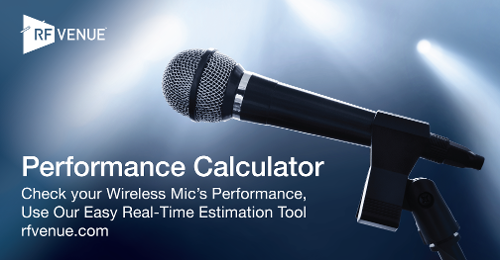