As a Technology Manager, I have struggled with planning ahead to ensure wireless microphone systems will play well together in the future. Some of my installed customers have facilities with multiple floors and rooms that I will continue to add permanent microphones to over the years, or the occasional temporary microphone for special events. Without planning ahead, these additions can easily take previous microphones offline.

Trust me, I learned the hard way, and now you get to learn from my mistakes.

I was responsible for a complex of university buildings with classrooms on four floors: three on the first, three on the second, two on the third, and three on the fourth. At first there were only wireless microphones in the first floor classrooms, and these frequencies were set accordingly to not interfere with one another. However, there were sometimes guest presenters, special events, or professors that would demand to use wireless microphones in other classrooms. We’d bring in microphones—sometimes a single microphone, sometimes as many as 10—at the same time for these events and would inevitably run into frequency problems when the temporary mics and installed mics already in the classroom would collide. This would create a nightmare scenario where static would fill the audio or the audio would drop out altogether. The audience and presenters would tilt their heads back at the sound operator wondering exactly what he or she was doing to cause such a disruptive experience.

As Technology Manager, the fault rested squarely on my shoulders. I didn’t have a “master plan” at the time. I made sure all my installed wireless units in individual rooms had no interoperability issues, but never gave much thought to the fact that sometimes they would all have to be used together. The result was five different buildings with microphones that did not operate as they should when another mic (or 10) was introduced into the fray.

Setting all of your wireless microphones to a master frequency list is important because microphones can interact even if they are on a different floor or nearby building. At the start of a job that has the potential to last for many years, I recommend setting up a hypothetical list of 60 frequencies that are properly coordinated, even if you don’t have as many mics. That way, you can grow into the list as the facility adds more microphones without worrying that the new ones will interfere with the old. [RF Venue note: such a list will need to be periodically examined to ensure frequencies are still clear; new sources of interference can and will pop up over time.]

A pre-coordinated master list also allows devices to work in smaller groups within buildings, and prevents intermodulation when temporary mics are thrown in together for the all-too-common “I need this now” event which takes place regularly on college campuses.

Calculating intermodulation products is not easy. I didn’t get into the industry to do math regularly, so I rely on a number of tools that are available to do the calculations for me. [RF Venue note: free online tools exist that can produce better results than spacing frequencies a set interval apart. IMD tools (some of them free) from reputable manufacturers like WSM, WWB, and IAS provide much more reliable frequency sets. The most reliable, and industry standard, method for producing IMD free sets is to use a software tool in conjunction with a spectrum scan from an analyzer. This is why we built the RackPRO.] 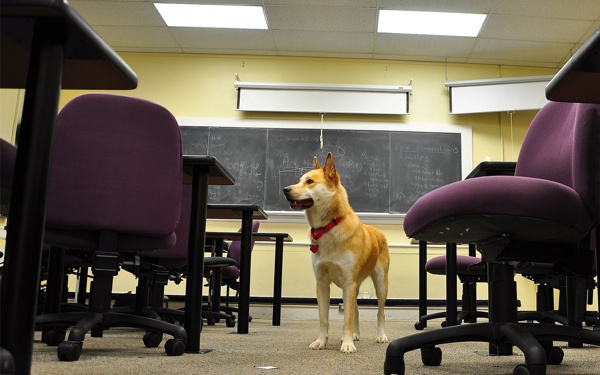 Planning for every classroom contingency.

There’s an old saying that goes something to the effect of “garbage in, garbage out.” This saying is especially true when it comes to wireless microphone systems. Slapping a high gain antenna on your system and hoping it’ll cure every issue won’t necessarily solve the problem. If your frequencies aren’t correctly coordinated to avoid intermodulation to begin with, or if you’ve set your frequencies on top of an existing RF source, like a television station, throwing a high-gain antenna in the loop may compound the problem, especially if the antennas aren’t placed well. Certainly high gain antennas have their place, and are quite important and useful when used correctly, but they are not a magic wand that can eliminate all pre-existing problems with the system.

It’s not that hard to prepare for future wireless microphone installation. In fact, it’s easy.

But one thing is for sure: if you don’t prepare, get ready for some awkward stares from the audience.