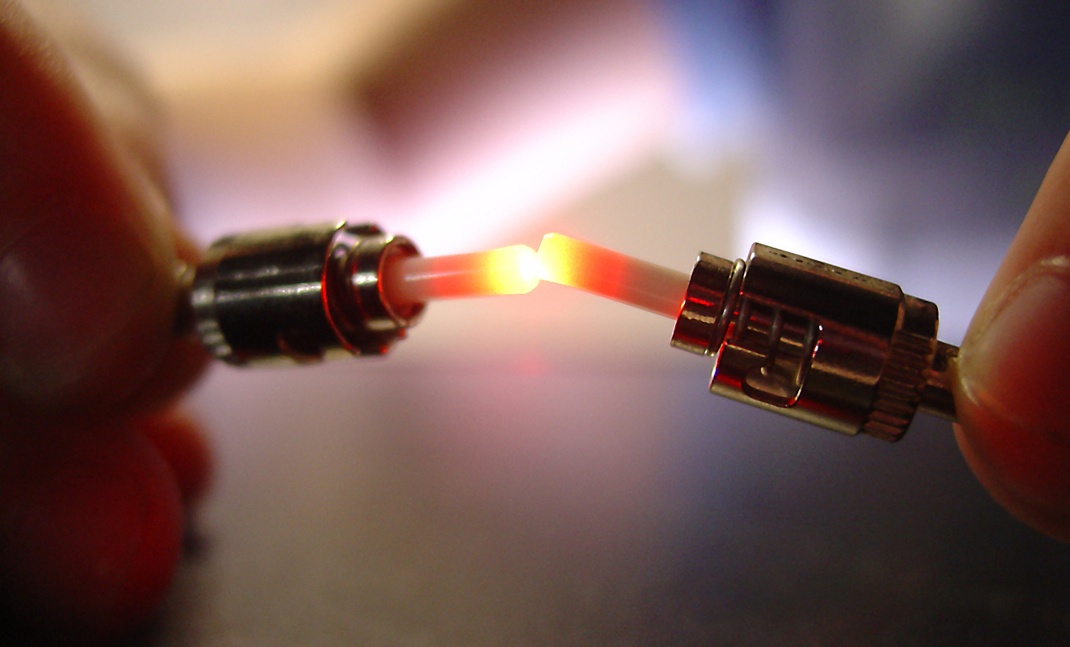 Coaxial cable used for remote antennas and wireless audio systems isn’t cheap. And the relationship between cost and length isn’t a linear one, since the longer the run the higher the quality cable required to maintain adequate signal. Runs of over 100 feet might even call for in-line amplification, or setting up daunting point-to-point wireless transmission grids. For years, broadcast professionals and video production crews have relied on fiber optic signal distribution. Now, we’re seeing a growing interest in RF over fiber for wireless audio systems.

And for good reason: there’s a limited lifespan for coax cable if it’s deployed for production sound applications. You can only wind and unwind coax cable so many times for some damage creeps into the cable and can potentially kill your wireless system.

RF to Fiber converters work by adding an additional step in the wireless microphone signal chain. After radio waves reach the receiving antenna, they are guided into a device that encodes those waves into bursts of light, which are then fed into a fiber optic cable. On the other end, another unit decodes the light pulses and converts them into electronic impulses that a wireless receiver can understand.

Fiber optic cables can send information very long distances. Like, really long distances. They work by exploiting differences in the way light refracts when passing between two transparent materials--in this case tubes of clear plastics and glasses with different indices of refraction jacketed within one another. It’s essentially a mirror that transports light by reflecting it back and forth inside the tube. And since the signal is carried by pulses instead of analog modulation, there is no loss in signal strength or quality, even if the amplitude of light at the output is lower than it was at input. This is in stark contrast to the inherently lossy nature of coaxial cable.

There is a wide range of fiber optic cable types to choose from, including very low cost singlemode cable, all the way up to very high cost armored multimode fiber assemblies. Fiber is also “future-proofed” in a way that coax is not. Fiber cable is made from plastics, instead of semi-precious copper, so it is less susceptible to volatile fluctuations and rises in market prices for raw materials. It’s also a standard medium for many other high data rate transmission lines like video and internet, which allows wireless audio to share and interface with a larger number of devices in modern integrated AV/IT environments. When considering coax cables for plenum installations, take a hard look at a RF over fiber optic system--the cost of the RF over fiber modules and cable may benefit both your project budget as well as your RF signal budget for the system.