The Special Event is the ultimate showcase for live-event production, and the opening-night party showcase event for the 2021 Conference at the Fillmore Theater in Miami Beach relied on RF Venue’s RF Spotlight antennas, DISTRO4 RF distribution amplifiers and a COMBINE4 IEM transmitter combiner to solve difficult wireless spectrum issues Ashland, MA, USA, February 16, 2022 — They don’t call it “The Special Event” for nothing. TSE, as it’s been known for 19 years now, is the leading annual conclave of resources for the live event-production industry, attended by event planners, wedding planners, event rental companies, caterers, florists, entertainment vendors and every other type of professional working in event production. And TSE’s opening-night party is a yearly highlight. Last year’s fete, held at Live Nation’s Fillmore Miami Beach at the Jackie Gleason Theater venue in June, was a gala affair organized by Orlando-based Entertainment Central Productions, with performances by Free Daps, Jazz Noire, Joyful Noise Choir, Queen Beats girl drumline, SoundUp Band as well as entertainment from Eklectic Entertainment and Star Time. But behind the scenes, Marcelo Caramuta, the freelance wireless audio technician brought on for the event, was facing one of the densest RF environments in the country, with radio, television, entertainment, hospitality, emergency services, and other RF users packed into a narrow strip of land, all competing for the remnants of spectrum left behind in the wake of several huge and historic FCC spectrum auctions. Caramuta ultimately found the solution to the venue’s wireless issues was a combination of RF Venue hardware – RF Spotlight™ low-profile floor-pad antennas, a pair of DISTRO4™ RF distribution amplifiers and a COMBINE4 transmitter combiner for IEMs. 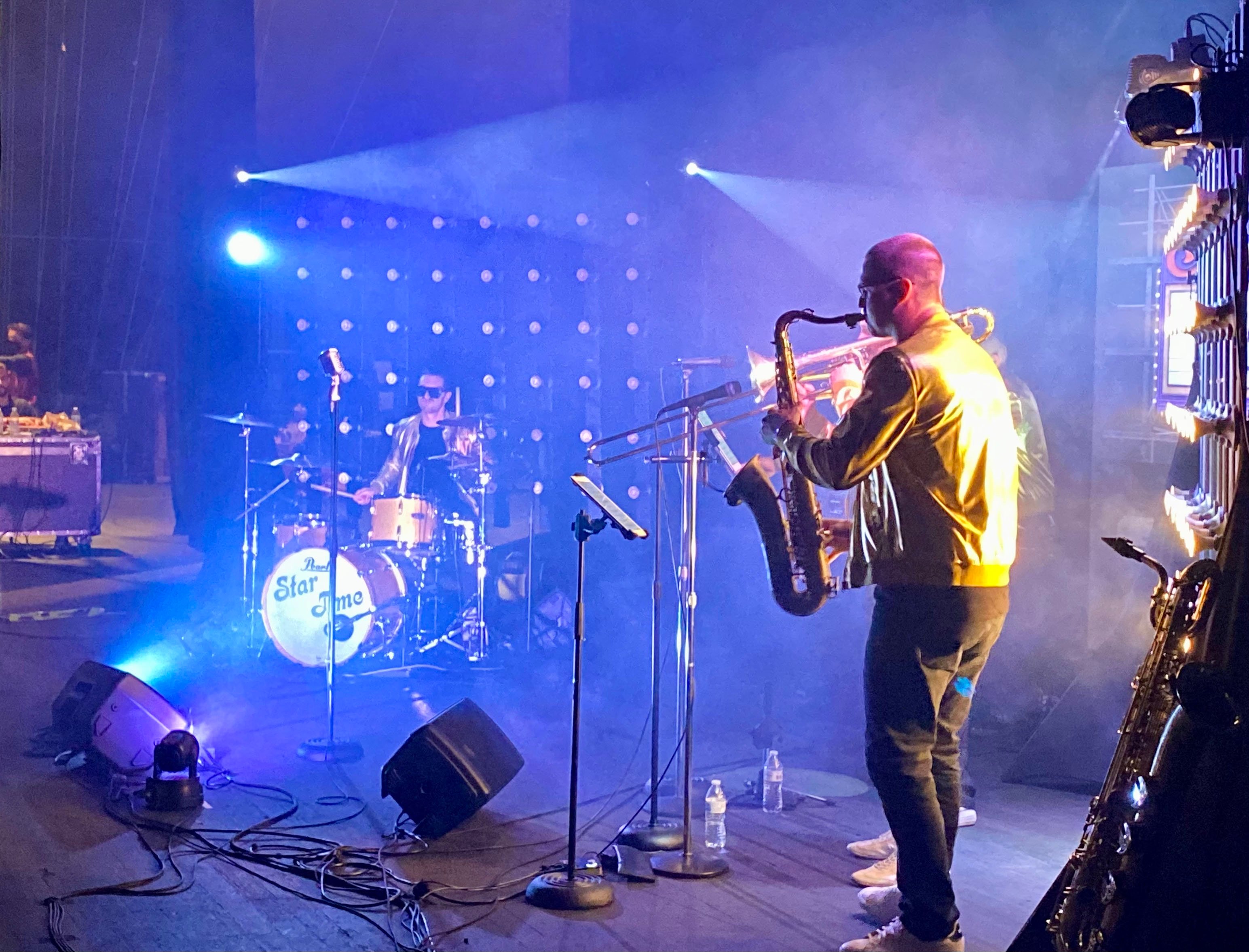 “I was hired to handle all of the audio and monitoring backstage, including the multiple wireless microphones and wireless in-ear monitors,” says Caramuta, who is also the director, audio tech and keyboard player for Paradigm Party Band, a leading event-music provider in the region, which lets him see wireless-audio challenges from both sides of the business. “There were going to be ten to twelve acts at this event, and we were going to need eight wireless microphones, but when I scanned the venue using an RF Explorer spectrum analyzer, I could see immediately that there was virtually zero availability for wireless in the Shure H50 and H9 bands. Almost nothing. Nowhere to put the wireless microphones we’re using.” But it wasn't a problem for long. Based on previous advice from Don Boomer, senior applications engineer at RF Venue, Caramuta strategically deployed his two RF Venue Spotlight antennas, which enable wireless mics to function reliably in highly crowded RF environments. “I positioned two of them on the floor and now I had spectrum,” he says. “It sounds dramatic – ‘just like that’ – but that is how amazing the Spotlight is. We went from near zero spectrum to zero problems. I ran eight wireless mics through those antennas and through two RF Venue DISTRO4 units, to tie all of the wireless microphones to the antennas. I also used an RF Venue COMBINE4 for the in-ear monitors. No dropouts, no matter how the performers moved around.” Caramuta says that while the TSE show was an especially challenging RF environment, all live events have become more difficult as RF spectrum availability has diminished in recent years. In every case, though, RF Venue products have literally saved the day. “At another big corporate event recently the RF coordinator came to me and said, ‘sorry, but there are just no frequencies available for you,’” he recalls. “I said, ‘Don’t worry, I’ve got RF Spotlights.’ He told me he’d seen them demonstrated at a trade show but had never used them before. They literally saved the show – we had six wireless microphones operating flawlessly, no dropouts, for four straight days. I’ve had wireless microphones in front of huge video walls and never a dropout or any kind of interference. All of RF Venue gear is phenomenal. And that’s why I use it, everywhere, all the time. It never lets me down.” 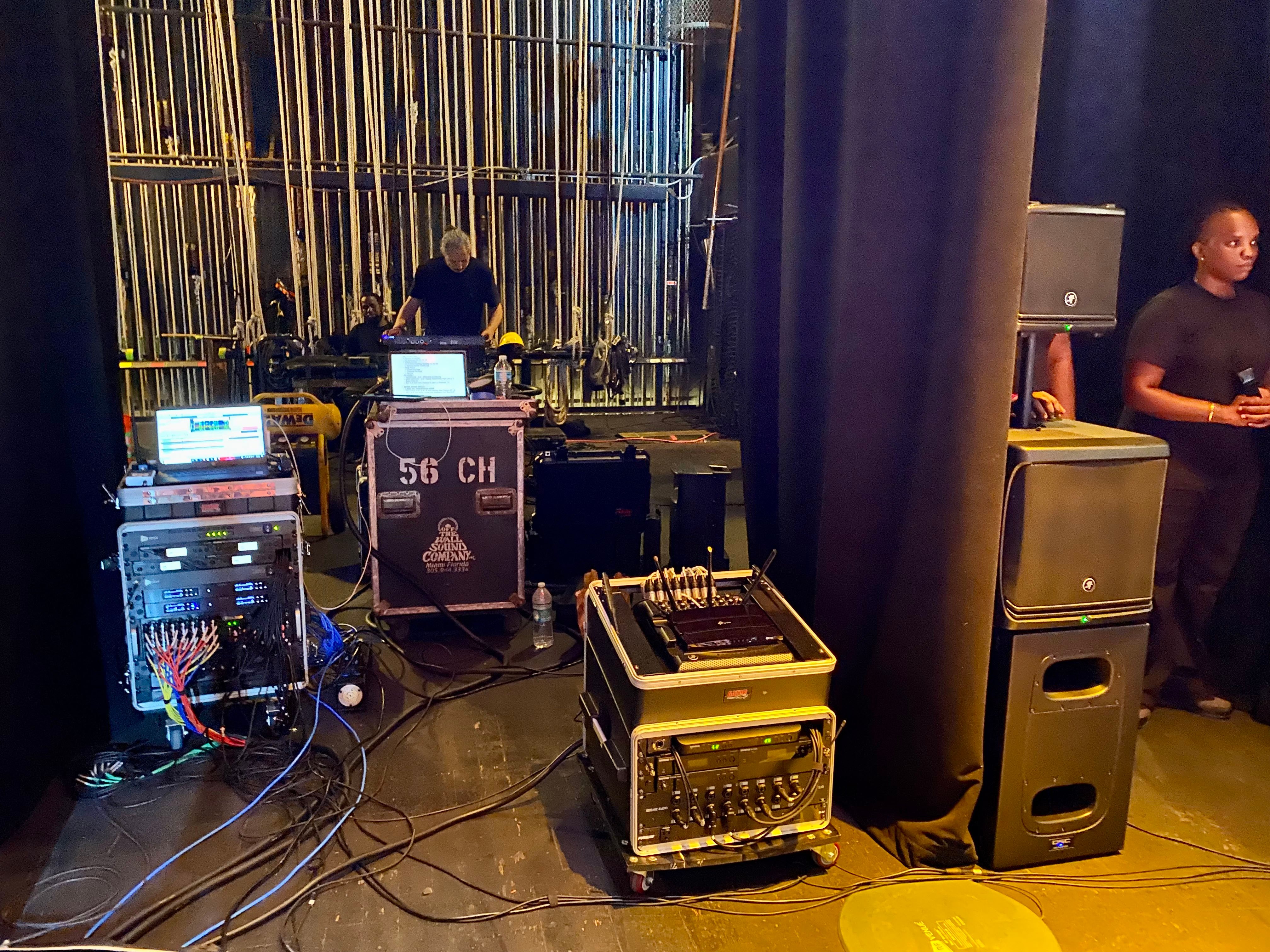