Ashland, MA, USA, January 20, 2022 — The Family Farm is the secluded performance venue of the Family, a 120-year-old fraternal organization based in San Francisco. The Family sponsors charities and organizes benefits and other events, most notably its annual “Flight Play,” written and performed by club members. Those performances take place at the Family Farm venue, on the outskirts of Palo Alto about 10 miles south of San Francisco proper. It’s a bucolic setting, on the edge of several nature preserves, but that hasn’t shielded it from the how the RF spectrum has been significantly reduced over the last decade, with the FCC auctioning off much of the UHF and VHF frequency ranges traditionally used for mobile-device applications, limiting what’s available for wireless microphones used for theatrical performances. 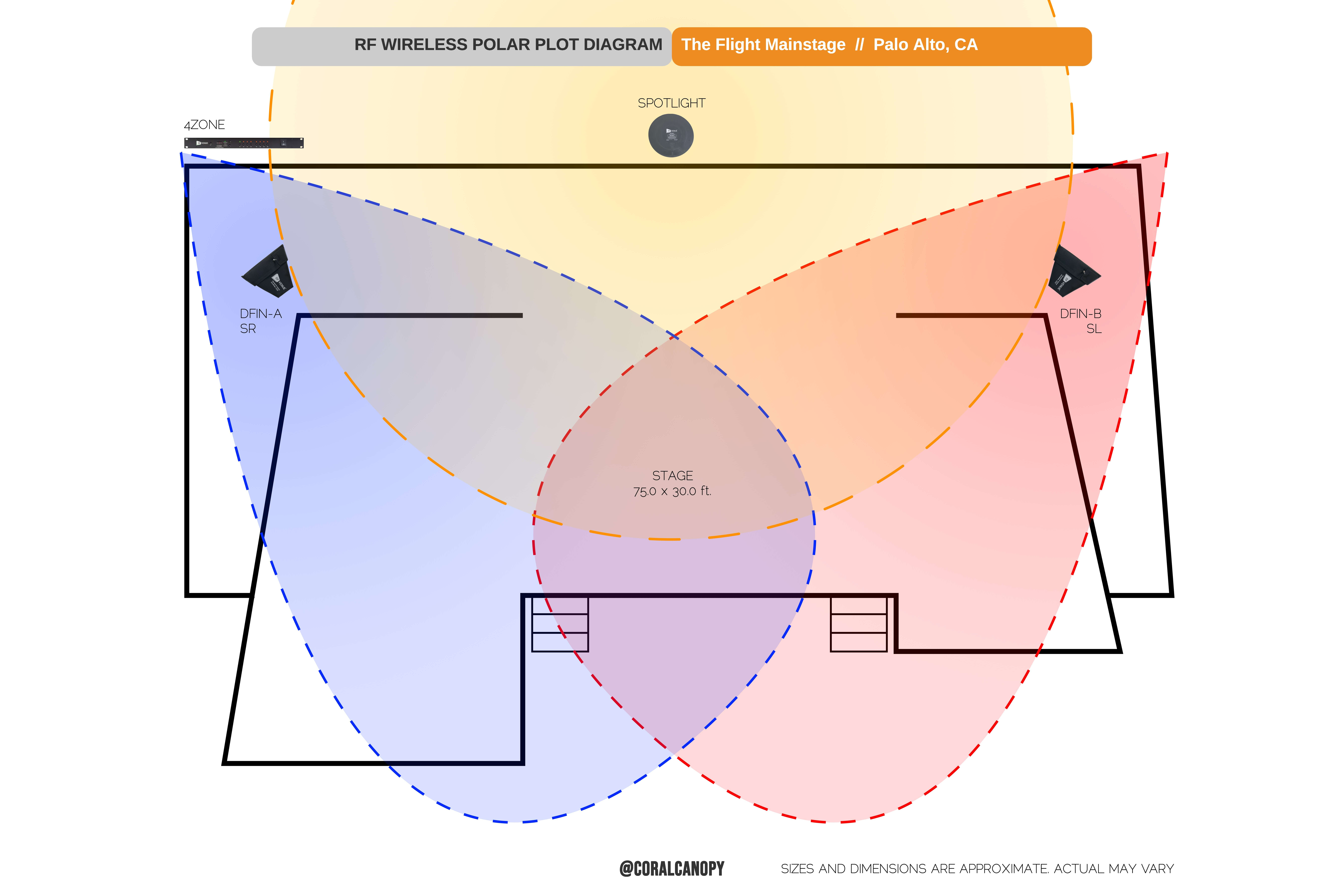 That’s what Alan Chang, Principal of Coral Canopy (a multimedia production house that covers the gamut of film, television, concert, theater, orchestra and choral sound design and system integration) faced when the Family Farm sought help in dealing with spectrum constraints ahead of last year’s Flight Play. “The show, which takes place each summer and is usually a musical with a historical context, can have as many as 20 to 40 cast members,” explains Chang, who named his company after a nonprofit nature preserve he once founded. “There are a lot of moving parts — we had 36 channels of wireless microphones this year, plus two backup channels. And in a tighter spectrum environment like we have now, that’s a challenge.” 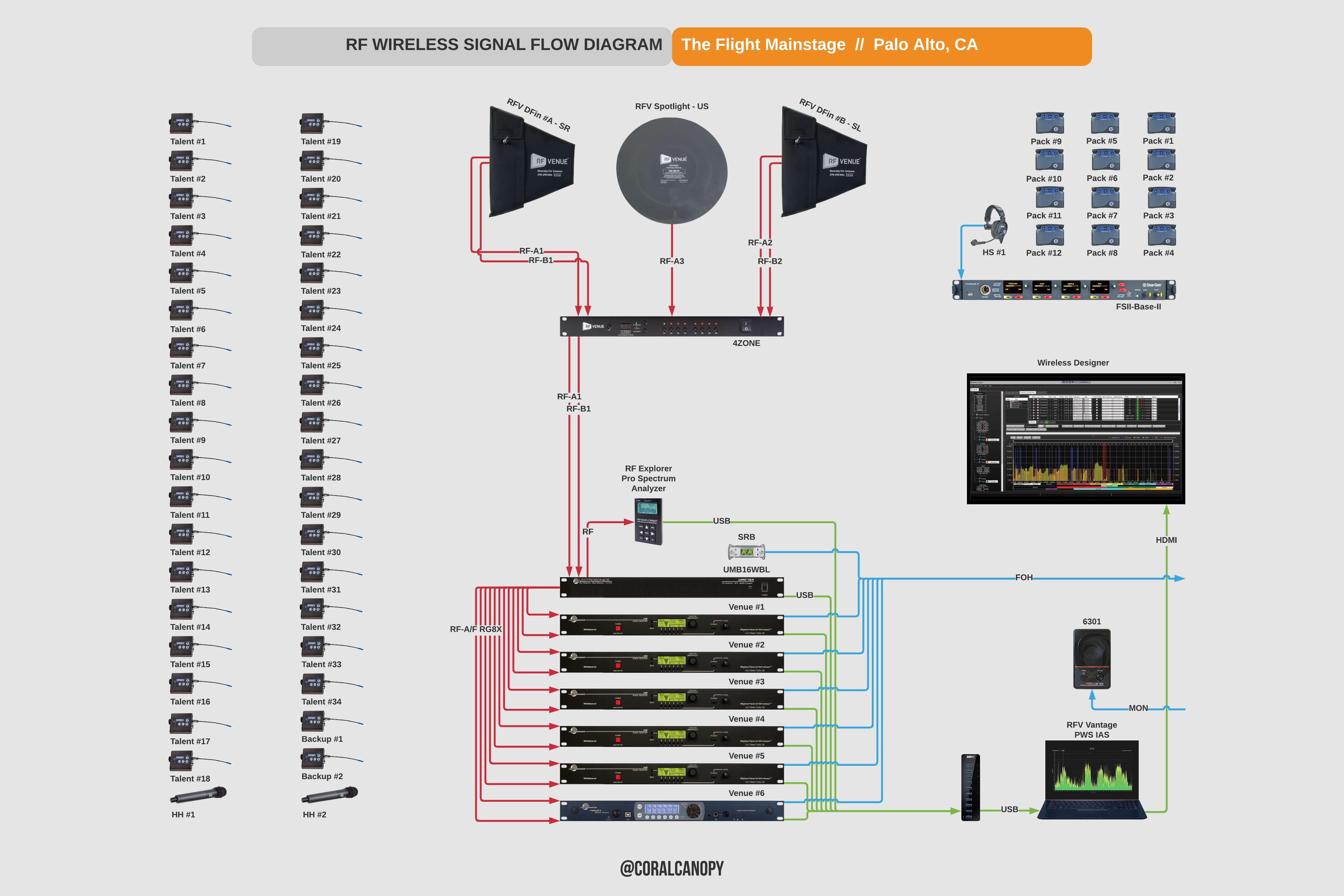 Fortunately, it was a challenge met with the help of solutions from RF Venue. Chang says he had been using the RF Venue Diversity Fin® antennas for a decade now, encountering them early as a beta product. “We’ve deployed them across a wide range of events, from television to theaters to concerts, and they’ve always been great,” he says. “But what really made a huge difference this year, with the tighter spectrum environment, was the RF Venue 4 ZONE™ active antenna combiner. The 4 ZONE was located near the stage, feeding the A/B combined antenna pair into a main rack with the wireless receivers. We used an RF Venue Spotlight™ omni floor pad antenna upstage, with one D-FIN by stage left and another D-FIN by stage right. It was a great combination of systems.” Additionally, RF Venue’s RF Explorer Pro Audio Edition handheld RF analyzer was deployed to aid in monitoring performance of Coral Canopy’s Lectrosonics wireless system. 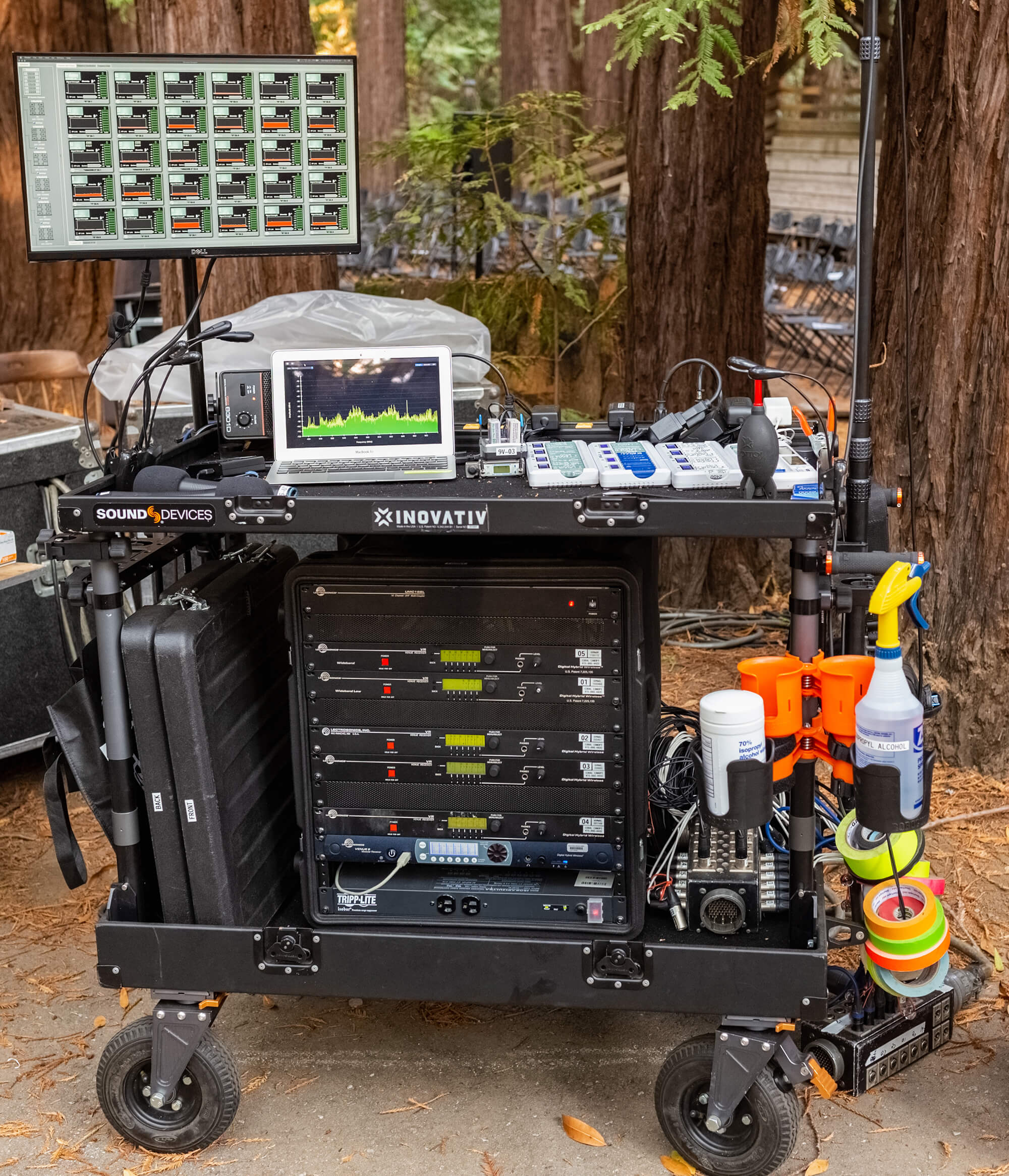 Chang explains that onstage performers wearing wireless bodypacks will often turn away from and out of the line of sight of wireless receivers, precipitating dropouts. “With the combination of the 4 ZONEs and the RF Venue Spotlight, we had complete coverage of the entire stage, even when performers were facing downstage.” Chang especially noted the 4 ZONE’s 31 dB of individual channel RF attenuation, calibrated in 1 dB steps so he can adjust the gain of each antenna to minimize any overlap. And the RF Venue technology had a positive impact beyond just what’s seen in the spec sheet. “Because the coverage is so complete, the front-of-house mixer for the show can really stay on point during the performance, not having to worry about dropouts at all,” he says. “RF Venue gear just works and works well, and the products are user-friendly and reliable. That’s everything you’d ever want in a wireless antenna solution.”