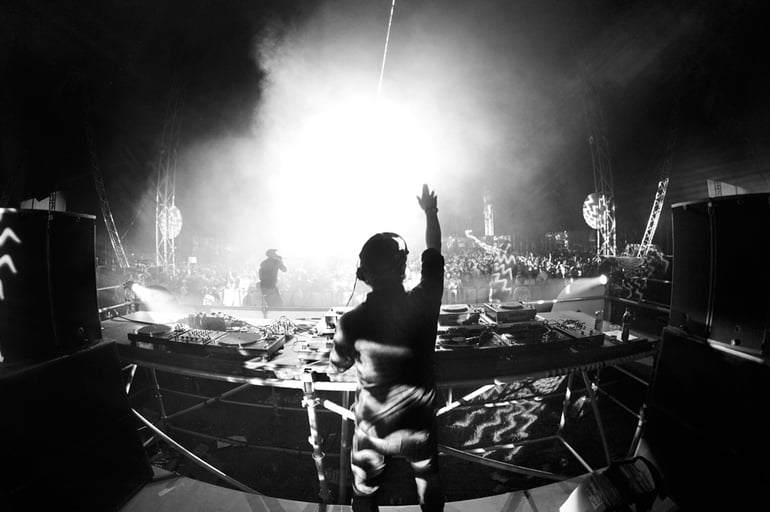 If you picture a Venn Diagram with the two circles containing the words “DJ” and “wireless”, I doubt you’ll be very surprised to hear that the middle overlapping slice is a mere sliver in today’s nightlife climate. To the Technics-indebted, vinyl purist DJ, the idea of going “wireless” may even subtly seem to suggest some sense of impurity. The club jock, on the other hand—those who rely on already-installed CDJs—probably has less of an ethical problem with the idea of wireless but might be wary of adding a new element to a previously tested-and-stable club setup.

Let’s allay both of these concerns right off the bat: there is much use for wireless in the club, as there is in the modern day festival, where wireless is already widely used and understood. If this knowledge doesn’t seem apropos now, it will be sooner than you’d think, as the global electronic market has continued to expand into previously untapped markets and areas of the globe.

So here's a quick primer for you DJs out there:

There are two types of microphones that can be used wirelessly: handheld and lavalier, which are pinned or mounted to clothing. A wireless microphone system consists of a transmitter, which sends RF signal and usually fits in the microphone handle or in the case of lavaliers a small belt-clip case, and a receiver, which picks up the signal and is wired to the venue’s loudspeaker system, usually through a mixing desk. The transmitters are battery powered, and ensuring that the batteries are properly charged at all times is an essential part of maintaining strong signal. Some transmitters used in the news gathering world will attach directly to any mic through an XLR input, but these typically are too bulky for stage use. Similarly, lavalier mics can be made with high impedance inputs, allowing the performer to use an electric guitar or other instrument over a wireless link. All wireless microphones operate in a specific frequency range, which here in the US, is regulated by the FCC.

So, why do you, as a DJ, need wireless microphones? Quite simply, the biggest advantage of going wireless is the ability to move around the stage, venue, or dance floor. This becomes especially important when an MC comes into play, or if you are utilizing a live-hybrid setup with guitars or electric bass. Similarly, a wireless lavalier microphone allows for more dynamic body movement, another important piece of the puzzle when leading a crowd.

What problems are you likely to encounter when using wireless microphones? The most common issue plaguing wireless setups is signal dropouts, which occur when there is inadequate signal level at the receiver. Dropouts can often heard as a “flutter”, or a "pffft" sound over an audio system. Too much distance between the transmitter and the receiver can also cause dropout, and this is especially true on a crowded dance floor, where bodies will soak up RF energy. It’s also important to determine whether any of the stage props or lighting equipment will cause reflection, thus interfering with your signal.

There are a few ways to approach ensuring dropouts don't occur. The surest is to have the receiver be on or above the stage with the DJ, and then use a standard audio cable to run back to the mixing desk. This optimizes for highest signal to noise ratio by limiting the distance between the transmitter and the receivers. Remote antennas and using proper antenna distribution are also easy add-ons to a club wireless system to dramatically improve performance. Placing these antennas with good line of sight to the transmitters will decrease the likelihood of dropouts.

And lastly, make sure batteries are properly charged and secured before a performance. The last thing you want interrupting that hot freestyle over your breaks is a dead mic!