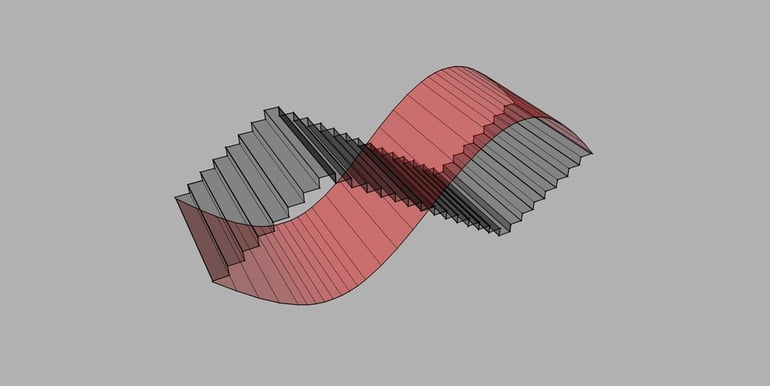 Yes, the argument you've all heard many times before. Just like my pontifications last time on gear lust and the ever-evolving need to pick up the latest thing, the analog vs digital discussion is one carried on nearly constantly across the world. It's discussed in terms of recording format: mp3s vs vinyl (something we will eventually come back to, I'm sure), analog tape vs DAT (now a forgotten relic), but it's also a frequent debate in the world of audio processing: hardware vs plugins.

There's good reason this is debated with the fervor of a thousand watts all blaring at once: everyone's a critic! Everyone has the capability to be a home “engineer” with their own home studio and their own collection of plugins that take up no more space than the space of your hard drive. Putting together a home studio before the rise of personal computers meant not only owning instruments and microphones but sound processors like compressors, eq's, reverb and delay units. If all of these can be replicated today inside our digital workstations, do we still need all of the tools they purportedly replaced?

This question brings me to the real question, that I've been working from every angle, thinking about in a way that researching and writing about a complex topic can only facilitate:

Using the lens of scientific theory, do analog or electromechanical hardware effects on an audio signal produce a manipulated signal which is measurably different than DAW/console/digital plugin effects of the same type, applied to the same signal, measured in the same way?

That sounds like a real heavy question, the kind that inspires TL:DR posts and incessant online bickering. So, in layman's terms, we are really talking about something known commonly as DSP:

Digital Signal Processing. DSP exists in many fields of computing, but in audio, "Digital Signal Processors (DSP) take real-world signals like voice, audio, video, temperature, pressure, or position that have been digitized and then mathematically manipulate them." (source: http://www.analog.com/en/design-center/landing-pages/001/beginners-guide-to-dsp.html) These incoming signals are analyzed, computed, and often converted back to analog audio, all in milliseconds timescales and often much, much faster.

So, can current DSP sound as "analog" as real analog, can be it as "real" and "lifelike" as audio coming out of a pair of tubes? To get to the bottom of this question, I chatted with two experts in the field of DSP, and the truth is, the question just deepened.

Gregory Scott is a familiar name to engineers well versed in both the worlds of analog and digital. His company, Kush Audio (also sometimes simply called UBK) makes high-end, boutique quality analog preamps, compressors, and saturators, as well as a selection of DSP plugins under the Kush name that have been heralded for their sonic gooey-ness (my words, not his). He also recently started Sly-Fi Digital, which as the name suggests, takes an all DSP approach and offers a range of plugins that do more with less. As if that's not enough to keep him busy, Scott also runs the UBK Happy Funtime Hour podcast, where he regular pontificates on all things audio.

When asked this question that has been bopping around my head about scientific "distinguishability", Scott quickly turned the notion on it's side: "I confess I don’t think I know what “scientifically indistinguishable” means, but I’ll say what I’ve always said, which is that I don’t think plugins will ever sound exactly like analog, for the same reason that watercolor will never look exactly like acrylics: they’re fundamentally different media that use different forces of physics to achieve similar ends. It has nothing to do with computing power and everything to do with what an EQ algorithm inherently does to high frequency transients compared to what an inductor EQ does to them."

"That said,” he continued, “sometime in the very recent past, DSP evolved to the point where it is completely capable of sounding warm, smooth, euphonic… all the buzzwords we’ve attributed to analog for so long are now within the purview of the plugin. The trick is in understanding that the two formats do still sound quite different, so you have to treat them differently, listening for different things and applying different techniques in order to get comparable outcomes."

Scott seemed to suggest that we are in fact already in the future, we’ve reached maximum velocity, all systems are go. Analog or digital sonic characteristics, those that are typically described as using all of the above buzzwords, seem to be possible, albeit with one major caveat.

"Analog in my experience is faster to work with, more forgiving, and more idiot proof," Scott went on. It’s easier to make things sound good, and hard, often impossible, to make things sound bad. Plugins are the opposite, unless you know what you’re doing, things will degrade fast; but as you learn your tools, you learn how to coax what you want out of them, Ironically, owning analog tends to teach people how to be better plugin users and better engineers."

Digital as model, as learning source, as emulation. It doesn’t have to be an exact representation, Scott seemed to suggest, as long as it accomplishes what we want it to accomplish, to our ears. An interesting perspective, one that made moot our question of "scientific" distinguishability and brought things back to the question of human subjectivity: what do our ears want to hear?

Scott's musings on the topic made me want to dig a little deeper, so I spoke with Tom Hall, content specialist at San Francisco-based Cycling 74. The software development company is one of the largest designers of DSP products, as well as one of the oldest, dating back to 1997. Cycling 74's flagship application, Max, has found it's way across the globe into a myriad of audio, visual, and "other" projects, and is now bundled with Ableton Live, the popular electronic DAW.

When I broach the subject of analog vs digital with Hall and whether or not we are at such a time when the two are even scientifically distinguishable, he brings up a good point: the listener's context. The two things are only going to be scientifically distinguishable using a set of tools that almost no one has access to, thus making the question fairly moot. Hall said, "The problem as I see it is that DSP is powerful enough to emulate analog and very well could be getting it perfect, but that the ‘listener’ and the ‘composer’ are using such a wide array of equipment these days that every single person is going to hear it in a different scenario, style, place and bandwidth." He continued, "I'm obviously not an ‘analog’ purist. Blind test is the only way, your ears won’t lie. However one must consider that speakers, oscilloscopes, rooms are all calibrated differently."

Chatting with both Scott and Hall didn't necessarily bring an answer to my question—the amount and variation of testing needed to scientifically answer whether ANY signal can be made via an analog or digital source is too broad, too unapproachable, and leaves too many variables. And though both have clearly shown a love of analog (Scott through the carefully curated gear he produces with UBK and Hall through a whirlwind of modular synthesizers that he commands both in the stage and the studio), when talking about the open-ended world of digital audio, each seemed to be more excited about the possibilities of what DSP could do and less concerned with DSP emulating what once was. It seems the future will have it's own plans for us after all.