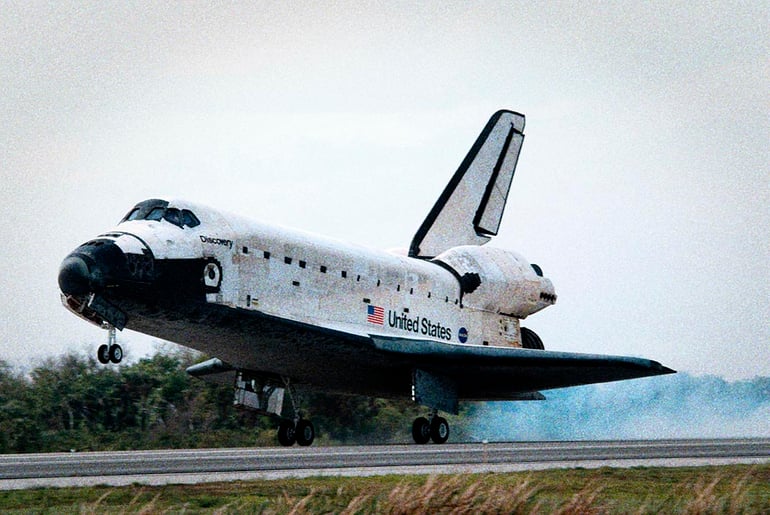 Imagine the above image of the space shuttle Discovery returning to Cape Canaveral to the unstoppable pulse of your favorite classic rock anthem with the overdriven whine of a rhythm guitar moving the composition inexorably forward. Forward toward good times.

Yes, we were gone for a long and lonely time.

You were cold. Desolate. Afraid.

There were a few articles here and there, sure, but mostly you heard static while floated about in the ether.

There, we encountered many ideas and beings of vast power, including a skilled Swedish front-end developer named Carl.

We have returned from beyond, with a hold full of goods:

CAPE CANAVERAL, Fla. – A cloud rises from Runway 15 at NASA's Kennedy Space Center in Florida as the wheels of space shuttle Discovery contact the pavement. Landing of Discovery March 28, 2009, completed the 13-day, 5.3-million mile journey on the STS-119 mission to the International Space Station. Main gear touchdown was at 3:13:17 p.m. EDT. Nose gear touchdown was at 3:13:40 p.m. and wheels stop was at 3:14:45 p.m. Discovery delivered the final pair of large power-generating solar array wings and the S6 truss segment. The mission was the 28th flight to the station, the 36th flight of Discovery and the 125th in the Space Shuttle Program, as well as the 70th landing at Kennedy.