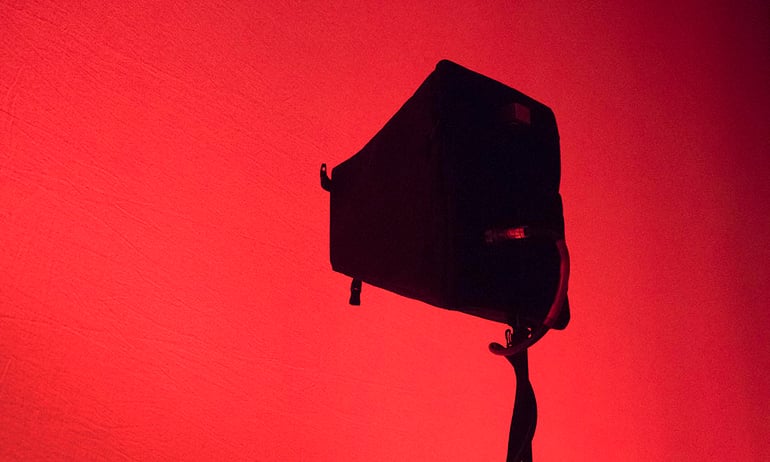 External antennas are an incredibly effective tool for solving interference and dropout problems of all kinds.

But, it is possible to use an external antenna incorrectly in a way that increases problems instead of making them better, or use them in situations where their benefits are either unwarranted or inappropriate.

When a stock whip/dipole antenna is replaced with an external antenna, and that antenna stays in the booth or FOH, performance improvements come mostly (but not entirely) from an increase in directional gain.

Directional gain is usually good, because of the effective amplification of signals in front of a directional antenna, but directional gain increases the signal strength of all signals within the antenna’s coverage pattern, not just yours.

A reference dipole antenna has a gain of 2.15 dB. A directional LPDA (aka paddle or shark fin) might have a gain of 4-7 dBd, and helical antennas are available with gains as much as 12 dBd. 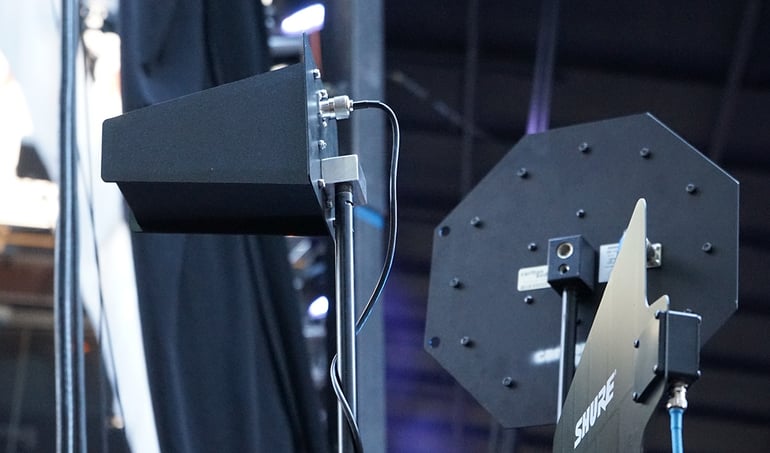 High gain antennas increase the effective signal strength by increasing the density of radio energy in certain directions, similar to the way a lens or telescope focuses light into a small space (thereby increasing the apparent brightness to an observer) without increasing the amplitude of the source of the light itself. 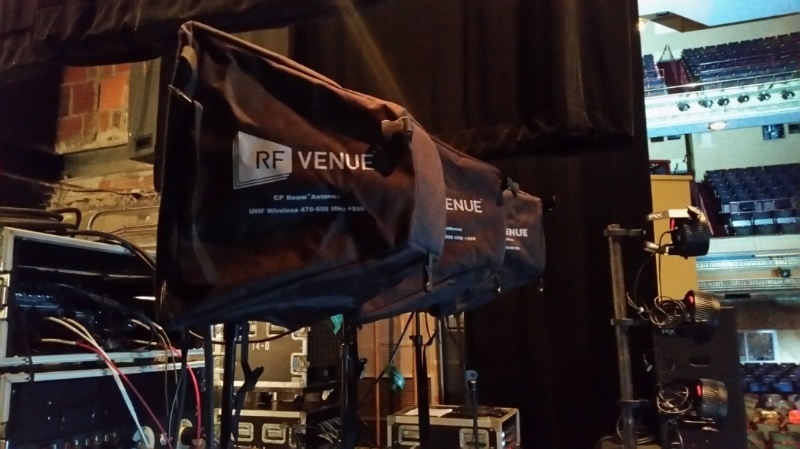 LED panels and TV stations are the most common culprits in this scenario, but unintentional interference can come from nearly any electronic device, and if another intentionally radiating device, like an intercom or microphone from a roaming news crew wanders into the coverage pattern of your directional antenna which were previously being attenuated, buckle up.

In a rack, IEM transmitters often live right next to wireless microphone receivers. Letting IEMs and mics share a rack while using stock whips/dipoles can result in disastrous wireless because the IEMs are spitting out lots of RF while the mic receivers are trying to listen for very low amplitude RF coming from the stage. Cramped together in a metal cabinet is not the best place for the two species of device to live.

A solution is to separate IEMs and mics into different racks spaced a good distance apart, paired with both antenna combiners and distributors (great refresher at this link if these terms are confusing to you), each with their own separate antenna. 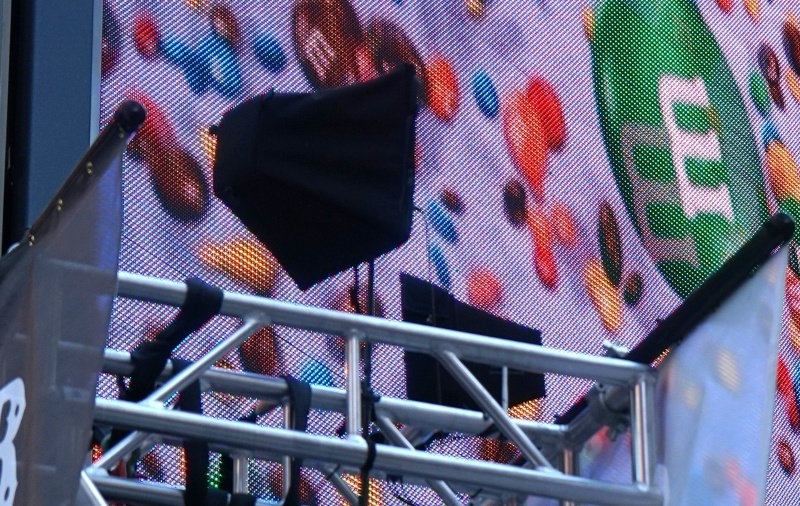 A transmit and receive antenna (CP Beam and Diversity Fin) deployed in Times Square, pointed in opposite directions, and offset horizontally, to avoid contamination.

Sometimes, techs might not separate mics and IEMs into separate racks, but know enough about RF to get rid of stock whips and feed the rack’s combiner outputs into an active signal/antenna combiner and the receiver outputs into an amplified antenna distributor. Unfortunately, if you place the external mic receive antenna and IEM transmit external antennas too close to one another, the comparatively high amplitude RF emitted from the IEM transmit antenna can easily bleed into the mics’ receive antenna, which is looking for very weak signals and may end up picking up or being overwhelmed by the IEMs instead.

We always advise our customers to place transmit and receive antennas at least 10 feet apart, minimum, to avoid unintentional interference between IEMs and mics, and never point the two directly at one another, no matter how far apart they are.

If you’re using an external antenna, you’re also using coaxial cable to connect that antenna to the receiver or antenna distributor.

There are more links in the signal chain, and therefore more links where mistakes can be made or equipment can malfunction. 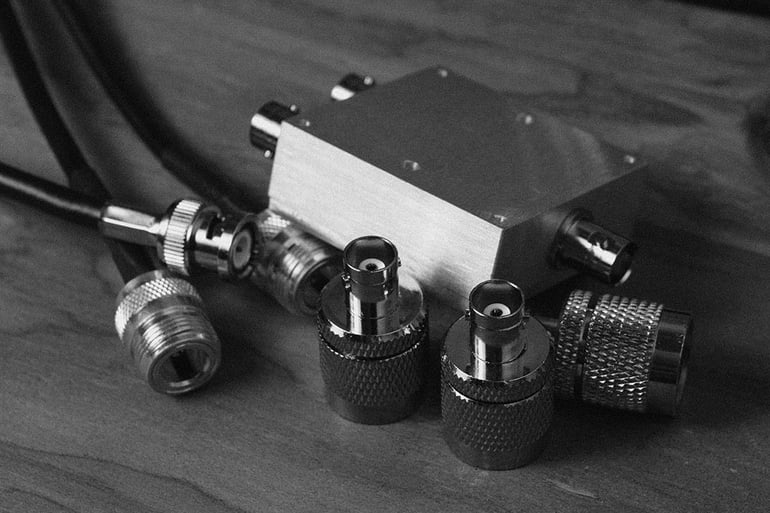 When trouble occurs, cables and connectors are usually the last things to get inspected, when they should be the first!

Coaxial cable is fragile and easily damaged. The damage can occur inside the cable, or just as commonly at the BNC or SMA connectors terminating the cable on either side. If you have the resources, always check your cable to make sure they are transmitting RF signal properly.

I don’t have enough fingers on my hands to count the number of times we’ve tracked what a customer thought was a “bad antenna” to a severely damaged cable or missing center pin.

Long cable runs can also cause dropouts by reducing signal strength through in-line attenuation. The longer the cable run, the more in-line attenuation you get. Industry standard RG8X steals about 1 dB per 10 feet. 200 feet of RG8X reduces signal strength by about 20 dB (a lot). Even if you have a directional antenna attached to the front of that 200 foot run with 7 dB of gain, you’re still down 13 dB at the receiver, which can increase the likelihood of dropouts.

So called “active” antennas do not increase received signal strength at the antenna. Active antennas are just passive antennas with in-line amplifiers on the back. 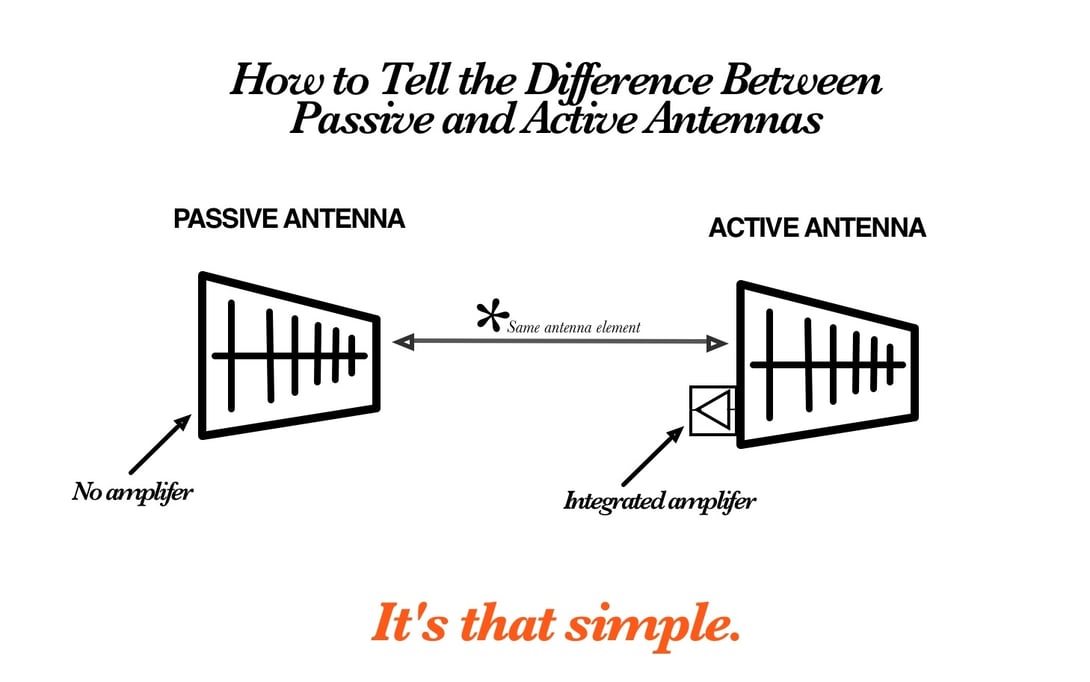 They are not, should not, be used to “pick up more signal” because that’s not what they do. Rather, active antennas boost the amplitude of the signal gathered by the antenna in front of it to compensate for long, lossy feedlines. Much more on this common misconception here.

Active antennas can be very useful when cable runs longer than about 100 feet are in use, but when active antennas are used with short cable runs the signal delivered to the rack can easily be too strong, overwhelming the sensitive front-end of receivers and causing audible distortion or noise.

We frequently get calls from small venues, churches, and events where FOH or the rack position is near to the stage, and an active paddle is mounted on a small stand on top of the rack and connected to receivers with a 5 foot shorty—the perfect recipe for RF overload and ensuing screeching and hissing over the PA.