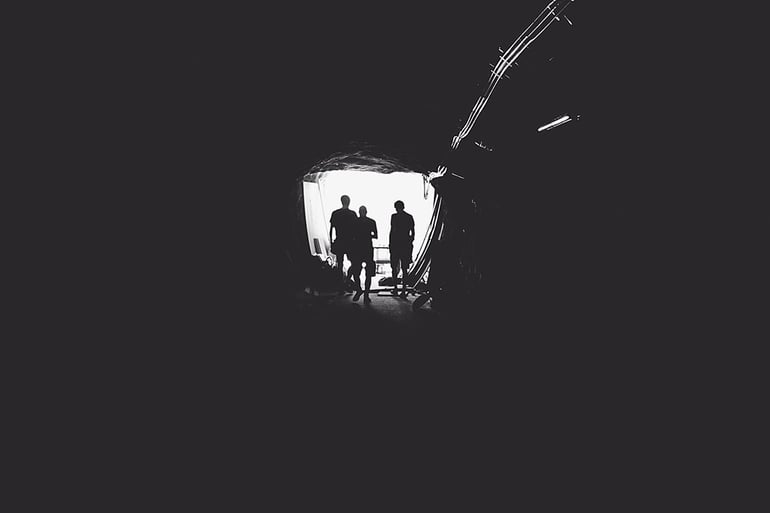 A few days back we got an email from an engineer in Spain about whether our RF Optix fiber optic remote antenna system is compatible with a so-called “leaky coax” system in an underground mining communications installation.

Just when I think I've heard about every sub-field this tiny industry has to offer, another, even more obscure one emerges.

Leaky coax though, also known as radiating coax, really isn't that obscure—we just don't hear much about it at RF Venue.

Radiating coax allows RF to go where RF shouldn’t go at all: in the depths of a mine, on subway platforms, freeway tunnels, military bunkers, aircraft carriers, nuclear reactors, and more.

“The purpose of ordinary coaxial cable is to contain radio waves inside the cable,” says Tony Fedor, a Product Manager of cable at Times Microwave Systems. “The purpose of radiating coax is to let it leak out. It’s like having a continuous antenna where antennas aren’t practical.”

When connected to a radio, the exposed inner conductor in a length of radiating coax works like one long antenna. The metal shielding is deliberately absent, or selectively perforated or shaped to allow RF signal out into the environment at very low powers, or, in receive applications, expose the conductor to energy. Cable is laid out wherever RF coverage is needed.

There are many different kinds of radiating coax. Some are designed for specific frequency ranges, others have different loss characteristics, or types of connectors. The figure below is of Times Microwave’s popular T-Rad line. 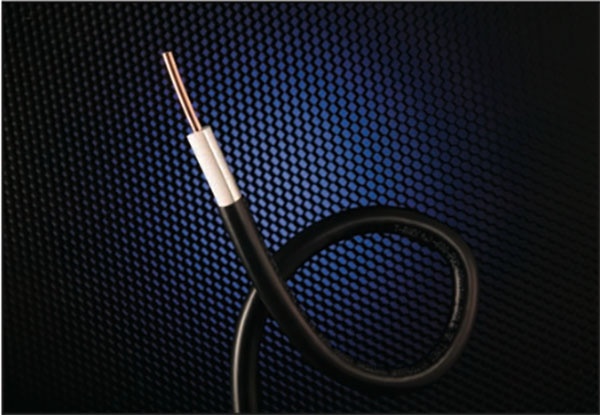 It’s a little hard to see, but the shielding is split lengthwise and peeled back, making a semicircular sheath around the center conductor. 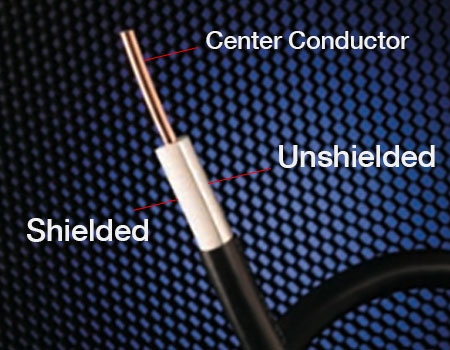 Mine communications may be one of the largest and oldest markets, but radiating cable is useful anywhere antennas are difficult to install and radio waves have difficulty propagating.

Applications range from mundane to exotic.

New York City and other major metropolitan areas have miles and miles of the stuff lining subway platform and tunnel walls so police, emergency personnel, and construction workers can communicate with the world above.

Tony tells me how Times Microwave supplied cable to a group that installs and services nuclear reactors, so they can keep in touch with people walking around in hazard suits inside the facility. Two-way radios are useless without leaky coax because of thick radiation shielded walls and airlocks.

It’s also buried around top secret facilities and used a covert perimeter detection system. A sensitive electromagnetic field hovers around the cable. Anyone that passes through the field changes the capacitive yield of the system and is perceived by monitoring software hooked up to the line.

There are even applications in sports and entertainment.

“We’re working with a company that has RFID tags embedded in golf balls,” says Tony. “They have a driving range with coax down the length of it that allows golfers to know precisely how far their ball has gone. They set up driving contests, and other games.”

Though the principle behind radiating coax is an easy one, in practice designing radio systems that use leaky coax is difficult. The biggest challenges are loss of signal strength (it is leaking after all), and coupling loss from imperfect connections.

All sorts of powered distribution thingamabobs are in this literally dark corner of the wireless industry to get around the problem. Just search “leaky feeder amplified distribution system.”

I asked Tony whether there were expert leaky coax design engineers who might talk to me about their work.

“They tend to be very secretive about what they do, and reluctant to give up much information—I’ve tried,” he said. “They only describe leaky coax as a ‘black art.’”