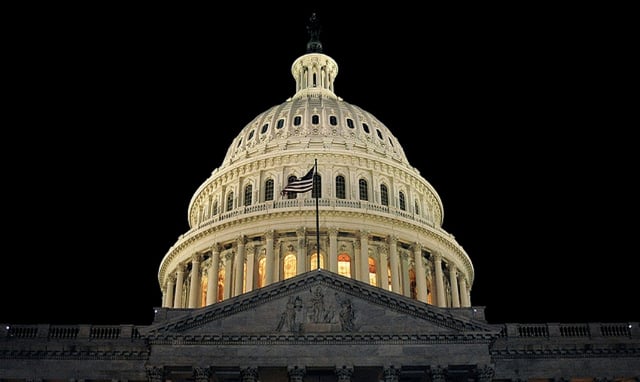 Mitchell Lazarus is a telecommunications attorney who has been in private practice for the last three decades. He advises a wide range of clients on the intersections between telecommunications regulation and technology. He has been instrumental in the regulatory approval of many essential wireless technologies, as well as the wireless audio industry’s evolution from an unregulated enigma to a recognized and important part of the wireless ecosystem. He is a partner at telecommunications law firm Fletcher, Heald, & Hildreth in D.C., where he blogs for the always fascinating CommLawBlog.

Tell us a little bit about your background, and what you do today.

I am a lawyer with a background in electrical engineering. A lot of my work involves getting new, radio based technologies to market that don’t fit the FCC’s rules. We try to get the rules interpreted, modified, or waived, as needed. I also do a lot of work on equipment authorization, labeling, test procedures, and working with TCBs and test laboratories to get products approved.

What is an example of a device that doesn’t fit the FCC’s rules, but deserves approval?

I’ll give you two easy examples, both well known. One is the millimeter wave airport body scanners. They don’t comply with FCC rules, so we needed a waiver to bring those to market, and we accomplished that. Another one, also well known, is WiFi. In the original FCC rules that authorized WiFi, there was a cap on data speed. If you’re familiar with the various WiFi subtypes, they authorized WiFi 802.11 “b” at eleven or twelve megabits per second. When “g” came along at 54 megabits, the FCC turned it down as being too fast. We worked with the manufacturers and with the FCC to get that rule changed, so that high speed WiFi is now universal.

Is the FCC paying attention to wireless microphones? - which lie in the shadow of Telecom and Silicon Valley, and other larger industries who also occupy the UHF broadcast band.

We have vigorously brought to the FCC’s attention the importance of wireless microphones, and the need to protect them, through the upcoming incentive auction and other changes. The FCC now gets that. It took some work, but the FCC now does understand the importance of the technology. What they realistically can do is limited, because there is only so much spectrum, and there is going to be less of it for wireless microphones after the incentive auction process has run its course. We’re working on opening up other spectrum. While nothing will ever replace UHF for the main performance applications, we’re trying to move intercoms and IFBs and some other more ancillary functions off UHF and into other bands to free up as much UHF as possible for critical microphone use.

We have heard some discussion about a move to VHF.

Well, that’s not where we’d like to go. It’s fine for IFB and a few other applications, but the antennas get unwieldy, and the noise floor is very high in VHF. Pardon the technical term, but there’s a lot of crap in those bands.

Is it true that wireless microphones were operating illegally in the UHF broadcast band until 2010? Because I have heard that rumor flying around.

No. Many of them were, but not all. You could get a license under part 74 if you were a broadcaster, a broadcast network, a cable system, or a filmmaker, and one or two other categories. The heaviest users were mostly licensed. The ones who were not licensed were concert venues, Broadway, churches, even the FCC’s meeting room had one. All of those non-broadcast, non-film applications were operating illegally. (Last June the FCC made venues and sound companies that routinely use 50 or more wireless microphones eligible for part 74 licenses.) With a little bit of help from us, the FCC in 2010 adopted an order that granted a waiver for any applications for microphones at 50 mW or less. They all suddenly became legal overnight, even the churches and garage bands.

Before that time, was there enforcement of these infractions?

How is that possible? Because I have seen the FCC issue fines for things as trivial as installing fluorescent light fixtures incorrectly. And yet you had the entire wireless audio industry plodding along for decades, unscathed?

I’ve seen other cases where entire industries were operating outside the rules. The FCC understood the importance of the industry and saw that there was no harm being caused, and just looked the other way, and I commend them for that.

A similar case was ground-penetrating radar. If you’re a construction crew, and you’re going to dig into the street, you want to make sure there are no cables or pipes under there before you dig. You take this radar system and run it over the street and get a picture of what’s under the ground. Until 2002, ground-penetrating radar was illegal, but useful and not causing any trouble, so the FCC chose not to enforce against it.

The fluorescent light case is something that actually did cause interference to a 4G cell tower, and the carrier needed to get it fixed—that’s understandable. If it had not caused interference, nobody would have cared.

Many people who use unlicensed devices, like wireless microphones, or routers or Bluetooth devices, are unaware of what “unlicensed” actually means. I was wondering if you could give us, on a basic level, what legally it actually means to operate a radio on an unlicensed basis.

The FCC has a rule section called Part 15 which lays out power limits and other constraints across different bands in the spectrum. You have to comply with those rules. For example, if you’re in the WiFi band you have to be under one watt, no more than so much power per bandwidth and other requirements, and get your device tested in a test lab and then get it approved by an organization called a Telecommunications Certification Body, or TCB, which grants FCC certifications. Once you have that certification, anybody can operate the device anywhere within the US jurisdiction, without a license.

Wireless microphones are just a little different in that they were not brought in under Part 15, but everything else I just said still applies. It has to meet the requirements, it has to be certified by an FCC representative, and so forth.

In the 700 MHz case, we transitioned from analog to digital TV, and, for a lot of technical reasons I won’t bore you with, the digital stations can be packed more closely together geographically than analog stations. When we repacked the spectrum for digital we were able to do it in less spectrum, and we freed up 108 MHz, because we didn’t need it anymore for TV. The FCC auctioned off half of that for wireless broadband, and the other half is being used for other purposes. That spectrum appeared for free because of the digital repacking.

That was step one. Step two is, the FCC says to itself, “hey, that was easy, and we pulled in almost 20 billion dollars in that auction to wireless broadband, so let’s do it again.” Except that now there’s no available spectrum. The FCC is exploiting the fact that a digital 6 MHz channel can accommodate four of the old broadcast quality video channels. On your TV, you have several video channels on one RF channel. The FCC thought media broadcasters would be willing to share RF channels in exchange for money, or, maybe some would like to go out of the business. They’re offering to broadcasters the option to share spectrum or go out of the business in exchange for money.

There are two stages to the auction. In the first stage, broadcasters will bid on how little money they would take in order to share or leave the business. If enough broadcasters are willing to share or leave the business, that will open up spectrum. Then in the second stage the FCC will turn around and auction that newly freed up spectrum to broadband providers like AT&T and Verizon.

The reason the 600 MHz auctions are more complicated is because in the first UHF auction, in 700 MHz, the spectrum just appeared as a byproduct of the DTV conversion. In this one, they have to manufacture available spectrum through the incentive auction process.

We don’t know whether this auction will succeed. It’s possible broadcasters will say, “no, we like being in this business, we don’t want to share and we won’t go away.” And if it does succeed, we have no idea how much spectrum is going to become available.

What has the wireless audio industry done right, in your opinion, to anticipate and change their practices and technology in the face of these upcoming regulatory practices?

You’ve done two things right, at least. You have brought to the FCC’s attention the fact that this indispensable industry is at risk from FCC action. You have also become much more interested in packing more microphones into a channel than you formerly could. There were times when an engineer would find that intermodulation distortion was causing microphines to interfere with each other, so he would just shrug and space them farther apart. You are getting much better about designing more linear electronics, keeping the IM down, and finding more ways to pack more microphones into six megahertz. That is a huge help.