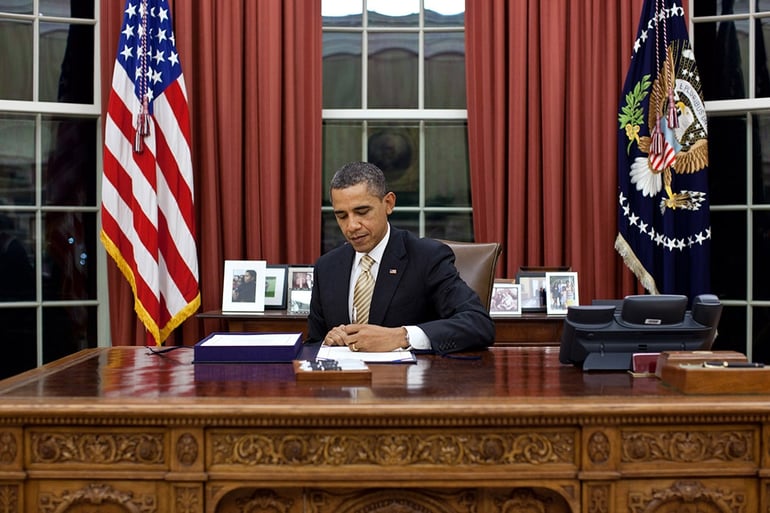 After months blogging intermittently about the Incentive Auctions, I realize I have relied heavily on secondary sources. Many of those sources, in turn, are also relying on secondary sources. Which is not really the best thing to do, because the Incentive Auctions are a strange and confusing thing. Everyone knows what happens when you play "telephone" with confusing information. The information on the Incentive Auctions we have discussed here on the blog has been correct, but it is still illuminating to trace the auctions back to their legal headwaters, section 6403 of the Middle Class Tax Relief and Job Creation Act of 2012, where Congress passed the law ordering the FCC to conduct the auction while simultaneously giving it the authority to do so. I found the language to be surprisingly straightforward.

I would encourage anyone who has a baseline understanding of a) how the VHF/UHF TV broadcast band is organized b) the general principle of the incentive auction, to read just the few pages in the Job Creation Act of 2012 that pertain to the auction. The fun begins in section 6402.

Seriously, check it out. And if you don’t have the time, I’ve pulled out a few gems to discuss.

What the Incentive Auction is going to accomplish is so unique that it requires the help of Congress to modify the foundation of United States communication law, the Communications Act of 1934.

1) and except as provided in subparagraph (B), the Commission may encourage a licensee to relinquish voluntarily some or all of its licensed spectrum usage rights in order to permit the assignment of new initial licenses subject to flexible-use service rules by sharing with such licensee a portion, based on the value of the relinquished rights as determined in the reverse auction required by clause (ii)(I), of the proceeds (including deposits and upfront payments from successful bidders) from the use of a competitive bidding system under this subsection.

“The commission may encourage…” This reminds us yet again that these auctions are voluntary. Broadcasters don’t have to actually give up their TV station channels unless they want to. This raises some interesting questions, like, what happens if a few stations remain in 600? Will the telecom industry still be interested if the entire 600 block isn’t cleared?

‘‘(I) $1,750,000,000 of the proceeds from the incentive auction of broadcast television spectrum required by section 6403 of the Middle Class Tax Relief and Job Creation Act of 2012 shall be deposited in the TV Broadcaster Relocation Fund established by subsection (d)(1) of such section.

That’s a lot of money. But relocating the infrastructure of so many TV channels is likely to be unpredictable. What happens if the relocation fund runs dry before the relocation is complete?

‘‘(II) All other proceeds shall be deposited prior to the end of fiscal year 2022, in the Public Safety Trust Fund established by section 6413(a)(1) of such Act; and

‘‘(bb) after the end of fiscal year 2022, in the general fund of the Treasury, where such proceeds shall be dedicated for the sole purpose of deficit reduction.

If there are additional proceeds (remember, most of the money is going to pay broadcasters for their spectrum) and the Relocation Fund does not cover the costs of relocation, it seems they will get vacuumed up to cover the difference. That brings the score to 1-1-0. Broadcasters: 1. Telecom: 1. People of the United States: 0.

(3) NO INVOLUNTARY RELOCATION FROM UHF TO VHF.—In making any reassignments under paragraph (1)(B)(i), the Commission may not involuntarily reassign a broadcast television licensee—

Here’s something of interest to our industry. Broadcasters don’t want to move their stations down to VHF. They believe their customers get poor reception of digital signal in that range. That means there will still be relatively few TV stations in the VHF range. Mobile TVBDs are also prohibited from operating below 512 MHz. All of this means that the previously undesirable VHF range - which actually has superior propagation characteristics and just as much potential for carrying high quality audio - is fertile ground for the emergence of new breeds of high quality wireless audio devices.

The FCC is poised to release the official rules governing the auction this month: the thing everyones been waiting for with bated breath. When that happens, be sure to check back here on Audio Gloss for our take.